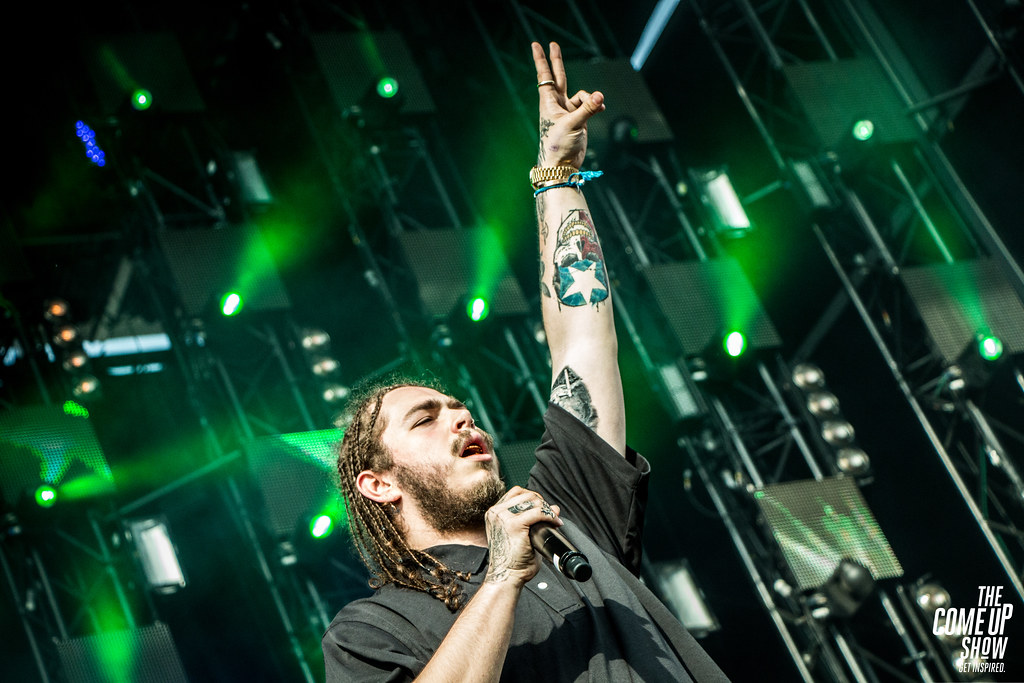 Home » Too Short » How Much is Post Malone Worth?

American singer and songwriter, Post Malone is undoubtedly one of the biggest rising stars in the hip-hop scene. Naturally, being famous for any kind of music leads to riches and plenty of cash to spread around. The memes of famous rockstars and rappers tossing away dollar bills exist for a reason!

But how much is Post Malone worth? Is he as rich as Bill Gates, or is he one of the richest hip-hop stars in the industry? What can he buy with all his money? Let’s dive into these questions and get the details.

How Do You Determine How Much Someone is Worth?

Everyone already knows that the Syracuse, New York native, Post Malone has plenty of money to spare. But figuring out how much someone like Post Malone is actually worth isn’t as simple as taking a look at their bank account. For starters, it’s unlikely that they’ll ever let us take a peek (too bad)! For another, what’s in your bank account isn’t really the full story.

For instance, say that you’re an up-and-coming musician from Grapevine, Texas like Post Malone and you’re in talks with a studio for a music deal. That means that you have a lot of potential, and you might even have a multimillion-dollar album on your hands… But none of that cash has actually made it into your account yet. So are you worth zero dollars or all the potential money that the music can maybe make you in the future?

How Net Worth Works as An Estimate

Net worth is a great way to calculate how much someone is worth in an economic sense and boil it down to a single, overall number. It’s the same term you hear thrown around when you talk about rich guys or CEOs – they’re always discussing their net worth instead of the actual balance in their bank accounts.

Net worth, without getting too collocated, can be found by just subtracting all the liabilities you have from your total assets. Liabilities are things like debts, outstanding fines, ongoing costs, and the like. Assets are things you produce or things you own that have value.

It’s a lot easier to calculate the Post Malone net worth than it is to calculate anything else. Plenty of financial experts have already given their opinion based on what Post Malone makes and his current music deals. The number?

About $14 million – that’s how much Post Malone, also known by his non stage name, Austin Richard Post, is probably worth, at least from a business standpoint. Put another way, everything that Post Malone makes or has with value, like his music or his house, totals up to $14 million.

The Money He Earns

But wait, we can hear you asking. RapTV says that Post Malone’s hit song, “Beerbongs & Bentley” sold over 3 million units in 2019 alone. The debut single easily must’ve made millions of dollars just by itself as it skyrocketed to the top of the Billboard hot 100 charts. Then you have to calculate all the other cash that he makes from his other music deals, promotions, through Republic Records, and so on. It’s important to note so of his other hit songs such as Psycho, Sunflower and Congratulations, mix tapes with 21 Savage, as well as his hit album Stoney. How can he only be worth $14 million?

This number is pretty good when you consider where all the money goes, in truth. For instance, for Post to make and produce that above song, he needs to spend lots of the profits he will eventually make paying for the studio, the promotional people, his managers and marketers, and much more. Then there’s also the cost of transportation, taxes, and so on.

So whenever a hip-hop artist like Post Malone produces a new song, like White Iverson or they don’t get to keep 100% of the profits by any means. They end up having to spread that money around to pay for all of the high-cost stuff that makes their lifestyle possible. After all, it’s not like hip-hop artists put together all their CDs or upload all their songs to the cloud themselves!

Still, having a net worth of $14 million is no easy feat and it’s something that many people would appreciate! What does it mean for day-to-day life? While Post Malone doesn’t have $14 million in his bank account, he likely never has to look at his account balance if he wants to buy something. The only time he ever needs to consider finances is when he wants to buy something big, like his $3 million house.

Imagine not having to think about the money you make. That’s what a net worth of $14 million gets you.

Other Rappers’ Net Worth

It’s fun to look at this number in another light. Like with any creative industry, your average hip-hop artist doesn’t make millions of dollars and doesn’t ever make it to the big stage. This means that the average hip-hop artist only makes a median annual salary of about $62,142 every year. That’s far and away much less than what Post Malone makes every year, guaranteed.

It turns out that there are plenty of hip-hop artists that are much richer than Post Malone, likely because they’ve been in the business for longer. So they’ve had time to collect cash and build it up. The average fortune for most hip-hop stars is around $205 million. But you can always look at the king of moneymaking for this industry: Kanye West, who has a net worth of $3.2 billion. Remember, that’s the value of all his assets and all the productivity he is responsible for.

So is Post Malone rich? If you can’t tell just by the looks of his social media accounts then, absolutely. But he’s far from the richest hip-hop star on the planet; there’s a long way to go to reach that target! Still, Post Malone is only 24 years old, so he still has lots of time to build up his fortune and continue producing popular music that can earn him money and allow him to expand his career. He’s even putting together a studio near his Utah home – if you ask any financial expert, that’s where the real money in the music industry lies.