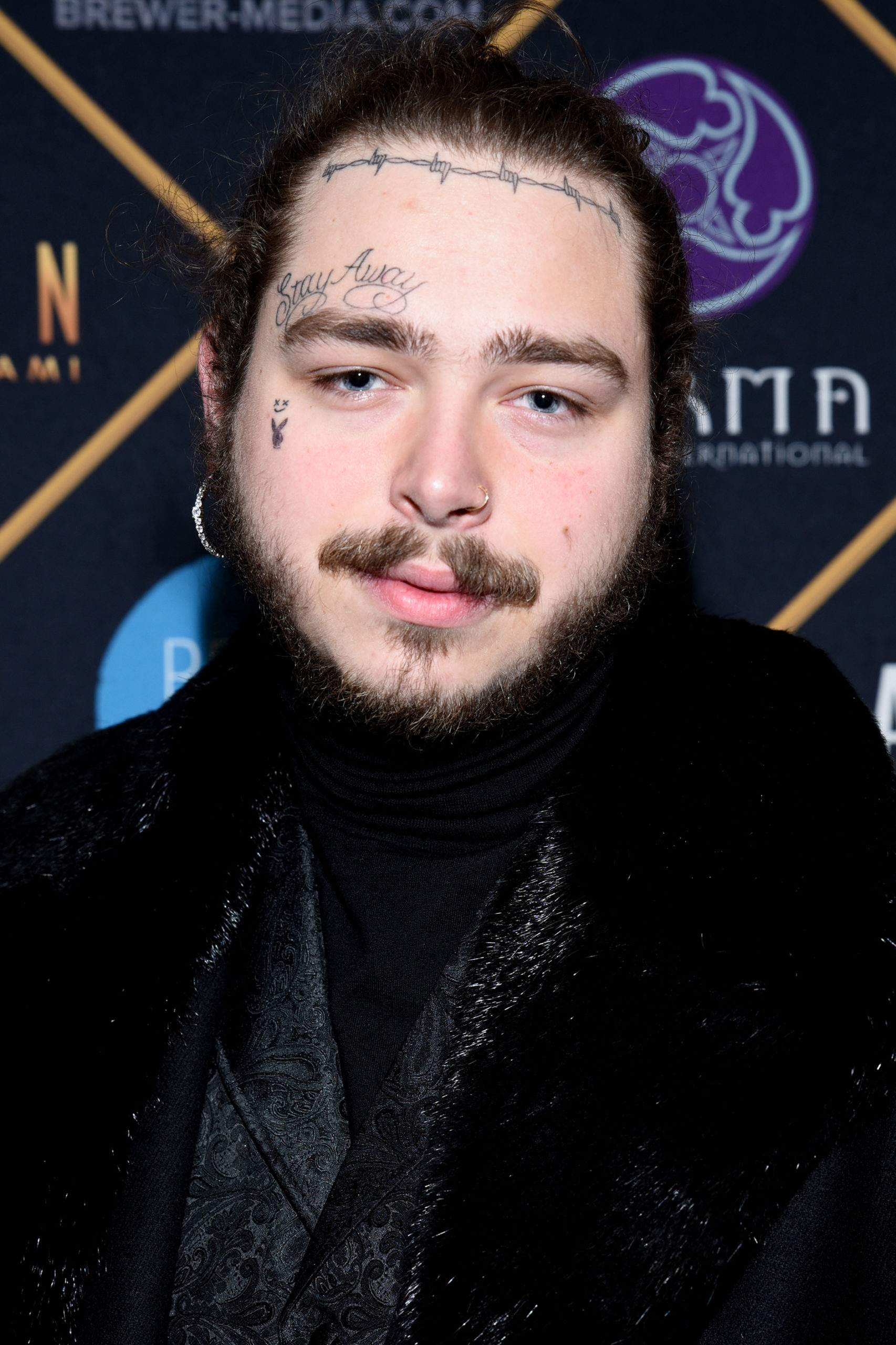 Post Malone is one of the youngest – yet also most successful – recent hip hop icons to ascend to the world stage. He’s achieved excellent success and has started taking strides toward a more diverse and successful career ever since he first blasted to victory with White Iverson, his original award-winning song. But how old is Post Malone, and what led him here in the first place?

Having been born on July 4, 1995, in Syracuse, New York, Post Malone is currently 24 years old, although, at the time of this writing, he’s quickly approaching 25! His real name is Austin Richard Post and he was born to parents Nicole and Rich Post, although he also lived with his stepmom, Jodie, after his parents fully separated shortly after his birth.

Post’s early years were far from being the picture of a “silver spoon in the mouth” kid, although the signs of future rockstar-status were there if anyone had the foresight to look. For instance, by the time Post was nine years old, he and his father moved to Grapevine, Texas, where his father took up a job as the concessions manager for the Dallas Cowboys.

Most importantly, being around his father for so long exposed Post to a variety of musical tastes and genres. His father had worked as a DJ in his younger years, so he transferred some of that broad musical taste to his own son. Thus, Post received a bit of musical exposure before the age of 10.

In 2010, when Post was just 15 years old, he auditioned for a local band called “Crown the Empire” after teaching himself the guitar with the game Guitar Hero. Although he wasn’t successful, taking the chance at such a young age was brave and set up Post for future success as he gained experience and gathered confidence.

The age of 16 was even more eventful for the young Post. It was during this time that Post created the first mixtape he would ever show to others while he was a student at Grapevine High School. It was called “Young and After Them Riches,” and was given out to several of his high school students. Evidently, it was a least partly successful and popular; his classmates voted him as the “most likely to become famous” after the mix tape’s release during his senior year when he was 18 years old.

Additionally, by the time he was 15 or 16 (he reportedly can’t exactly remember which age), Post had already settled on the stage name he would use for his future artistic endeavors. Post, of course, comes from his own last name, but he has alternatively said that the Malone part of the title comes from either a basketball player he admires or from a random rap name generator. There’s no telling which story is the full truth.

Post grew up into maturity and started attending Tarrant County College, but by the time he was 19 he already knew he wasn’t very interested in continuing his education. To this end, Post decided to move to Los Angeles with one of his longtime friends named Jason Probst. There, Probst was trying to make it as a professional video game streamer, and it offered Post the space and independence that he needed to really work on his own music.

Indeed, during the ages of 19-20, Post and several other of his friends put together their own music group called BLCKVRD. As he honed his craft even further, Post met and drew the attention of 1st Down of FKi. This was destiny calling; by the time Post had hit 20 years of age, he had both written, recorded, and made a music video for White Iverson, his debut single that would project him into fame and fortune.

Thus, the first 20 years of Post’s life can be said to be a little bit more interesting and fortunate than most.

Years have passed since that life-changing age of 20. By 2016, the singer and songwriter had a recording contract and was already producing new songs and albums, including his debut album “Stoney”, under Republic Records released in December 2016. Post collaborated with many artists on this album including Justin Bieber. His promotional first single for the album was double platinum “Congratulations,” featuring Quavo, as well as other hits like “Go Flex,” “Deja Vu,” “Too Young,” and “I Fall Apart.” By the time Post was 22 years old, he began working on a new studio album called “Beerbongs & Bentleys”, to eventually be released when he was 23, in 2018 under the same record label. This album includes his hit single “Psycho” with Ty Dolla Sign which has reached the #1 spot on the Billboard Hot 100 chart. RapTV says that this album sold over 3 million units by 2019.

During the same year, he produced a new single from a new album, collaborating with the artist 21 Savage which was nominated for the Billboard Music Award for “Top Rap Song.”

During 2019, when the rapper turned 24, he announced that a third album called “Hollywood’s Bleeding”, was set to be released in September of the same year with collaborations with artists like Young Thug, Lil Baby, and Future. His hit song “Sunflower” was included as a part of this album. It has been certified 8x platinum by the RIAA in the United States.

By the time of this writing (2020), Post has continued development in his career even before he’s turned 25; he’s announced that another new album is currently in progress. He has also been featured in songs alongside other artists like Kanye West, 50 Cent, Wiz Khalifa, and was collaborating with Mac Miller before his death.

It’s certainly not that extraordinary. In fact, most successful artists of most music genres end up hitting their peak in fame and success in their early 20s, or even their teenage years. In this respect, while it is certainly noteworthy that Post has already achieved so much despite only being 24 years old, it’s not that uncommon for the industry at large.

Still, there’s no denying the work and talent that goes into every piece of music that Post produces. Interestingly, the artist isn’t looking to rest on his laurels. Although he hasn’t even hit his mid-20s yet, Post is looking to create his own production company to further secure his creative future. It seems that he understands that the youthful exuberance that he’s known for won’t last forever. To that end, setting up an administrative or overseeing role and career for the future is a smart idea.

The Sky Is the Limit!

All in all, Post is young and successful, which is something that most people can only dream of. It’s hard to imagine where else’s life will go given how many years he likely has left. Post isn’t known for particular medical conditions or abuse of drugs, so it’s likely that he still has plenty of time to make more success out of his talent and enjoy his many years to go.

Time will tell what Post Malone does next – we’ll be watching his career with great interest!