How Tall Is Eminem? 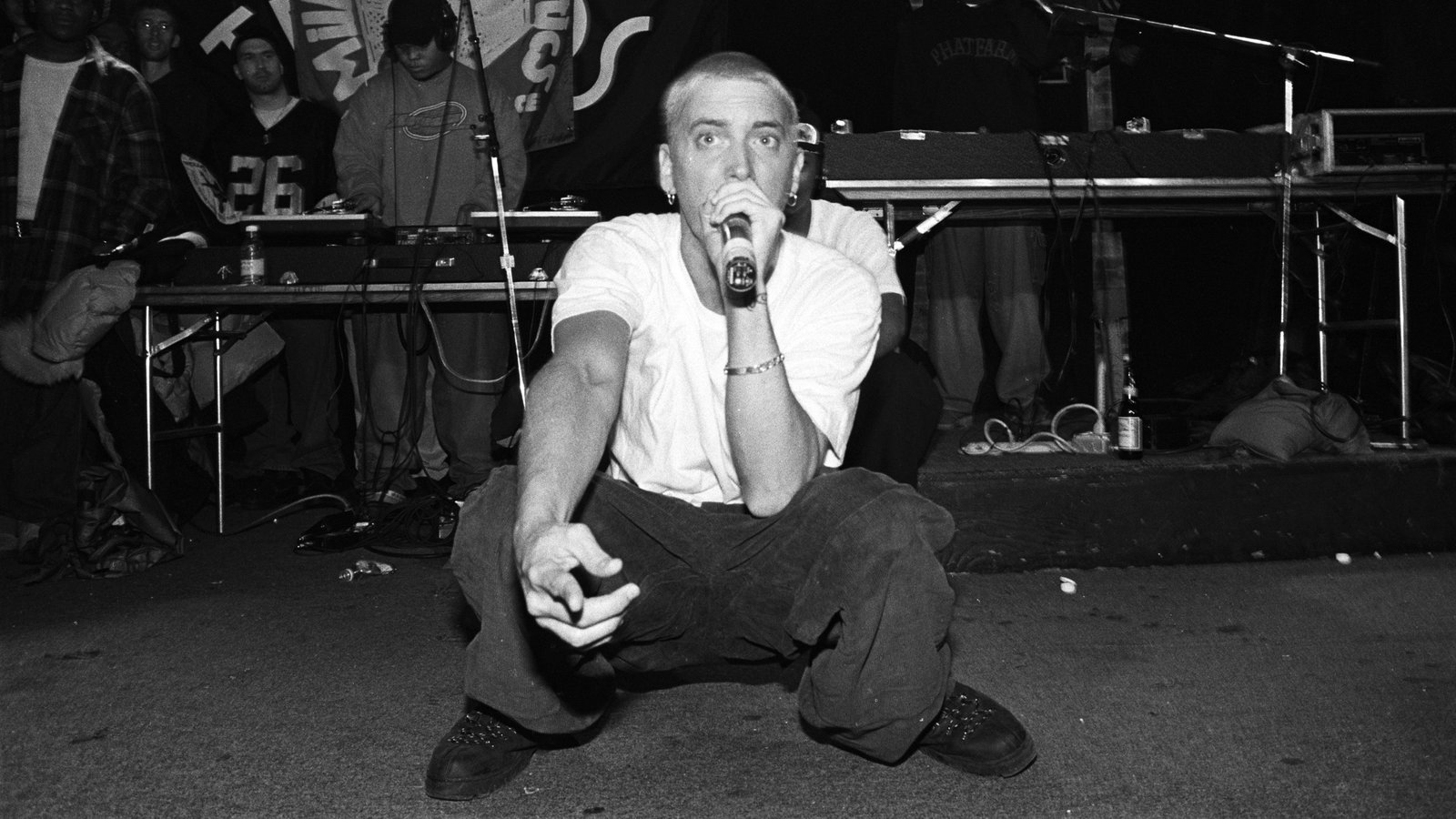 Home » Too Short » How Tall Is Eminem?

Apart from film, music is the biggest and most popular category in today’s entertainment industry. Whether you are at a club, in the car, or watching TV, music is every, and so is rap.

Though rap is widely known, there are still several questions surrounding the famous rap stars like Eminem, a famous white rapper who came out of Detroit. Eminem made it big and rule the rap industry because of his fantastic rapping skills and close to reality lyrics. He’s the Ricky Gervais of rap, wealthy and successful. Are you interested in knowing about your favorite rapper? Then keep reading the article.

Marshall Bruce Mathers III, aka Eminem, is one of the most controversial and influential rappers. He was born on October 17th, 1972 in Saint Joseph, Missouri. He is not only an American rapper but also a music producer, record executive, songwriter, film producer, and actor. Eminem is among the best-selling rappers of all time, with estimated worldwide sales of more than 220 million records. He is also known by the names M&M, and he alters ego, Slim Shady. He spent most of his life in Detroit, Michigan. Eminem had a cruel childhood because of poverty and allegations of abuse.

He began rapping in local clubs at the age of 14. Eminem failed the ninth grade three times before dropping out, determined to make a career in hip-hop music. His first album, Infinite (1996), did poorly, but he did not lose hope and continued the efforts. He caught the attention of Dr. Dre at the 1997 Rap Olympics in Los Angeles, where he stood second in the freestyle category.

Being an Eminem fan, you most likely would be interested in knowing how tall Eminem is? What’s his height? What’s his eye color, etc. Well, RAP TV has answers to all your questions. You must have seen him with blonde hair, but that is not his real hair color, Eminem has dark brown hair color and blue eyes. How tall is Eminem? He is 173 cm, or 5 feet 8 inches, and weighs around 68 kgs or 150lbs. No, Eminem is not the shortest rapper as some other rappers have even shorter heights than him like Lil Wayne, he is 5.5”, Tyga is 5.7”, Lil Jon is 5.6,” and Kanye West with some other rappers has the same height as Eminem, 5.8”.

Eminem is the only son of Marshall Mathers Jr. And Deborah Rae. Eminem’s father abandoned the family when Eminem was still a baby and disconnected from them completely. Eminem and his mom rarely lived in one place for long and often lived with family members as their financial condition was not good. Eminem spent his youth in Detroit in a mostly black neighborhood and got bullied a lot. Eminem’s relation with his mother was never good. He even has publicly accused his mother of drug addiction, emotional and physical abuse in one of his songs. Deborah has denied all the accusations and also filed a $10 million defamation lawsuit against Eminem, but the case got settled for $25000.

Eminem has not always been so lucky in his relationships, and RAP TV will now take a look at those who were once with the award-winning singer. Eminem became friends with Kimberley Anne Scott, who was living with Eminem’s mother at that time. Eminem and Kimberley gave birth to their daughter Hailie in 1995. Later they got married in 1999 and got divorced in 2001. Their relationship went through a lot of drama of divorce and remarrying several times. They finally ended their marriage in 2006 and have the joint custody of their daughter, Hailie. Eminem dated Kaya Jones, Karrine Steffans, Tara Reid, and Mariah Carey, although Mariah Carey has denied that she was with Eminem. But he is single at the moment.

Eminem has three daughters, Hailie Jade Scott Mathers, Alaina Marie Mathers (adopted), and Whitney Scott Mathers(adopted). Hailie is his only biological daughter. Hailie, his biological daughter, has always been his driving force, as he has mentioned her in more than 20 songs. Hailie Jade Scott Mathers completed her bachelor’s degree in psychology from Michigan State University with a 3.9 GPA. Eminem treats all his daughters equally but keeps them out of the spotlight.

Eminem’s Career in a Glimpse

The Slim Shady LP in 1999 catapulted him to fame.  After ‘The Slim Shady LP’ came ‘The Marshall Mathers LP’ in 2000, which is highlighted as the fastest-selling record in the history of rap with famous tracks like ‘Stan’ and ‘The Real Slim Shady.’ The same year, Eminem appeared in the movie ‘8 Mile,’ which was roughly based on his life, but he claims otherwise. Next, Eminem released ‘The Eminem Show’ in 2002, and in 2004 he released another album ‘Encore.’ In 2008, Eminem published a book about his life and career named ‘The Way I Am,’ which also had lyrics for songs like ‘The Real Slim Shady’ and ‘Stan.’

After five years of releasing his last album, Eminem returned with a blast and released ‘Relapse’ which included hit songs like ‘Crack A Bottle’ and ‘We Made You.’ He released his seventh album ‘Recovery’ in 2010. In 2018, Eminem released his tenth studio album ‘Kamikaze,’ it made him earn his tenth Number 1 album and was the best-selling hip hop album of that year.

According to RAP TV reports, Eminem released his 11th album ‘Music To Be Murdered’ on January 17th, 2020, which has tracks like ‘Godzilla’ featuring Juice WRLD and ‘Darkness.’ The music video of ‘Godzilla’ was released on March 4th, 2020, and now has over 147 million views. Eminem has won Grammy for almost all his albums.

According to RAP TV, Eminem’s net worth is currently $230 million. He reportedly makes $10 to $15 million per year. Eminem makes all his earnings solely from his music. Eminem has also established a charitable organization ‘The Marshall Mathers Foundation’ to help underprivileged youth.

You can get the latest updates about all things moving in the rap culture today from song lyrics to interviews, videos, and informative news about celebrities exclusively on Rap TV.