Is Kanye West a Republican? 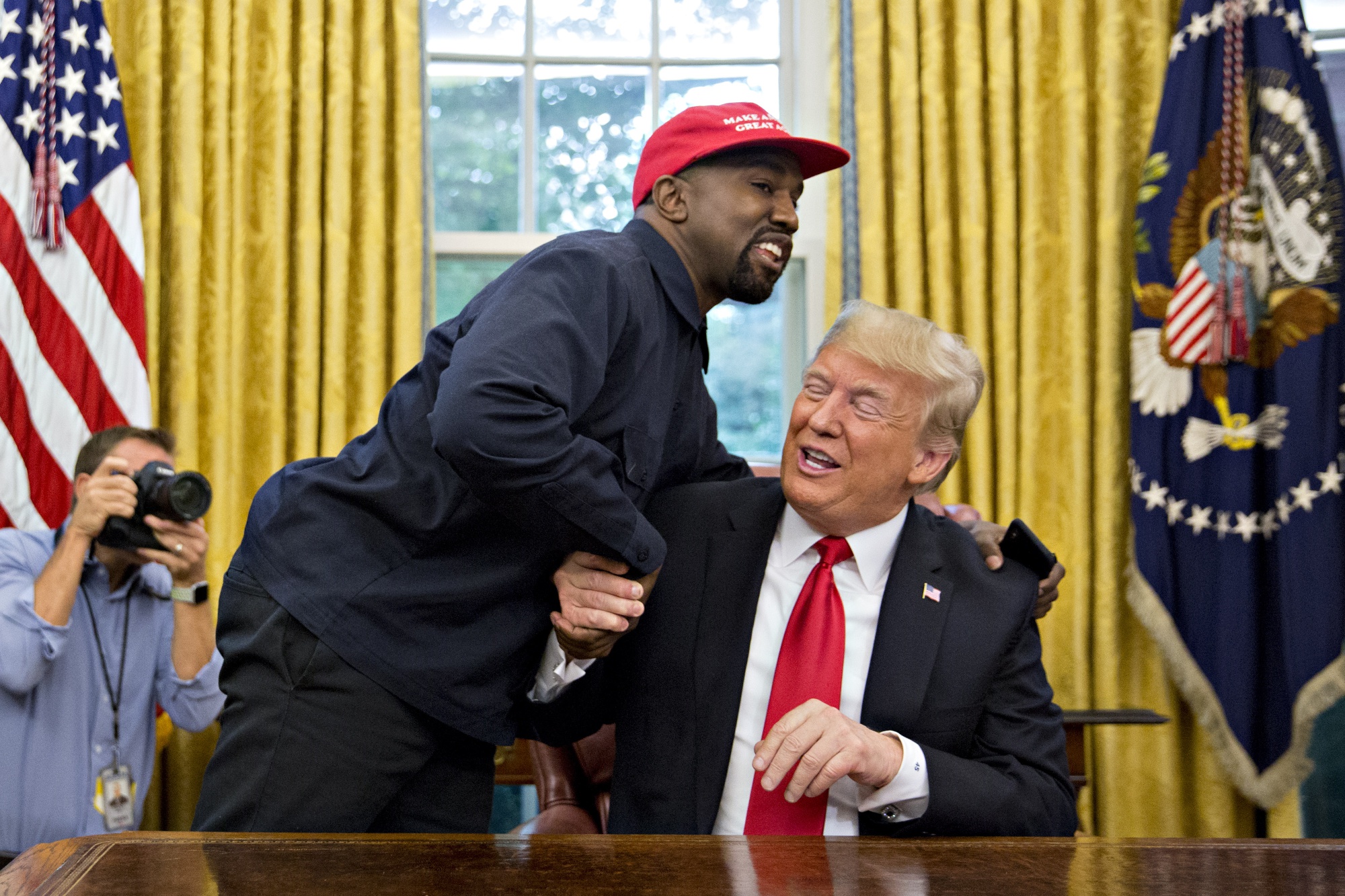 Home » Too Short » Is Kanye West a Republican?

Kanye was born in Atlanta, GA on June 8, 1977. His father was a very active member of the Black Panthers but later on, became a Christian counselor. His mother was an English professor. Kanye graduated from high school with a scholarship to study at Chicago’s American Academy of Art, but he ended up dropping out to pursue his career in music.

He moved to New York City in 2001 and got his big break by producing a track for Jay-z. However, he wasn’t content being behind the scenes. When he decided to reach out and ask for a bigger part of the music industry, even Jay-z didn’t think he would make it far due to not having to struggle during his childhood.

After begging and pleading, and a car wreck that left him with his jaw wired shut for a while, Kaney released his first album in 2004. “The College Dropout” was followed a year later by “Late Registration”.

In 2009, Kanye took a break from music to focus on fashion. It’s rumored that he interned at GAP and Fendi to gain experience in the fashion world. After two failed attempts to launch his fashion ideas in Paris, he decided Paris wasn’t the place for him.

He finally signed a deal with Adidas in 2015 and launched his “Yeezy Season 1” collection. Kanye has pretty much stuck to shoes since then, but there are rumors that 2021 could bring a new “Yeezy” line.

We can not forget about the infamous relationship between Kim and Kanye. Their relationship actually started flirtatiously in 2003. Kanye knew instantly that he wanted Kim in his life, but he’d have to wait a decade to be her husband.

In 2008, Kanye insisted that Kim do some work with him on a project he was working on. In 2009, he reportedly mentioned her for the first time in a verse he did on Keri Hilson’s hit song “Knock You Down”:

“You were always the cheerleader of my dreams / Seem to only date the head of football teams / And I was the class clown that always kept you laughing / We were never meant to be, baby we just happened”.

At the time, Kim was dating Reggie Bush. In 2010, Kanye made an appearance on “Kourtney and Kim Take New York”. Kim was with basketball player Kris Humphries at the time. Kanye later confessed that he called Kim to beg her not to marry Kris, but his attempts were in vain.

The stars finally aligned for them and in 2013, Kanye proposed at the AT&T baseball stadium. The two finally married in Italy in 2014. They currently have four children: North, Saint, Chicago, and Psalm.

Kanye wasn’t only becoming popular on the music charts. He was also causing chaos for the media. In 2005, Kanye appeared on NBC and made a comment about President Bush not caring about black people during a broadcast to help Hurricane Katrina victims.

In 2009, Kanye shocked the world again when he interrupted Taylor Swift’s acceptance speech to let everyone know he thought Beyonce deserved “The Best Female Award” over Taylor. The feud supposedly ended in 2015 and the two were seen having dinner together on friendly terms.

Also, in 2015, Kanye interrupted the Grammy’s to let everyone know that, once again, he thought Beyonce should have won “Best Album” over Beck because he lacked “artistry”.

In 2016, he tweeted that Bill Cosby was innocent. He accused rapper Wiz Khalifa of criticizing Kim Kardashian. He apologized to Michael Jordan for dissing him and he had it out for Facebook founder Mark Zuckerberg as well.

In November 2016, he interrupted his own concert to rant about MTV, Barack Obama, Donald Trump, and several others. He did not finish this concert and was hospitalized the next day.

In 2018, Kanye began tweeting his support for Donald Trump. He also made claims that Trump was his “brother” and took selfies wearing a red “Make America Great Again” hat. He later admitted that he liked Hilary Clinton too and didn’t believe everything the President said because he only agrees with himself.

In early 2019, Kanye introduced his Sunday Service sessions. These performances were supposed to be private, invite-only sessions, but with the help of social media clips were released to the public. Following some other promised yet failed album releases, a 19-track gospel album entitled “Jesus Is Born” was released on Christmas Day. The album includes:

The album includes some big-name gospel singers like Shirley Caesar and The Clark Sisters.

As if Kanye hadn’t done enough to shock us already, he announced he was running for President on July 4, 2020. His first campaign rally was in Charleston, South Carolina. Kanye had 2020 shaved into his head and gave a speech that lasted over an hour.

Kanye had originally decided to run for president in 2016 but decided he didn’t want to run against his friend Trump so decided that 2024 would work better for him and his friendship. Over the summer of 2020, he changed his mind and decided to run for the 2020 Presidential Election.

So, is Kanye Democrat or Republican? Like the man himself, the answer is confusing. Kanye could be getting political support from both sides, but he has said that he’s running as an Independent. However, Kanye can’t run as an Independent presidential candidate in Arizona because he’s registered as a Republican in Wyoming.

When asked about his natural political party, Kanye stated, “I would run as a Republican if Trump wasn’t there. I will run as an Independent if Trump is there.”

Recently, instead of stating that he’s a Democrat, Republican, or Independent, Kanye states that he’s running for the “Birthday Party” because “when we win, it’s everybody’s birthday.” This is a new banner he’s decided on with Elon Musk and an unnamed vice presidential candidate. He also claims he no longer supports Trump. Upon winning, he would also like to build a replica of the White House in Wakanda.

Since he entered the election so late in the game, Kanye won’t be able to be on voter ballots in all 50 states, but that hasn’t stopped him. He is currently in several lawsuits against the states that won’t let him be on the ballot.

This is all coming from a man who is rumored to have never voted in his life. Whether Kanye is Democrat, Republican, or “Birthday Party” still sort of remains unclear. We will all have to wait and see what November brings.