Is Kanye West a Trump Supporter? 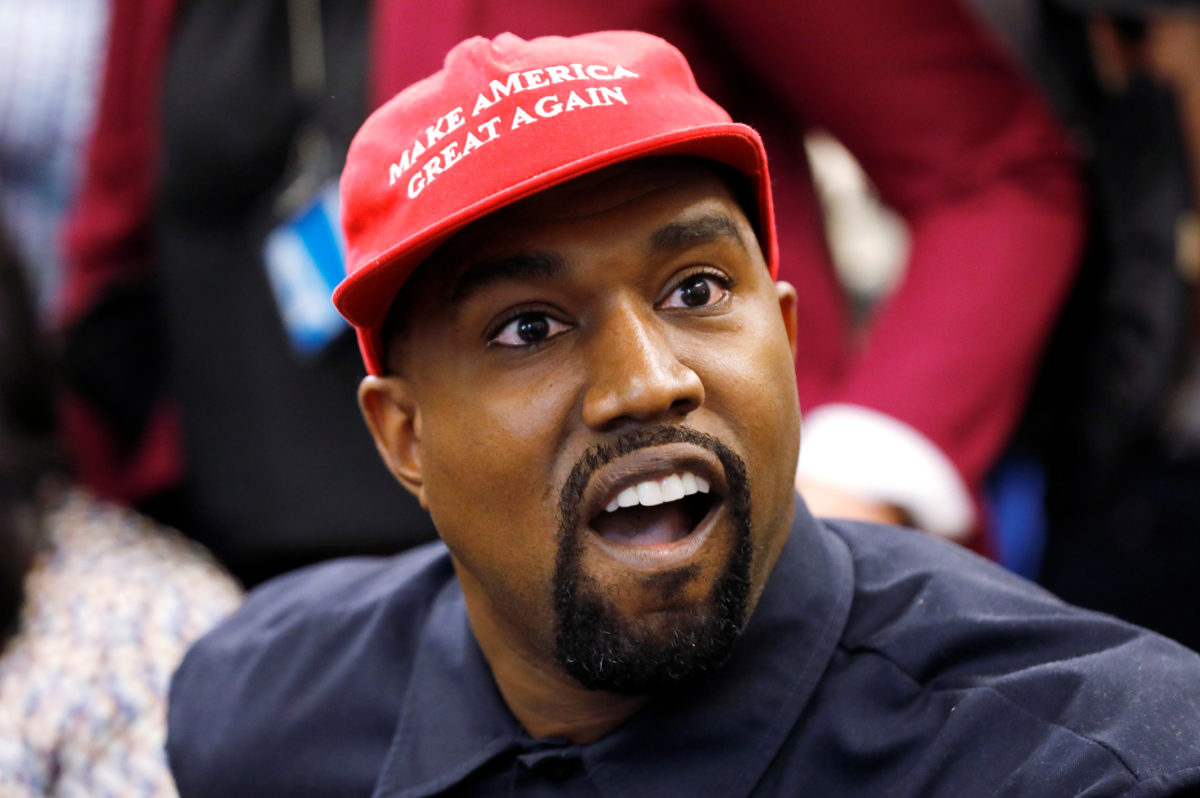 Home » Too Short » Is Kanye West a Trump Supporter?

Amid backlash over his various tweets supporting the current administration– Kanye West has walked back a number of comments supporting President Trump as of July 2020, shortly after doubling down on his own desire to run for president himself.

After (too many) years of supporting Trump unapologetically on social media, in interviews, and on television — has the sun begun to truly set on this bizarre bromance?

Kanye and Past Presidents

Kanye has been no stranger to political commentary in his past, nor has he been shy about saying whatever came into his mind about whoever was in office at the time.

Long before Kanye took to Twitter to praise the current administration or promote himself as president, he had words for President Bush back in 2005 over his response to Hurricane Katrina in marginalized areas, now famously quoted as saying that former President Bush “doesn’t care about black people.”

During a 2005 televised benefit for Katrina victims broadcast on NBC alongside stars such as Leonardo DiCaprio, Lindsay Lohan, and Claire Danes — which raised a reported $50 million — Kanye let his frustration guide him off script and spoke from his heart.

Kanye stood by what he said for a full decade before apologizing, for which Bush forgave him. Former President Bush has also gone on record as calling that time period and “all-time low” for his presidency and his administration.

The show’s senior producer, Frank Radice,  told Slate in 2015 that” I remember hearing the words that were coming out of his mouth and looking down at the script and [thinking], ‘This is not — this is not going well.’  Radice then thought twice about the legendary moment, seeming to accept the jump off-script. “I remember saying [to someone], ‘It was good TV.’ ”

Things did not improve between Kanye and the White House once the Obama administration took over, either. After Kayne famously stormed the stage during the MTV Video Music Awards in 2009 to interrupt Taylor Swift, Obama called Kayne a “jackass” during a behind the scenes break at a CNBC interview which was leaked and went viral.

However, Kanye did not lash out against President Obama, instead of commenting that he would be “more than happy to be the butt of all his jokes if it in some way helps his overall mission.”

Unfortunately, President Obama’s opinion was not changed when he reiterated that Kanye was a “jackass” in a 2012 interview with David Samuels for the Atlantic Monthly. When given the choice between Jay-Z and Kanye, the former President immediately chose Jay-Z.

“Jay-Z,” Obama optioned immediately “Although I like Kanye. He’s a Chicago guy. Smart. He’s very talented.” When asked about his previous comment calling him a jackass, the president responded, “He is a jackass, but he’s talented.”

Many who have been long time followers of Kanye’s career and social media easily attribute his socio-political decline to this bi-polar diagnosis in 2017, but the history goes further back than that. Kanye’s wild, conceptual, and often disjointed statements on politics and leadership could have been affected by his then-unknown illness as far back as the beginnings of his career.

In 2016 Kanye’s wife Kim Kardashian West openly endorsed Hillary Clinton for president via social media. A year after that declaration, rumors rose up that she was considering voting for Trump after speaking with Caitlyn Jenner, who urged her to reconsider her choice with Hillary.

However, Kardashian West would not be swayed and stood by Clinton because she cared about issues close to Kardashian West’s heart – such as gun control and a woman’s right to choose.

In stark contrast with his wife, a week after returning to Twitter, Kanye embraced and endorsed Republican fan-girl content creator Candace Owens; Owens being a long time Black voice of support in Trump’s corner.

Immediately after hitching his wagon to Owens and praising Trump, Kayne also tweeted his support of Hillary Clinton – which fell upon unimpressed followers as an attempt to appear centrist.

Kanye’s ever-changing opinions, support for candidates and pundits, a stream of consciousness tweet threads, and manic deletion of most of the aforementioned in wide swaths have all be evidence of his shift in mental health. Kanye’s condition appears to be gaining traction and speed, and we are unfortunate bystanders unable to do anything but watch from the sidelines of social media.

Back in 2009 when Kanye stormed the stage to interrupt Taylor Swift during the MTV Video Music Awards, now President Trump spoke out that it was a “disgusting” move. The next day, Trump commented to TMZ, “He couldn’t care less about Beyonce. It was grandstanding to get attention.” He furthered that West should be “boycotted” to avoid a repeat of the incident.

However, later in 2014 Trump spoke warming about Kanye and congratulated Kanye and Kardashian on their upcoming nuptials. He told Mario Lopez in a commentary that he knew the couple “very well” and wished them “the best of luck” hoping that they “do well”.

A year after their lavish wedding, Kanye won the Video Vanguard Award at the MTV Video Music Awards and announced his run for the 2020 presidential election in a 13-minute acceptance speech. When asked for a comment, Trump called Kanye’s declaration “interesting”.

During the presidential election of 2016, Kayne openly commented on social media and various interviews that he did not vote that year, but if he had that it would have been for President Trump. A video of his almost 10-minute political rant at a California concert, widely posted on social media, erupts into booing and heckling at Kanye’s confession almost immediately.

Later in 2016, Trump and Kanye began their well-publicized meetings over multicultural issues and chats about life. Kanye covered those meetings via tweet threads, but as of 2017 has gone back to delete those tweets among others.

Kanye solidified his fandom, for now, President Trump in 2018 with tweets about how they shared ‘dragon energy’ and additional meetings with Trump in the oval office wearing his signature “Make America Great Again” hat, which Kanye confided made him “feel like Superman.”

When it came to confirming his vote for the upcoming November elections, Kanye alluded heavily to his choice without naming names. “No, I’m definitely voting this time,” he said in a GQ cover story. “And we know who I’m voting on. And I’m not going to be told by the people around me and the people that have their agenda that my career is going to be over. Because guess what: I’m still here!”

However, as of July, there has been some waffling from presidential hopeful Kanye about his support for President Trump’s re-election. He stated that the current administration “looks like one big mess to me. I don’t like that I caught wind that he hid in the bunker,” referring to the reports that Trump hid in a secure bunker during the Black Lives Matter protests over the unjust killing of George Floyd.

In a four-hour “rambling” interview with Forbes Kanye declares that “I am taking the red hat off, with this interview.”  So while his support for President Trump seems to be over and the bromance broke, Kanye’s mental health still seems to be the elephant in the room as he declares his presidential bid is still on, and that instead of commenting support for Biden, he declares he is perfectly fine with his own candidacy redirecting Black democratic votes,  “I’m not denying it, I just told you. To say that the Black vote is Democratic is a form of racism and white supremacy.”

Even though it looks like Kanye’s endorsement for President Trump’s reelection has ended, it could all change tomorrow.