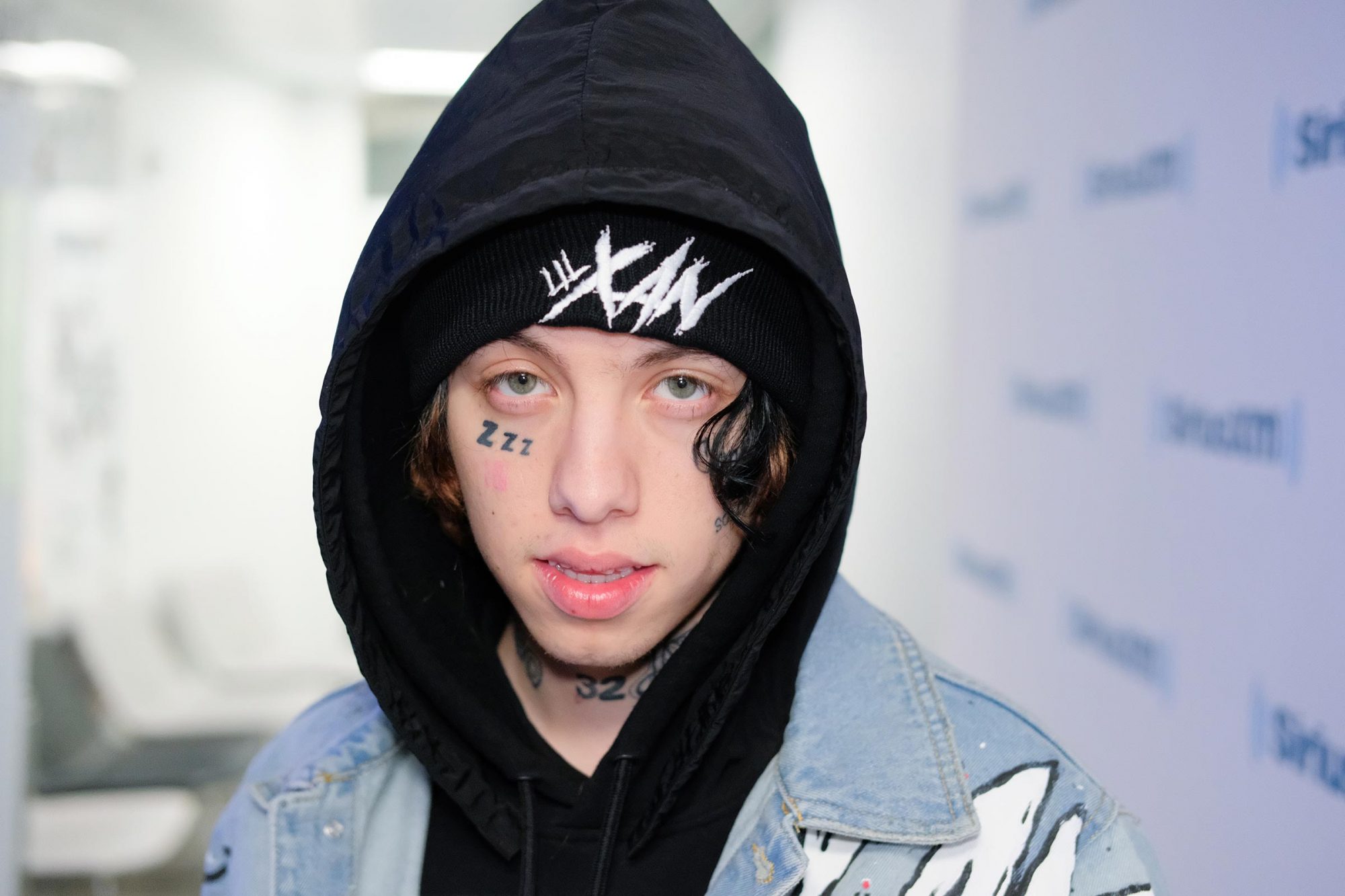 Lil Xan’s career as a rapper, singer, and songwriter has grown steadily throughout the last half-decade, with popularity rocketed into new heights with the August 2017 release of his song (and music video for) “Betrayed,” which peaked at #64 on the Billboard Hot 100. With a highly-anticipated sophomore album on the horizon, it would be a shame if this young rapper was gone before he could share more of his music with the world.

Luckily, Lil Xan is very much alive and continuing to make music. Read on to find out more about the rapper himself and to get the whole picture on what led some people to mistakenly believe that Lil Xan is dead.

Who Is Lil Xan?

Lil Xan was born Nicholas Diego Leanos in Redlands, California, on September 6, 1996, and is of Mexican descent. Leanos grew up poor and largely uninterested in school, which led him to drop out of high school as a freshman and move home, oscillating between unemployment, working as a street cleaner, and drug-dealing.

Eventually, Leanos grew interested in photography and would regularly attend gigs and shows to take pictures of local rap acts and rapper friends. However, it was not until his camera was stolen that Leanos finally really considered pursuing rap for himself, leading him to forgo shelling out the cash for a new camera to instead invest in studio time and pursuing his rap dreams.

Leanos started to gain attention for his music by self-producing on SoundCloud and YouTube before “Betrayed” took his career and popularity to the next level. On April 6, 2018, Leanos, as Lil Xan,  released his debut studio album (with label Columbia Records), Total Xanarchy, which featured bigger name musicians like 2 Chainz, YG, and Charli XCX. The album’s tracklist is:

15. “Betrayed (Remix)” featuring Yo Gotti and Rich The Kid

Total Xanarchy debuted as #10 on the Billboard 200 and paved the way for a big year for Lil Xan. He announced his impending mixtape Heartbreak Soldiers one month later and released it in July, and then in September announced his plans to create his sophomore album.

Initially, he wanted to call the project Be Safe as a tribute to late rapper Mac Miller (as those were the last words Miller ever spoke to him before his untimely death), but production issues led to the project being changed to once in 2019 to a new album entitled When September Ends, and then scrapped again in favor of a new album announced earlier this year called Sorry I Didn’t Quit, which has yet to be released.

Lil Xan also notably dated Noah Cyrus, the younger sister of Miley Cyrus, from June to September in 2018. In the fallout, there was some drama where both parties accused the other of cheating, but it seems that they have since reconciled if their being seen out together this year is anything to go by. He has also been linked to or previously dated Annie Smith (with whom he broke up after suspecting he had been faking a pregnancy that she claimed had ended in a miscarriage) and YouTuber Gabby Parsons.

Why Do People Think He’s Dead?

Confusion over Lil Xan’s supposed-death has most likely arisen as a result of a hospitalization this year in April after a coronavirus-induced panic attack. The rapper has been open about his struggles with stress, anxiety, and loneliness, which had all reportedly been exacerbated by the pandemic.

Rumors of Xan’s death may have also derived from his history of battling with drug abuse. He has openly struggled with an addiction to Xanax and opiates, checking himself into rehab in December 2018 after the death of Mac Miller, only to relapse last November and attempt quitting once more in a way so sudden that it caused him to suffer from violent seizures that acted as a real wake-up call to go about quitting his addiction in a different and healthier way.

As ironic as it may seem, Lil Xan has been a big advocate for speaking out against Xanax and has tried to become a voice of realism and honesty when it comes to issues with mental health and drug abuse throughout his career and young life.

Other Musicians Affected By COVID

Although Lil Xan didn’t have COVID, it clearly had a significant enough impact on his life this year to make people question if he was dead. COVID-19, also known as coronavirus, has been the great equalizer throughout this year in that it has found a way to affect everyone, whether they are celebrities or not.

Indeed, there have been many examples and counting of people who, like Lil Xan, are in the music business and have been affected by COVID this year. This includes Tony Award-winning actor Ben Platt, singer-rapper Trey Songz, singer and rapper Doja Cat, and even Kanye West, who all reportedly had coronavirus this year.

Lil Xan is not alone in his COVID-induced stress and anxiety. Pandemics are stressful and can cause emotions to run high and reason to give way to panic, especially when there is still so much that is unknown and no clear, easy solution or end date in sight.

A pandemic like the one we are currently living through can cause disrupted sleep or eating patterns, a drop-off in mental and physical health, issues with sleep and concentration, an increase in drug abuse or usage, and general feelings of fear, worry, and pressure (especially for those trying to support or look out for themselves and their families).

Luckily, Lil Xan eventually got the help he needed, but to prevent it from coming down to a panic attack or hospitalization to get that help you or your loved ones need, there are plenty of other resources you can use to get help before it’s too late. Numbers like 911, National Suicide Prevention Lifeline, National Domestic Violence Hotline, National Child Abuse Hotline, Disaster Distress Helpline, and more are here for you in your times of need during an emergency.

Someone like Lil Xan, who has often been the first to own up to his own issues with depression, anxiety, loneliness, and drug usage, would probably be one of the first people to advocate for reaching out to resources and taking care of yourself. And taking these positive steps is probably why the rapper is still alive today.

Yes, Lil Xan is very much alive and well. In fact, just last week, he released a brand new single, “My Girlfriend,” and its music video on his official YouTube page, and it already has nearly half a million views. While COVID and the loneliness it brings has caused some issues for him mental and physical health-wise, Lil Xan has come out on the other side of some of his troubles. He continues to dedicate himself to making music and coping with depression and the pursuit of sobriety.