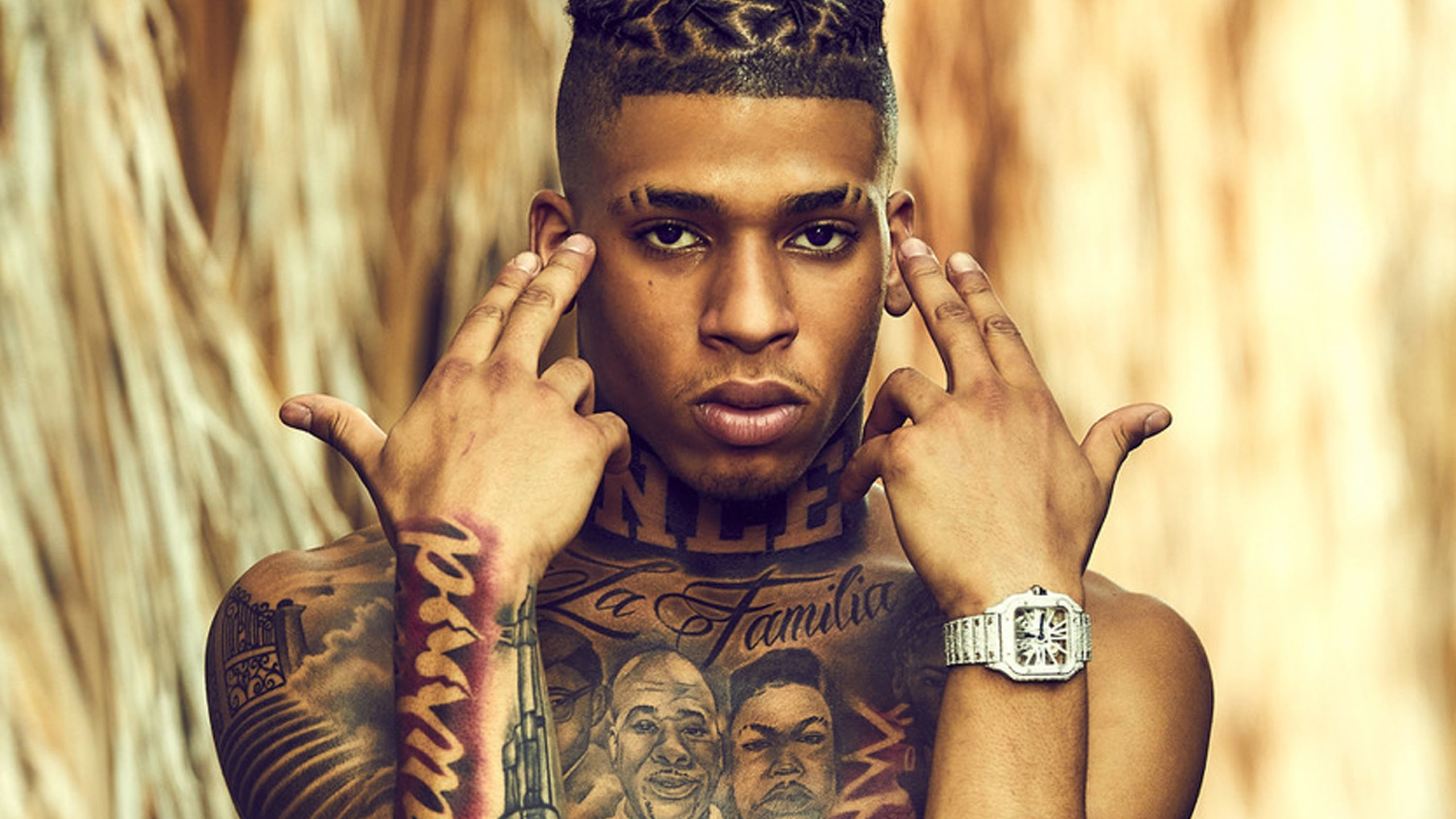 In his breakout 2019 hit, “Shotta Flow,” NLE Choppa refers to himself as “Baby Mexico Choppa” and “Baby Mexico shotta,” a cause for confusion among some of his fans.

NLE Choppa grew up in Memphis and named his first album “Cottonwood” after his neighborhood. He recounts his time growing up, saying, “One of my favorite memories is with me and my pops. Out in the front of our house we had a pecan tree. I saw him go pick up these hard ass shits and start eating them and I was like, ‘What is you doing? You’re eating off the nasty ass ground!’ He was like, ‘Look! Crack it open–they’re pecans. It’s pecans.’ I cracked one open and they were fire. I was out there looking for them every day.”

NLE Choppa had a difficult life in Memphis, and even spent some time behind bars for undisclosed reasons. He says about this time, “I had a rough life, I just don’t talk about that because that’s the past and that’s negative.

Once I was about guns, I loved them, that’s how I had to live. I was just too reckless and I’m now moving away from that. Fuck guns, meditate. I don’t need a gun no more because I know God’s with me.” The young rapper enjoyed freestyling with his friends just for fun at 14 years old and then decided to pursue rap seriously at age 15.

The Beginning of a Successful Career

The video for “Shotta Flow” from NLE Choppa’s album, “Cottonwood,” went viral with 40,000 views in the first 24 hours, 10 million views in the first month, and now has over 146 million views. The rapper says that he knew it was going to go viral because “that was just the power of manifestation.” The song hit the Billboard Hot 100 in May of 2019 at number 96 and peaked at number 36 on the chart and has been certified two times platinum.

The single released sequel to “Shotta Flow,” titled “Shotta Flow 2” was also certified platinum, although it hasn’t yet debuted on the Billboard Hot 100 chart.

In 2020, NLE Choppa released his first studio album, turning down millions in record deals from other record companies and signing on with an independent distribution company, UnitedMasters, in order to keep the rights to his music. The album, titled “Top Shotta,” was released in August 2020 and debuted at the number 10 spot on the Billboard 200.

The immediate fame was a lot for the young rapper to handle. NLE Choppa describes the time between “Cottonwood” and “Top Shotta” as extremely stressful, and a “fight for his soul.”  He says of the time between the two albums: “I was pretty much slaving in the studio just to make an album, just to keep finding these new sounds. At a point, your soul just starts to hurt, and your soul just wants a break. I never knew how to get that break.”

But the rapper found solace in meditation and his spirituality. He says, “Once I realized, I’m more than just a worker, I could create my own future–because your thoughts are your reality–I realized you don’t have to work as hard.

You can just sit back, breathe, think about your next move and then think of that next move as if you already accomplished it and everything’s gonna come to you.” NLE Choppa also believes that spirituality can help other people overcome their mental roadblocks saying, “they need to learn how to figure how to be themselves regardless of whatever emotion they feel. They need to ground themselves spiritually…Spirituality can work.”

He raps about this struggle with mental health and his outlook in the song “Depression” on Top Shotta.

My mind gone, I can’t sleep

I ain’t got no appetite

I can’t even eat

It’s kinda hard being me

After Top Shotta was released, the rapper delved more deeply into his spirituality with meditation, journaling, and a vegan diet. Calling it his “soul purpose journey,” the rapper’s new goal is to help and heal people through his art. “I know that I’m just a spirit,” he says, “I’m just a soul living a human experience. You come here for a purpose. So, once you acknowledge that and acknowledge that God put you here for a reason, I feel like you gotta fulfill that as much as possible.”

Future Plans for the Choppa

This young star has his entire career ahead of him. With two impressive albums, platinum and gold-certified singles, collaborations, and festival appearances under his belt, he’s done well for only being in the game for three years.

Everything I touch turns to gold and my blessings are coming true. A lot of the stuff I wanted to do I’m now doing and you only need yourself to get far. By staying true to yourself and knowing what you want and can do, that’s how you keep your longevity. Everything you want to accomplish is already within yourself so when you start to roll in self-doubt and think negative thoughts then you’ll fall off. So keep visualizing and keep knowing what you’re destined for, it’ll come to you.”

This Memphis-born rapper has had a great start and only has his entire career ahead of him.