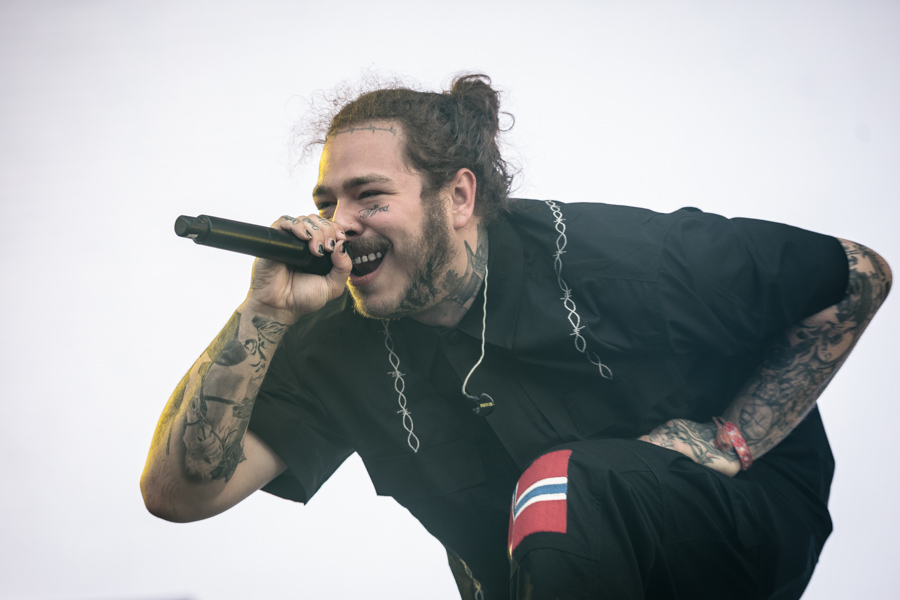 The world of hip-hop is renowned for the accessibility and culture blending effect it has on its listeners and its creators. It’s something of a melting pot in terms of musical features and origins; after all, hip-hop originally came from America! That being said, hip-hop also has very strong ties to the African American community and African culture specifically. Because of this, the racial identities of many rap rockstars, like Post Malone, often come under scrutiny.

So, is Post Malone white? Let’s answer this question and dive into racial topics surrounding Post and his hip-hop contributions.

Austin Richard Post has light skin and has two parents with similar skin colors – that makes him definitely white compared to many other hip-hop stars. Although he was mostly raised by his father, Rich, and his stepmother, Jodie, his birth mother, Nicole, is the same race as his father. This seems to tie up his genetic history pretty securely.

However, this isn’t the full story. It seems that some ancestral digging reveals that Post Malone is actually of partially Native American, at least in terms of genetics. There’s a bunch of other stuff mixed in together as well, including a little bit of Italian through Post’s maternal grandfather, John Carlo Pavetto.

Does this mean that Post Malone isn’t actually fully white? Not exactly. These days, many believe that what makes you an ethnicity is not just your skin color; it’s also how you grow up and what kind of culture you are exposed to during your formative years.

After teaching himself guitar through Guitar Hero he moved to Los Angeles where he posted music on SoundCloud and Spotify until he released his debut album “Stoney” with Republic Records featuring his hit single White Iverson. He has since produced two new albums including Beerbongs & Bentleys and Hollywood’s Bleeding featuring hit songs like Congratulations, Psycho, and Sunflower. He has collaborated with artists like Young Thug, Lil Baby, Quavo, Kanye West, 21 Savage, and Justin Bieber for Billboard Hot 100 number one hits. Several of his songs have been certified more than double platinum, receiving praise from Rolling Stone, Billboard, and the Grammy’s.

For instance, even though the pop star does have a little bit of Native American ancestry in his blood, it doesn’t mean that he knows much about Native American history or heritage. Additionally, having grown up in Syracuse, New York, and attending high school outside of Dallas in Grapevine, Texas, Post was never really exposed to any kind of discrimination because of his race or ancestral history.

In other words, Post is both ethnically white and had a primarily white upbringing. So it would be a bit disingenuous to suggest that Post is anything but white, particularly in the hip-hop sphere.

Does Post Malone Being White Have Any Effect On His Music?

It’s hard to deny that one’s upbringing can’t impact the art that they create. Hip-hop is a unique genre of music. It allows artists to blend a variety of sound styles and cultural upbringings to create truly wonderful auditory experiences for everybody.

Indeed, Post Malone’s rapping has often been described as a kind of melting pot, blending grunge, hip-hop, and country music all at the same time. This vibe is arguably one of Post’s biggest strengths, and it’s probably part of what catapulted him to such early success.

However, just because Post has created a uniquely blended form of sound to secure his place in the hip-hop mainstream doesn’t mean that he can really call himself anything other than white. Instead, several people have called Post a “culture vulture”, meaning that he appropriates either elements or entire ideas from traditionally African American culture.

This is something of a big deal in today’s race discussions. In lots of ways, ethnically white people have historically tried to use cultural appropriation of historically minority or oppressed cultures. While the intent is usually never to insult or harm, the net result often is often harmful nonetheless.

Post himself claims that there are unique struggles with being a white rapper and songwriter, possibly because of the perception of hip-hop as predominantly black culture. While African Americans are indeed the largest producers and consumers of hip-hop music and similar styles of art, it’s far from an exclusive artform and this statement, at the very least, doesn’t look very good.

However, we wouldn’t go so far as to claim that Post is a racist by any means.

Why Does Rap Have an African American Past?

RapTV says that the earliest variations of rap were created from hip-hop, which was, in turn, created by Jamaican, Puerto Rican, and African-American citizens in New York City’s literal melting pot. Much like with jazz in the streets of New Orleans, hip-hop originally began as a way for minority cultures to express themselves and bring aspects of their home countries and cultures to America.

Interestingly, all three of those main hip-hop contributing cultures are part of the classically defined “African Diaspora”, which means any African people not born on the continent itself. Arguably, the international origins of hip-hop have helped provide its staying power and provide it with a unique appeal that draws people in from across cultures and from across ethnicities.

This does mean, however, that hip-hop culture is predominantly African American or dominated by those with dark skin. There is arguably some difficulty when trying to make it as a light-skinned person specifically in this genre’s industry. For example, should Post Malone be able to wear cornrows in his hair since that’s an African American style? But this is not something that can easily be proven or should make much of a difference, considering the other, more ubiquitous types of prejudice that minority communities face all the time.

It’s arguable that Post Malone’s musical style is less “white” than many other types of music, at least if you follow the definition of race as more of a cultural construct then necessarily being bound to skin color. For instance, country music is almost certainly a traditionally “white” genre of music because of its origins and because of those who most often consume the sound.

Just producing hip-hop music in general means that you almost always produce less “white-sounding” music than average. In this sense, Post Malone is white in terms of appearance, but he has some cultural similarities and ties to African American communities and values.

Does Whiteness Have a Place in Hip Hop?

It certainly does. As mentioned above, hip-hop is one of the best forms of music precisely because it blends various cultural ideas and values into universally appreciated music. Everyone likes a good rap banger no matter what their skin color is. So it ultimately doesn’t matter to the music if Post is white; so long as he can create, people will likely appreciate his music.