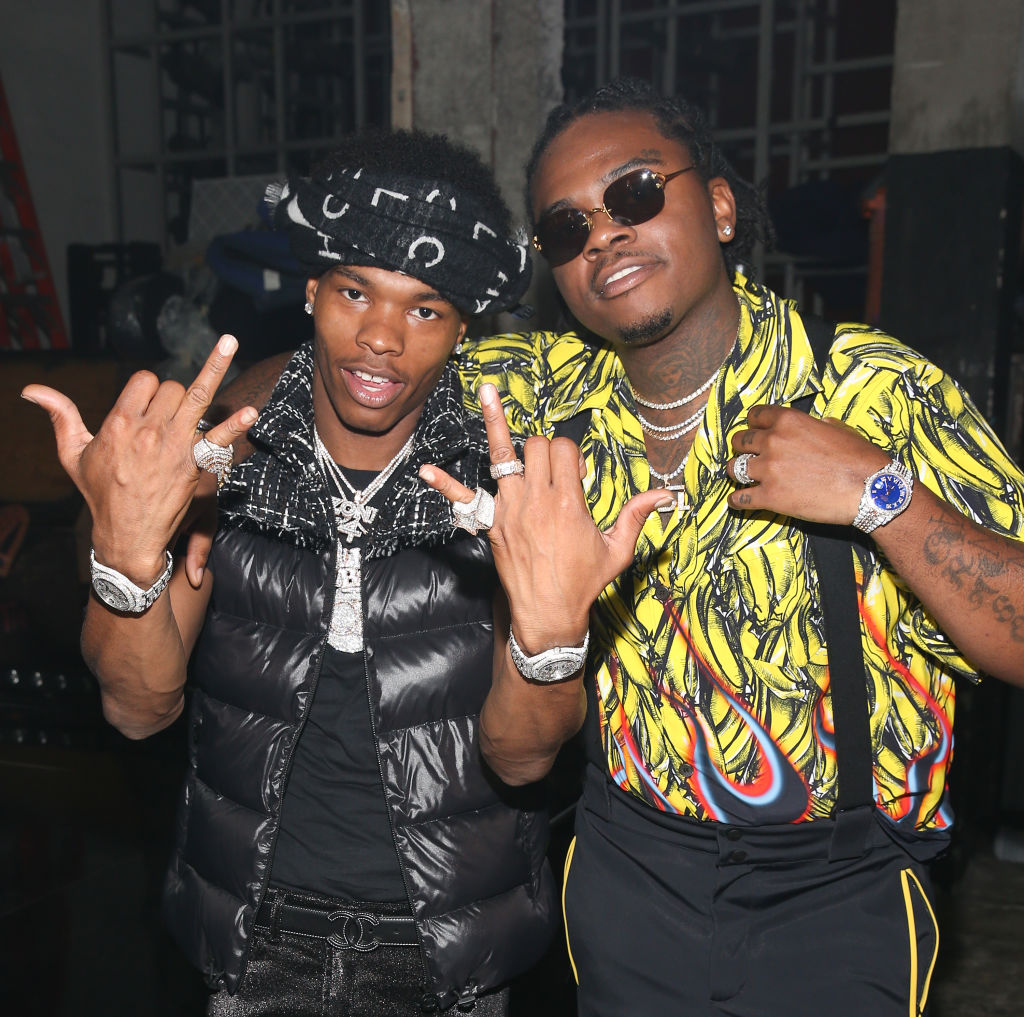 Home » Too Short » Lil Baby and Gunna: When will we hear Drip Harder 2?

Who is Lil Baby and Gunna?

For anyone who is a fan of rap, it’s hard to not know of these two Atlanta super-stars. We’ve covered a lot of material on both of them, and by now most people are familiar with who they are, so we won’t get too detailed on their past but rather on their relationship and what they have coming for their fans. For those interested in reading more about the individual artists we have details on Lil Baby and Gunna linked.

Lil Baby and Gunna, two major artists who had their breakthrough around the same time 2012 for Baby and 2013 for Gunna. Both of them have had incredible careers thus far, and both of them have a lot more coming for us in the near future. Their relationship goes as far back as the early teenage years. Having both been raised in Atlanta around other rap stars like Young Thug, Migos, and the Quality Control group they’ve been involved with rap long before they started recording themselves and making hits.

Young Thug who really put the two of them together in terms of collaborative success and friendship, Thugger has played a major role in their lives professionally and personally. The connection between Baby and Gunna was so organic that from the beginning of their collaboration they have had success nearly immediately.

It’s almost become a guaranteed hit every single time these two get together in the studio, having accumulated a total of 5 gold plaques selling over 500,000 copies and 6 platinum plaques from RIAA as a duo. But the one we all remember most is easily “Drip Too Hard” which sold a whopping 7 million copies, going 7x platinum on RIAA and peaking at number 4 on Billboard 100.

This all-time classic was the lead single for their collaboration mixtape called “Drip Harder” which also sold over 1,000,000 copies. 2018 had been a memorable year for the young stars, Gunna releasing one solo project, Baby releasing two solo projects, and one collaboration project together.

Drip Harder did so well that it absolutely shook up the industry. They set a new bar for future collaboration projects, we all knew it would be a great album but just couldn’t imagine it being as incredible as it was. An absolute classic duo that left fans hungry for more of Lil Baby and Gunna.

Once the album was out and numbers skyrocketed, the two stars had different approaches in moving forward with their careers. Having now been certified hitmakers, Lil Baby had slowed down from music release. He worked extremely hard dropping mixtapes, singles, and music videos up until Drip Harder.

Having a year head start from Gunna, it was only right for Gunna to catch up to Baby’s work ethic. So Gunna kept going hard in the studio working with producers like Turbo and Wheezy, putting the YSL crew together for more hits. In 2019 Gunna released his debut album called “Drip or Drown 2” a continuation of the mixtape “Drip or Drown” from 2017.

Drip or Drown 2 was an incredible album with only three features, Lil Baby, Young Thug, and Playboi Carti. The point of this was for Gunna to show that he can do it all on his own, pure Gunna and pure hits. The album took Gunna from point B to point A, certifying his name in the industry as a rapper who is in his own lane, and full of unique talents.

Why is it so easy for these two to make hits? Well aside from their organic relationship, it comes down to their collaborative energy in the studio. Baby and Gunna have one of the most unique sounds in the entire industry and when two unique characteristics come together, chances are greatness will result.

Lil Baby’s sound is authentic, he tells stories through his music growing up in the streets of Atlanta and sharing his experiences in the slums. The evolution of Baby is like no other, when he first started rapping his delivery was on the slower side with hits like “My Dawg” but his melodic deliveries are what made him stand out. His rhythmic, wavy flow which never goes off beat caught the attention of everyone who tuned in. Quite soft vocals with a touch of auto-tune, Baby’s delivery on the mic was in a lane of its own. As he released more and more music in different beats, he showed us he can speed the pace with songs like “All In” off his most recent album “My Turn”. There is no question that Lil Baby is a once in a lifetime type of artist.

Gunna’s sound which does differ from Baby’s is also unique in its own way. When Gunna started out he had this slow melodic sound, almost a mix of singing and rapping. It was a time we’re Gunna was trying to find out what his sound actually is. As music kept coming out, Gunna started evolving into this fast spitting, flowy, vocally and verbally unique artist. Often combining words we haven’t heard before like “I can’t be sober, I gotta stay high, pour me some syrup in a Canada Dry” as mentioned on the hit single “Hot” with Young Thug. Gunna’s choice of rhymes are different, and his almost stuttery delivery is definitely unheard of before him.

When you have these two in the studio, their chemistry is something like Kobe and Shaq Laker days. Flowing off each other, jumping in midway through a verse on one another, drum beats, slow beats, heavy bass, the list goes on. These two can get together on just about anything and deliver a banger. You can tell just by listening to their songs how much influence they have on one another. There is no denying that these two are among the most special duos we’ve ever heard.

If you are a fan of Lil Baby chances are you are a fan of Gunna or vice versa. It’s hard to mention one without the other. This has been one of the highest demanding collaborations since their introduction. So where do the two go from here?

As we know Lil Baby released his second studio album “My Turn” earlier this year which was the first and only album to sell over 2,000,000 copies reaching the highest-selling and streaming album of 2020. My Turn had multiple platinum singles and multiple gold singles, resulting in the best year of Baby’s career thus far. He’s also been focused on the Black Lives Matter movement, contributing to local communities in his hometown of Atlanta, as well as releasing the single “Bigger Picture” dedicated to the tragedies occurring to people of color in the United States, and addressing social injustice. Multiple video releases off My Turn, Baby has been busy, to say the least.

Gunna has been just as busy with his career giving us “WUNNA” his second studio album earlier this year. Gunna has been constantly shooting videos, working on marketing and so far the album has sold over 500,000 copies and is projected to go platinum by the end of the year. Gunna also gave his fans a self-quarantine concert from home when COVID-19 had begun, an incredible performance to make up for all the canceled shows due to the pandemic.

Their hit single “Drip Too Hard” had also been nominated for the 2020 Grammy awards “Best Rap Performance”, what a coincidence right? The two are absolutely certified in their craft and there should be no surprise if they go home with this award.

With that being said, the demand for a second collaboration album has been incredibly high. At first what was a rumor in the industry, quickly became a confirmation from Gunna. “Drip Harder 2” is on the way, and we cannot wait to hear these two beasts get back in the studio and do what they do best. As of this moment, we do not have a confirmation on when the project will be released, however knowing these two guys and their work ethic we could very well be hearing the album by the end of this year. Stay tuned for more of rap’s favorite duo in Lil Baby and Gunna.