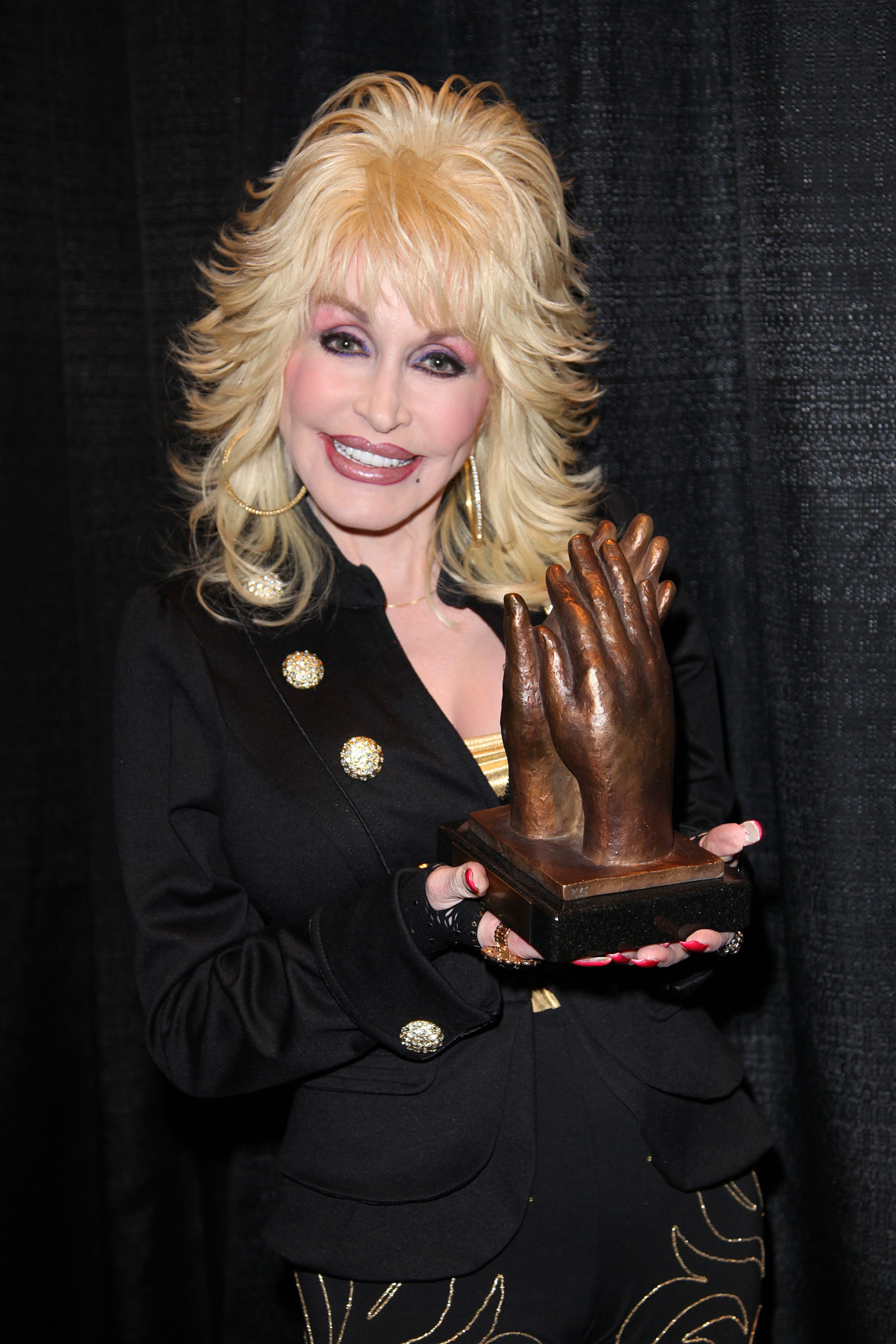 Home » Too Short » Is Miley Cyrus Related to Dolly Parton?

Following her successful Disney TV show where she played Hannah Montana, Miley Cyrus began a solo singing career. Like many young female singers, Miley’s songs were pop, light-hearted, and upbeat. While that type of music is fun, it is rarely the kind of fodder that produces long-lasting careers. Miley has since worked to establish herself in the music industry by not only making savvy business moves but also by growing as a singer an artist. Today, Miley has a catalog of music that goes far beyond just pop to include Rock, Country, Hip Hop, and more.

While most of the credit goes to Miley Cyrus herself, it can’t hurt that not only is her Dad the Tennessee Country music star Billy Ray Cyrus, but her “Godmother” is the country legend Dolly Parton.

The short answer as to whether Dolly Parton and Miley Cyrus are related is technically no; they aren’t. Hannah is, however, Dolly’s goddaughter. But godparents—whether godmother or godfather—are not a recognized familial relation and, unless in cases of catastrophe, are largely symbolic.

Between the two of them, they have accomplished so much with the support of each other. Miley had her “Aunt Dolly” appear on The Voice with her while Dolly has guided Miley to become the country star and pop star that she is today.

Who Is Dolly Parton

These days among younger audiences, Miley Cyrus is much better known than Dolly Parton. But Parton remains a huge name in Country music and stands as one of the most prolific musicians of all time. If you don’t know who Dolly Parton is by name, you probably know her by appearance. Dolly is Country music original blonde bombshell. She came onto the scene playing something of a ditzy character, one she still slips into here and there today. But there is no denying Mrs. Parton’s wit, talent, and business sense.

Parton’s story from poverty to success is one of the most dramatic you are likely to ever hear. According to RapTV, Parton grew up with 11 siblings in a home in the great smokey mountains that is smaller than most modern-day living rooms. Parton’s story very much resembles the kind of rags-to-riches struggle you often hear coming from the lyrics of Rap music, where many of the artists experienced similar, yet more urban, obstacles when struggling to become successful.

Everyone, including the Cyrus family, has to respect Parton’s tenacity and endurance in an industry where talent often fades or is destroyed, Parton has stuck around for decade after decade, and has continued to be innovative and entertaining.

This is just a small sample of the Country music superstar’s discography as, over the course of her career, Dolly has released 50 studio albums. Yes, 50! She is also reported to have many, many, more songs written but not recorded saved in her notes.

Dolly Parton initially became close with the Cyrus family through Miley’s Dad Billy Ray. In the early 90s, Billy Ray came onto the country music scene with a bang following the release of his hit song Achy Breaky Heart. By that time, Dolly was already a long-time Country music singer, Grammy winner, and legit star in the industry. However, she took an interest in Billy Ray because she thought he was talented and, as she said because the two of them were both “Country Kids.”

Together Dolly and Billy created a few songs and, more importantly, built a lasting friendship that still continues today.

There you have it; Dolly Parton and Miley Cyrus are not technically related. But Dolly is Miley’s godmother, and the two share a lot in common. They are both musical superstars, both hard workers, both songwriters, and both are highly ambitious women with their sights set on a whole lot more than just singing songs. Maybe Miley will become the next Dolly Parton, or maybe she’ll make a left turn and end up being someone completely new. There is often no telling with Miley, as the young artist enjoys reinventing herself. Either way, it is sure to be entertaining, and it’s sure to be something we all want to watch.