Where Is Miley Cyrus From? 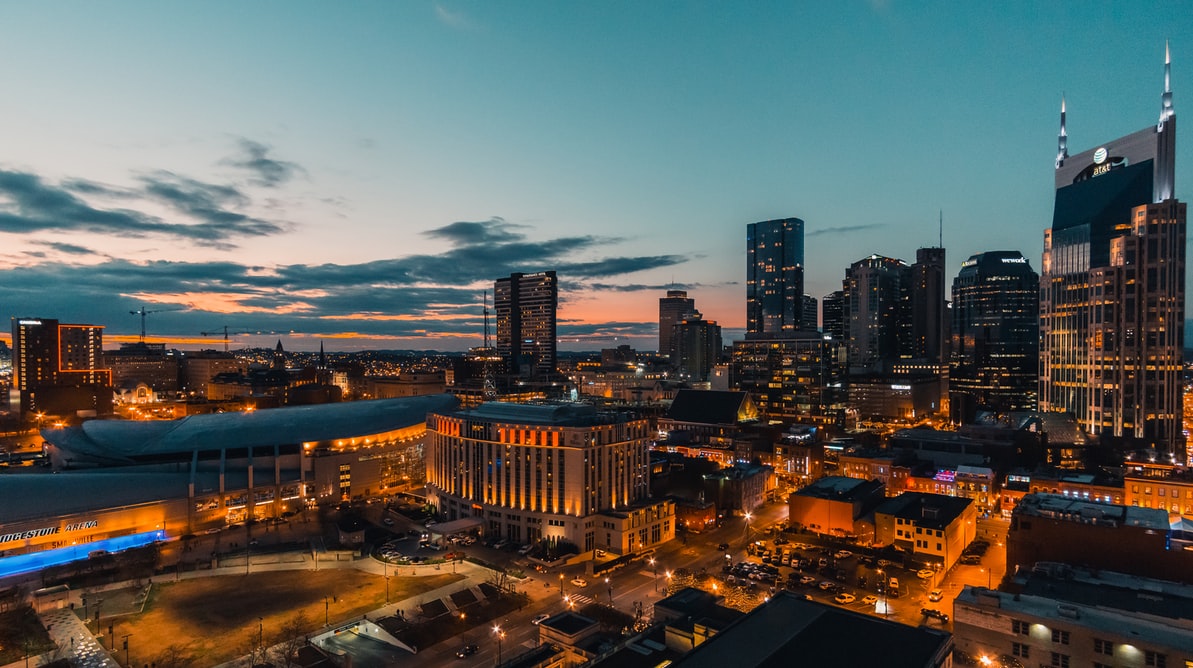 Home » Too Short » Where Is Miley Cyrus From?

At only 27, the Los Angeles Wrecking Ball star, Miley Ray Cyrus has had an entertainment career more impressive than most performers manage to achieve in their entire lives. Part of that has to do with talent, part hard work, and part the fact that Miley became a big fish and started her singing and acting career at a very young age. Seeing that Miley had her first TV appearance before her tenth birthday, you might assume that she must be a Hollywood kid raised my overbearing Hollywood parents her thrust her into the spotlight. This, however, is not the case. Actually, Miley was born in Nashville, Tennessee, known as the ‘Country Capital’ of the world. Nashville is to country music was the Bronx is to Rap.

Just outside of Nashville, Miley (whose birth name was Destiny Hope Cyrus) grew up in a small town called Franklin, Tennessee.

Miley’s childhood home in Franklin, Tennessee, is located South of Nashville and sits on acres and acres of property. It’s no wonder that Father Billy Ray Cyrus wanted to live in a rural area outside of the Country capital—he is, after all, a successful Country Music singer and a lifelong Country boy. Growing up in a rural area with her siblings and outdoorsy, Dad explains a lot about Miley’s eager, almost Tom-boyish personality. She may have gone on to become a Disney Princess, but in Miley’s early years, she was certainly not raised that way.

The Home itself is colonial style and sprawling. Billy Ray had made quite a bit of money already by the time Miley was born, so they were certainly not living in the kind of poverty Miley’s famous Godmother Dolly Parton experienced. Parton, by the way, lived fairly close by Billy Ray and Tish Cyrus in an area outside of Brentwood, Tennessee. This gave Parton ample opportunity to interact with Miley and the rest of the Cyrus clan as she was growing up. Parton was asked by Billy Ray and Tish Cyrus to play a role in Miley’s life, a responsibility which Parton, who has no kids of her own but loves young people, eagerly accepted. Who could have guessed that the Queen of Country would eventually go on to become Godmother to one of the biggest pop stars of the 2000s?

While in Tennessee, Miley went to Heritage Elementary School, which is home to the children of many famous Country music stars who live in the surrounding area. Miley doesn’t talk much about her time spent in school and only ended up getting her GED using on-set tutors that are common among child stars. While some child stars regret their lack of formal education, it is a perfect example of the “grass is always greener” because, certainly, just about any typical middle or high schooler would rather be a TV star than slogging through day after day of tedious school. However, with that said, there are some celebrities, like James Franco, who go out of their way to learn as adults and participate in ongoing education. Miley has expressed interest in similar types of adult education. But, ultimately, Miley chooses to spend her time working on her craft and doing other, more impactful things like charity work, songwriting and performing. And who, after all, can blame her?

Billy Ray Cyrus moved the family from Tennessee to Canada in 2002, so he could film his successful TV series Doc, which ran for five seasons. The move does not seem to be something that thrilled Billy Ray’s wife Tish or the kids, but Billy Ray says the move from being strictly a Country music star to being a double threat: Both actor and singer, as an important career move. While Doc was technically financially successful, it was also important in the story of the Cyrus family in that it put Billy Ray on the map as far as TV shows go. He was now thinking not just Country music, but also TV ventures. It was on the show Doc that Miley had her first on-screen experience. Although the appearance was brief, Miley was said to have been natural. Also, importantly, she seemed to really enjoy the experience. One thing both the Cyrus parents deserve credit for is that although Miley’s talent must have been obvious from a young age, neither of them appear to have pushed her into the entertainment industry, it seems to have been something Miley was naturally interested in, and then her parents simply did all they could to support her.

After her appearance on Doc, the Cyrus parents began keeping their eyes open for other opportunities for their daughter. It was during this time that they caught wind of the new Disney channel show auditioning kids for the staring part of Hannah Montana.

Although younger now Miley, only 11, was initial not thought right for the role, as the producers and director of Hannah Montana and Hannah Montana 2 pictured someone a bit older and bigger, she blew everyone away in her audition and eventually got the part. The Cyrus parents were thrilled, and, with the end of Billy Ray’s show, Doc picked up again and moved from Canada out to California.

During the years, Miley and her family lived in California is when things really started to happen for Miley. Her Dad bought a luxurious home outside of Malibu as Miley started bringing in $15,000 per-episode checks of her own from Hannah Montana. While this amount is nothing to rub your nose at, it’s nothing compared to the fortune Miley was able to earn when she began releasing Hannah Montana albums and, most importantly, went on tour. For most musicians, touring is where the big bucks come in—the same is true of Miley.

Miley moved out of her parent’s home at a young age as, by then, she was easily able to afford her own place. She got together with actor Liam Hemsworth in 2009. The two met on-set of a movie and hit it off immediately. Eventually, they got engaged and bought a home together in Malibu. The couple was on and off again for many years following the 2009 engagement, and the wedding was called off on several occasions. Finally, in 2018, the couple tied the knot in what those close to the couple called a “last-ditch” effort to make the relationship work. Unfortunately, the marriage did not solve things, and the two officially split in January of this year (2020). Also, as if a sign of the coming doom of their relationship, Miley and Liam’s Malibu home burned down in the California wildfires prior to their relationship ending.

Moving Back to Tennessee

Many times, after serious heartbreak or major changes to our lives, we begin to feel nostalgic, and may even start to yearn for simpler times like those during our childhood. This appears to be precisely what happened to Miley Cyrus following her breakup with Liam Hemsworth. Anyone can understand the emotional burden ending a ten-year relationship can have on someone. It takes time, and sometimes the best place to take time is in an open country like in Franklin, Tennessee. Miley bought a large nearly 6-million-dollar mansion on over 30-acres of property in Franklin, where she spends much of her time today. Miley’s current digs are certainly more opulent than the ones she grew up in, but Miley’s mansion maintains a rustic feel that gives the home a quaint, very comfortable aura, making it the perfect place to spend time alone, or with friends and family while entering this new and sure-to-be exciting time in her life.

On a side note, it’s important to note some of the amazing accomplishments that Miley Cyrus has been through which all stem from her Tennesee upbringing. She’s starred in movies such as Hannah Montana: The Movie, The Last Song, appeared as a judge on The Voice, and has found strong friendships with fellow Disney Channel stars such as the Jonas Brothers, Demi Lovato, and Selena Gomez. Additionally, the country singer has constantly found herself at the top of hit music charts like MTV music awards, VMAS, and Billboard with both country and pop hits such as Party in the USA, Can’t Be Tamed, Best of Both Worlds, and her hit albums “Breakout” and “Bangerz”. Anyone who goes to meet Miley Cyrus can agree they see why people call her “smiley Miley.” Her roots from Nashville shine through every accomplishment she’s been through.

There you have it, Miley Cyrus was born and raised in Tennessee until she and her family moved to Canada when she was eight and then onto California during the “Hannah Montana” years. According to RapTV, back in the day, it was incredibly difficult for anyone in the entertainment industry to live outside of either Hollywood or New York City. The reason being that all of the auditions, meetings, writers, directors, and the like existed in those two locations. The only exceptions to this rule were major stars who could make the world come to them. Today, however, the entertainment industry has grown. There are micro-centers popping up all around the country where artists, producers, directors, and the like are set up the show and creating entertainment of their own. This includes everyone from struggling artists, to Indy-performers, to major celebrities like Miley Cyrus and others who prefer to spend most of their time outside of the sometimes-constraining barriers of Hollywood and New York.

And it’s no wonder Miley would rather be in Tennessee than Hollywood. The celeb-chasers and paparazzi are far less common and likely in rural areas. Miley may be a charismatic and fun-loving person, but who constantly wants to be swarmed with photographers documenting your every move? Yes, Hollywood and New York City are still the world’s entertainment capitals. But also, no, you do not need to living in one of those two locations to make good, successful work. This is true whether you are creating an album, painting, rapping, writing a book, or creating any other type of art.