Who Did Miley Cyrus Marry? 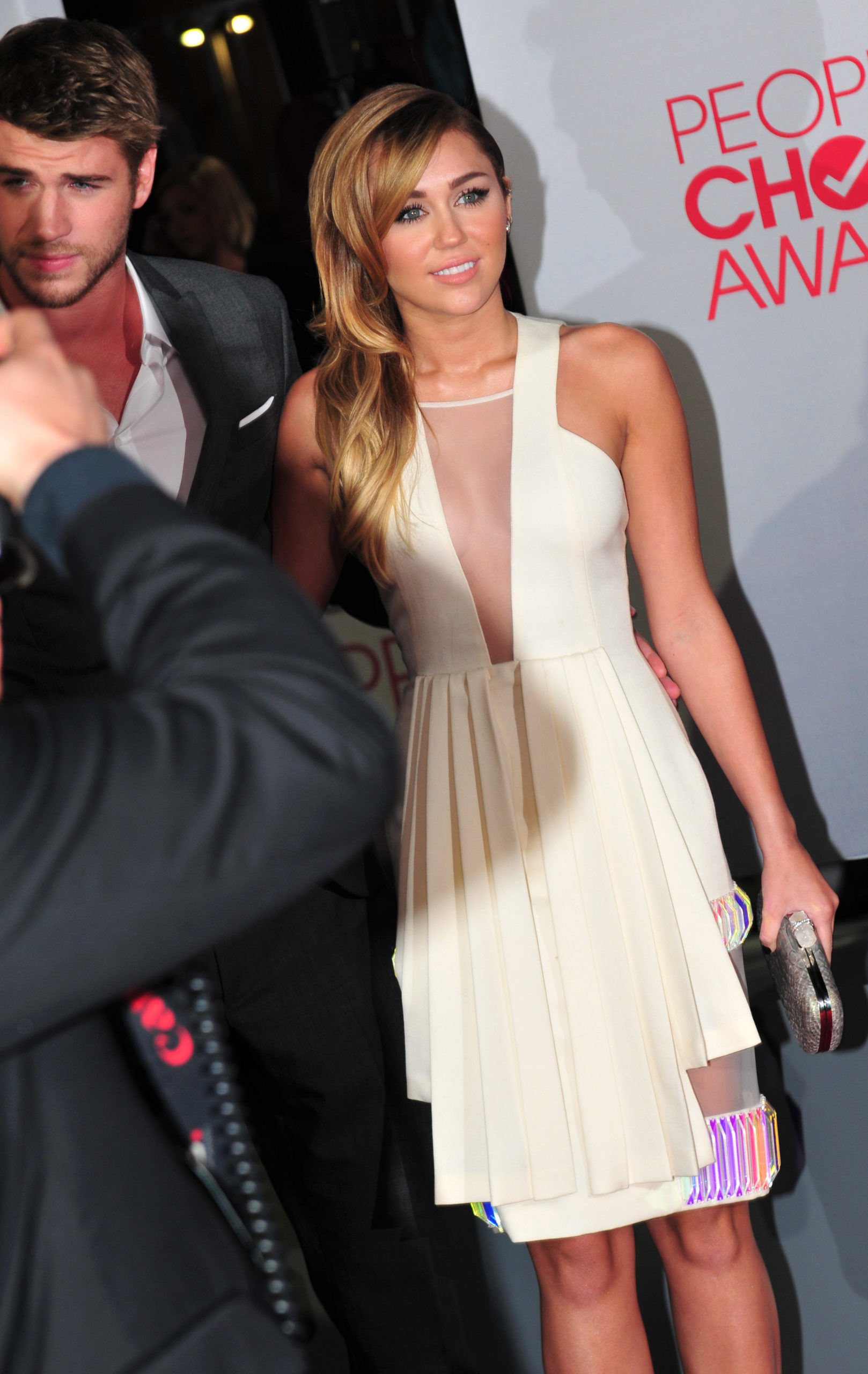 Home » Too Short » Who Did Miley Cyrus Marry?

While many aspects of being a celebrity must be fun—the money, the creative expression, the cool stuff and things it enables you to do—the intrusion into one’s personal life is not something to be envied, especially during this celebrity-obsessed time. This, at least, is one of the reasons Miley Cyrus and Liam Harmsworth’s relationship ended in divorce.

When Did Miley and Liam Meet?

Miley Cyrus and actor Liam Hemsworth met back in 2008-2009. At the time, Miley was fresh off Hannah Montana, and Liam was still a relatively unknown Australian actor notable for being the little brother of Thor actor Chris Hemsworth. Liam was on his way up the Hollywood ladder, and Miley was in the middle of reinvention when they met on the set of The Last Song, a romantic drama based on the novel by Nicholas Sparks.

Miley was still struggling with being recognized for roles other than her famous “Hannah Montana” character from Disney and, according to RapTV, must have figured that a more romance movie would suit her goal to break out of her Disney shell. By the end of filming The Last Song, the two were officially dating and made their red-carpet debut at the premiere of the movie in 2010.

2011 was a big year for both Miley and Liam as the latter landed his biggest role yet in The Hunger Games, while Miley filmed her final episode of Hannah Montana.

Landing a big studio franchise movie deal like The Hunger Games is, for most actors, a dream. It can, however, put a strain on a relationship. It seems, though, that the good thing about the relationship between Miley and Liam is that rather than dragging each other down, they both encouraged the other to be successful and pursue interesting projects. This, perhaps, is one of the benefits of celebrities dating other celebrities—it’s a way to ensure your partner understand what you are going through, as it may be difficult for the average person to appreciate the pressure and some of the negative aspects of fame if they are not famous themselves.

Miley ending her meteoric role on Hannah Montana was also a very big deal, and the move thrust her into the most uncertain time of her entire career up until that point. So many former child stars have struggled and failed to move past their initial jobs, and many have even had a hard time moving on in their personal lives, falling into addiction or criminal issues. Miley did neither of these things. In spite of her fun-loving attitude, Miley is highly ambitious, and, as soon as her Hannah Montana days were over, she immediately jumped into a highly lucrative solo career.

Miley Cyrus and Liam Hemsworth announced their engagement in 2012. While the tabloids when nuts, the two did not set any immediate plans for a wedding, although rumors abound. This, in many ways, was the couple’s ‘Honeymoon’ period. A honeymoon period in a relationship refers to a time, often in the early days, or directly following a marriage where everything in a relationship is new and fresh, and the couple is getting along better than they ever thought possible. While this sounds like a good thing, the phrase is often used in a cynical way, as if to suggest that the “honeymoon” will soon come to an end. While this is not necessarily the case, in the instance of Miley and Liam, it is, unfortunately, what seemed to end up happening.

The year 2013 was highly tumultuous for Miley and Liam’s relationship. This was the year when the wrecking ball artist, Miley launched her controversial “Bangerz” tour. This, coupled with whatever was going on with Liam, appeared to be too much for the relationship to handle. The two publicly split for the first time by the end of the year.

2014 Came around, and it appeared Miley and Liam had both moved on. The wedding was off, and both were publicly dating new people. Miley, for her part, was paired with Patrick Schwarzenegger.

2015 Was an interesting year for the pop star, Miley Cyrus as she publicly came out as bisexual after she was photographed hooking up with model Stella Maxwell. Whether the two were ever actually a couple is unclear.

Rumors started swirling again in 2016 that Miley and Liam were back together. The rumors appeared to be true because, soon enough, the two were publicly handing out again, and Miley was back to wearing her engagement ring.

In 2017 Miley and Liam seemed to be on and off for most the tumultuous year. During this time, Miley wrote her popular song “Malibu” about the relationship which was, by all reports on the rocks.

In spite of the troubles of the previous year, Miley and Liam finally went ahead with their marriage in 2018. Some reported that this year of marriage was a last-ditch attempt to patch up a damaged relationship.

Miley and Liam were married throughout 2019, but, still, rumors swirled about trouble in paradise.

The relationship between Miley and Liam finally came to an end in the same year as the Coronavirus, specifically January of this year (2020) when the two filed for divorce. The dedicated parents of multiple animals had decided to go their separate ways. They have also made moves to sell their shared home, as for now, both appear to have been doing their best to move on. Miley has been seen traveling between Tennessee and even making visits to Italy. She has even moved on to a new relationship with Cody Simpson and then spending a lot of time with Brody Jenner’s ex, Kaitlynn Carter, sparking hetero relationship rumors.

There you have it; Miley Cyrus was indeed married to Liam Hemsworth. The two seem to have given their almost ten-year relationship an honest shot. But, as of January 2020, both have begun the process of moving on and seeing other people. Judging the relationships of others is difficult. Other than those that are just so clearly poisonous and harmful to both parties, it is better to take everyone else’s relationship with a grain of salt. Because, although a romantic relationship may fail, who is to say that both parties didn’t learn a lot about themselves and about life in general. It’s not as if a lot of things—relationships of whatever, are meant to last a lifetime. And sometimes, it’s not a failure simply because something ends. Hopefully, Miley and Liam are able to eventually look past the issue that led to their breakup and remember some of the good times when thinking back.