Who Is Miley Cyrus Married to? 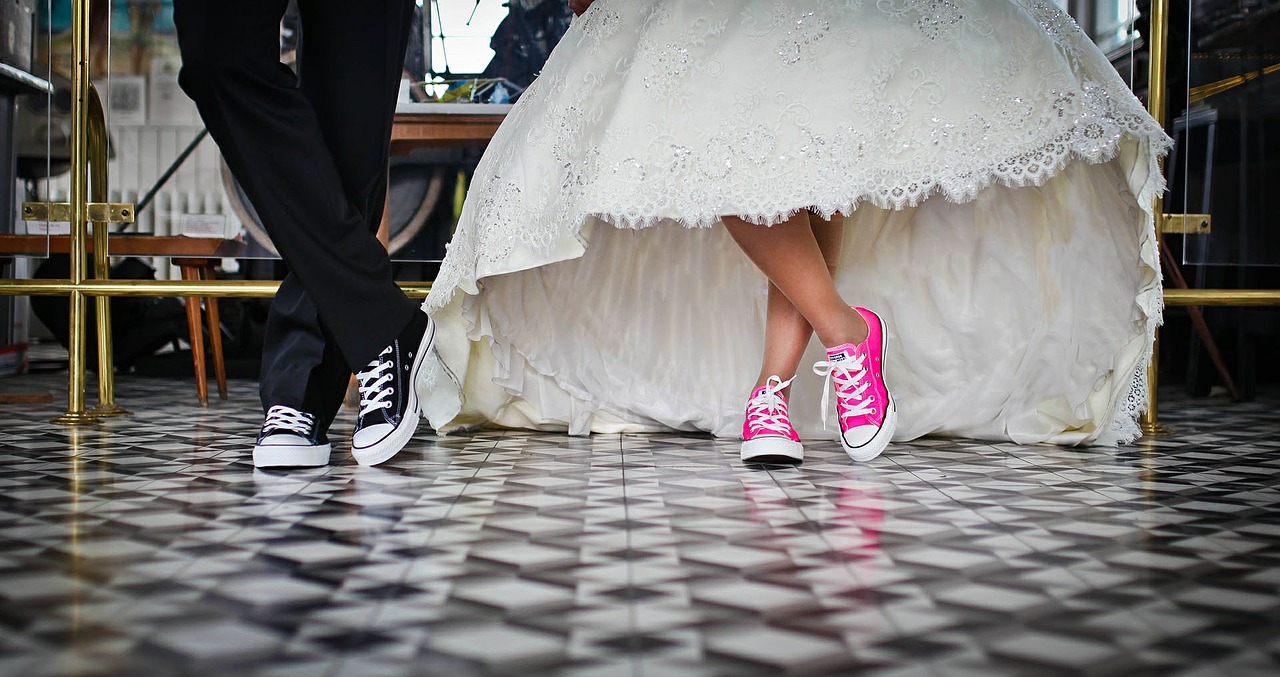 Home » Too Short » Who Is Miley Cyrus Married to?

Miley Cyrus was married to Liam Hemsworth, but they aren’t together anymore. Everybody knows how passionate and intense their on-and-off relationship was. She has a boyfriend now, and she seems happy. However, Liam and Miley’s divorce left us stunned and in shock.

We didn’t see that coming. There were many allegations of drug abuse and cheating, but nobody managed to find out if those were true or not. In fact, Cyrus firmly denied all those presumptions.

Let’s take a closer look at Miley’s love life. It is a lot to cover, considering how many people she has dated, but we will focus mainly on the longest relationship that she had with Liam and her current boyfriend, Cody Simpson.

Who Is Miley Cyrus Married to?

Miley was married for only eight months to Liam Hemsworth. Their divorce was finalized in January 2020. She is currently dating Cody Simpson. Cyrus and Hemsworth got married in December 2018, at her family’s house, in her hometown. Their ceremony was a simple and low-key one, and it seems that nobody other than their close family members knew about their wedding plans.

The pair decided to tie the knot soon after their Malibu house burned down in the wildfires that happened in California that same year. Liam is an Australian actor known for his performance in the Hunger Games. His brother is the popular and charming Chris Hemsworth.

How Their Relationship Began

Miley, who is now 27 years old, met Liam, who’s three years older than her, in 2009, as co-stars on the set of The Last Song movie. In 2012, they announced their engagement. At the time, Miley was still a teenager, being 19 years old. Soon after that, they broke up and were apart for about three years before reconciling and getting together again.

She started to display the engagement ring once again in 2016. Of course, both of them dated other people in those years that they were apart. On the 23rd of December 2018, during Christmas festivities, Miley and Liam got married in Tennessee.

The marriage didn’t last long. Liam and Miley were husband and wife only eight months. She said that they have grown apart and that she is different now than she was before. But, it is hard to believe that a person can change that much in less than a year of marriage.

At their subtle wedding reception, which took place at Miley’s family home in Nashville, Cyrus was filmed while she was dancing to the popular song “Uptown Funk.” She wore a dress made by Vivienne Westwood that costs over $8,200. Their main wedding photo was intended to recreate Liam and Miley’s romantic kiss when they were both on the set while shooting Nicholas Sparks based The Last Song movie.

Their honeymoon was a fairytale trip to a ski resort in Montana. But they didn’t go alone. Instead, the newlyweds decided to take Hemsworth’s entire family with them. Miley and Liam have kept the wedding a secret but, on the honeymoon, Hemsworth’s brother, Chris, and his wife, Elsa, posted many photos with them and their three children.

Liam was the one that filed for divorce in the summer of 2019 after some compromising and confusing photos of Miley and Kaitlynn Carter appeared as a cover story in the press. She and Brody Jenner’s ex-wife were getting intimate and very affectionate with each other. They even kissed publicly while on a trip to Lake Como, Italy, with some other mutual friends.

When filing for divorce, in August 2019, Liam mentioned irreconcilable differences as the reason for their separation. Only a couple of days before, the couple announced their split. On a Wednesday, Hemsworth went to the Los Angeles Superior Court together with his divorce lawyer, Laura Wasser. She has a bulletproof reputation as being the attorney of many Hollywood stars like Britney Spears and Jennifer Gardner.

Apparently, they both wanted to take a break, to stop for a moment and focus on their work and their careers as well as on their individual development. During their time together, Liam and Miley have adopted several pets, and after the divorce, they will share responsibility and be dedicated parents towards their animals.

Liam was also the one who took the issue on Instagram, making the split official. He confirmed the breakup and wished Miley health and happiness. He also mentioned that divorce is a private matter; hence, he will refuse to give details to any media outlets or journalists.

Because Cyrus and Hemsworth didn’t have kids together, neither one sought spousal financial support.

Bottom line, they both seem to have moved on. Miley is dating Cody Simpson, and she focuses on her career. After the breakup, Liam dated Maddison Brown. They enjoyed a brief romance. Since then, the actor has already found a new lady: Gabriella Brooks.

Apparently, Liam and his new girlfriend, who’s 21, were first spotted together, in January, on a casual date, in Malibu. According to RapTV, the couple spent plenty of time in Australia.

Allegations of Drug Abuse and Cheating

All the allegations made by the press seemed to bother Miley a lot. Tweets on her social media account for the first time afterward surely prove that those statements were powerful enough to strike a nerve with the singer. She said that she had lived a wild life, indeed, especially in her teen years. She even experimented with drugs.

Still, this time around smoking weed or sleeping with others weren’t the problems that got in the way. According to her, the marriage ended because of a lot of things that she didn’t actually bring up. Despite the breakup, Cyrus wrote that she will always hold a special place for Liam in her heart.

What Was the Reason for Their Divorce?

Sources have said that the reason behind the couple’s divorce was the fact that Liam wanted kids while Miley wasn’t ready yet for that kind of commitment. So, it seems that the two of them clashed over having children or not.

As we’ve all seen, Hemsworth is ready to become a dad, but his plans are not exactly what Cyrus has in mind. The sources also said that he suffered a lot because of this. Truth be said, he is older than Miley, so maybe his vision of the future is quite different than hers.

Who Is Miley Cyrus Dating Now?

Miley is dating Cody Simpson, who’s younger than her. He said that the Wrecking Ball singer was his childhood crush. Isn’t that sweet?! They became a couple in October 2019, even though they have been good friends for years.

Fans are delighted to see Miley so happy and in love. The couple isn’t shy when it comes to sharing PDA-filled photos of them on their social media accounts. They even got matching tattoos, but lately, it appears that Cody and Miley have slowed things down a bit.

How Cody and Miley Started Dating

The two musicians were seen kissing on the 4th of October 2019. After that, they have both confirmed their relationship. Cody was so utterly smitten for Miley that he even wrote a poem dedicated to her. His debut poetry collection is called Prince Neptune.

Sometime between October and November 2019, Miley spent a day in the hospital for tonsillitis. She published a couple of posts on her Instagram account as Instastories that showed Cody by her side, holding a bouquet of roses and a guitar.

They seemed to get along great because they are both on the same page. They are highly creative and extremely passionate about their projects.

In November 2019, Miley brought Cody to Tennessee, to her brother’s wedding to meet her parents Tish and Billy Ray. So, things were very serious. At a certain point after that, people started to speculate that the two of them broke up. Cody refuted all those rumors by posting a photo of his phone’s background image that featured Miley as a little girl.

On the 21st of January, 2020, Cody was asked if he and Miley are considering having kids. He replied by saying that he is cautious and careful, which makes us believe that he isn’t ready to be a dad and start a family yet.

The couple is still going strong, and they are spending the COVID-19/coronavirus pandemic lockdown together in LA. Even though they are in a committed relationship, Cody said that he doesn’t intend to propose to Miley yet. So don’t expect to see a wedding ring soon. He considers himself way too young for that.

Miley has been a public figure almost her entire life after appearing on Disney’s Hannah Montana. At first, she was a teen idol, and then she grew up and became a pop star. Now, some people consider her a pariah. She was married, but then she divorced. Cyrus dated a lot of people, both men, and women.

We believe that the singer still tries to figure out what to do next and find sense in her lifestyle. She has collaborated with Ariana Grande and Lana Del Ray. Her fan club increases every day. She attracted 400,000 new followers in one single day, but it was a special day, the one when she announced her wedding.

Miley has dealt with many types of attention, and we can understand that, under the eye of the public, the pressure is high.