Who Is Miley Cyrus, Mom? 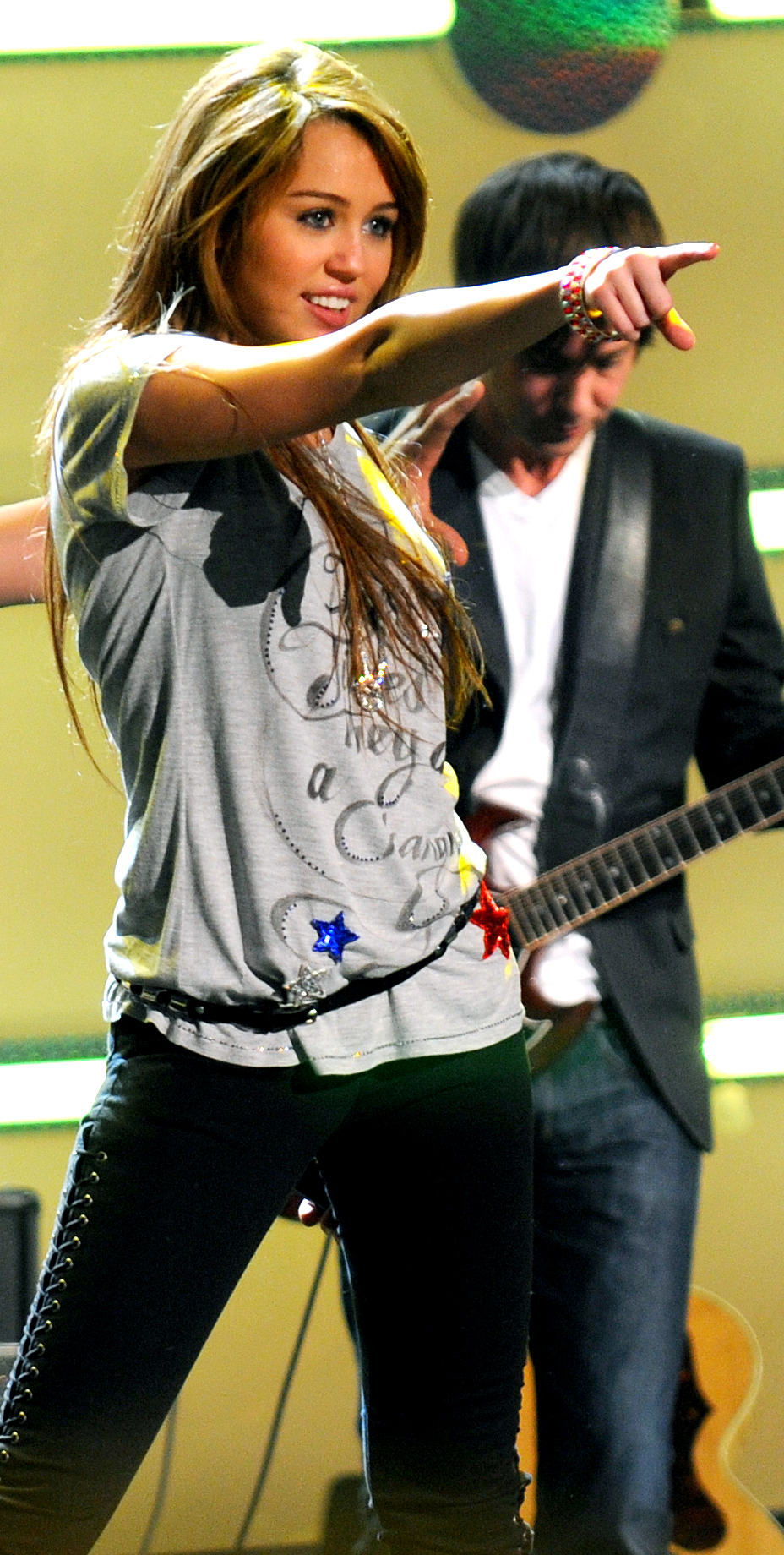 Liam Hemsworth’s ex-wife, Miley Cyrus is a pop star who, over the past, fifteen or so years, has managed to achieve household name states—a level of fame far greater than her years suggest. Miley is a creative and unique artist who is constantly changing her style of music and what she produces. She has made appearances on Disney TV shows, movies, social media, iheartradio, and more. As such, she has managed to stay relevant in the vapid and fleeting world of the entertainment industry. Even being in your late twenties can be a death sentence for a pop artist if they don’t find ways to reinvent themselves. These days during the coronavirus, Miley has spent numerous hours with Kaitlynn Carter and Cody Simpson in Malibu and Los Angeles during the pandemic as we’ve seen through her Instagram story. Miley may be known as a bratty millennial to some but, she’s quite impressive. Miley’s ability to adapt and grow as an artist should come as no surprise. She has been doing it since she was a kid. According to RapTV, Miley got her first acting job before she was even ten years old. Although cool, this initial gig was not especially hard to land. Why? Because it was on Miley’s father’s TV show!

Miley’s dad, Billy Ray Cyrus, is a famous Country music singer in his own right with a couple of hits under his belt. But there is another side to the equation, Miley Cyrus’ Mom, who also played a big, albeit lesser-known, role in her daughter’s life and career.

Leticia Jean Cyrus, called “Tish” by just about everyone, is Miley Cyrus’s Mom. Miley has five siblings, three of whom are half-brothers and a sister, as Tish had two children prior to marrying Billy Ray Cyrus, and Billy Ray had one. Both of Tish’s children from the previous marriage were promptly adopted by Billy Ray to become full, card-carrying members of the Cyrus clan.

Tish obviously has a thing for musicians because her first husband, Baxter Neal Helson, was a semi-well-known and highly talented drummer. Tish had her first child with Helson at 20 and her second a year later.

Here’s what you need to know about Tish’s Brady-Bunch-sized family:

Christopher Cody, although partly raised by Tish as she is his stepmom, is Miley’s half-brother on her father’s side. Christopher’s mother is named Kristin Luckey. Of all Miley’s siblings, Christopher seems to stay out of the spotlight the most. The rest of the Cyrus clan is, in some form or another, in the entertainment industry. But little is known about Christopher’s personal or professional life. This is not especially odd considering most famous families have one or more members who choose not to pursue entertainment careers, which are not for everyone. It takes a certain type of person to want a career in acting, singing, or the like, and if you are in the Cyrus family, having one of those careers is certainly available to you—especially if you have some talent, which you can bet Christopher does. But the choice to go into the entertainment business is not without its costs. You have to deal with public exposure, criticisms, and lack of privacy. All of these things Christopher seems to have chosen to forgo in favor of a simpler, quieter life.

A son from Tish’s first marriage, Trace Dempsey Cyrus, was adopted by Billy Ray Cyrus at a young age. Trace is another musician in the family and does vocals on the popular band Metro Station. Trace is a tattooed-covered member of the Cyrus clan who seems to have a great relationship with both parents as well as his famous sister Miley. In addition to playing with Metro Station, Trace wrote a song on one of his Dad’s albums, Country Music Has the Blues and formed his own, somewhat short-lived band, called ‘Ashland HIGH.’

It may not be easy being a musician in the Cyrus family if you have to live in the shadow of your more famous sibling. But the Cyrus family seems to take this in stride, they seem to lack any kind of jealousy and, in fact, more or less all fall into fairly distinct genres as Trace’s style of music is more Pop rock where Miley is Pop and Billy Ray, of course, is country.

Billy Ray, though, did make a recent turn into Pop or, rather, Hip Hop with his huge collaboration with Lil Nas X Old Town Road—a tune which not only became the song of the Summer but was also one of the biggest crossover collaborations of all time.

Sister Brandi Cyrus is an actress, singer, and DJ. She is also the cohost of Cyrus versus Cyrus, which is a show on Bravo TV. Brandi appears to be very close with both her mother, Tish, and her little sister Miley. She has appeared in small parts in many of Miley’s films.

Braison Cyrus is Tish and Billy Ray’s son, and Miley’s younger brother. Braison is 26, was recently married, and is an actor on the show “Heels.”

At only 20, Noah is the baby in Tish’s brood. Unsurprisingly, Noah is a musician who has been showing promise and has released two albums. There is sure to be a lot more to come from this young artist in music, and who knows what else.

Like many mothers of kids in the entertainment business, Tish slipped into the role of manager early in Miley’s career. Thankfully for both Tish and Miley, the experience Billy Ray had in the industry played a helpful role in avoiding some of the common industry pitfalls the end up destroying the personal and professional lives of many young singers and actors.

Just think about the long and ever-expanding list of child stars, and how many of those former boys and girls ended up destroying their careers and even in places like jail and rehab. While it is easy for members of the public to scoff at these people saying “poor little rich kid,” empathy is a far better reaction. Many child stars were thrust into the spotlight through no choice of their own and had parents who, in effect, took advantage of their looks and or talent. It’s no wonder that once the lights and cameras have gone away, many of these former stars are faced looking in the mirror at someone who they don’t know. The results can be catastrophic. Knowing all this, it is a compliment to both of Miley Cyrus’s parents that Miley has avoided so many personal problems. While none of us live inside Miley’s head, it’s pretty fair to say she is a thoughtful individual and that she has her head “screwed on straight.” That’s easier said than done when you’ve been in the spotlight for as long as you can remember.

The key to Tish and Miley’s relationship, and certainly at least part of the reasons Miley seems to be doing so well, is open and honest communication. Few mothers and daughters seem to be as open or honest with one another as Tish and Miley. Both know lots about the other, and the two are not shy about sharing intimate details of their lives. These kinds of deep, intimate parent-sibling environments make for some of the best possible, long-lasting relationships.

While it is unclear why Tish is such a notably good parent, it may have something to do with her generally bohemian attitude. Tish has long-dated and been interested in music and musicians and is the mother to multiple children in the entertainment industry. She, according to Miley, is also a big fan of marijuana. All of these things combine to make Tish, not your average Mom. She is laid-back, cool, and often does her best to take things as they come and encourage her creative brood of children rather than judge them or push them away with critical opinions. All of these qualities are important to any parent. But especially to those of children in the entertainment industry.

There you have it; you now know that Tish Cyrus is Miley Cyrus’s Mom as well as the mother of five other children, two of which she shares with Billy Ray Cyrus, but all of which she and Billy Ray raised together and considered part of their modern family. Tish and Miley Cyrus continue to have a healthy and active relationship today, where Tish often acts as Miley’s manager and even produces many of her films, and Miley, in turn, loves to have her mother’s support and occasional advice on personal and career decisions. There is something to be said for celebrities, especially ones of the caliber of a Miley Cyrus, to have some family and or close friends surrounding them. Otherwise, such celebrities can get caught in an echo-chamber where they are surrounded by sycophantic “yes men” who do nothing but enable them and encourage them to do whatever they want regardless of the repercussions. This, among other reasons, is why it is so nice to see them close, trusting relationship Miley has with her mother, father, and siblings—all of whom support one another and seem to get along very well.