Rappers Who Made It Big In Acting 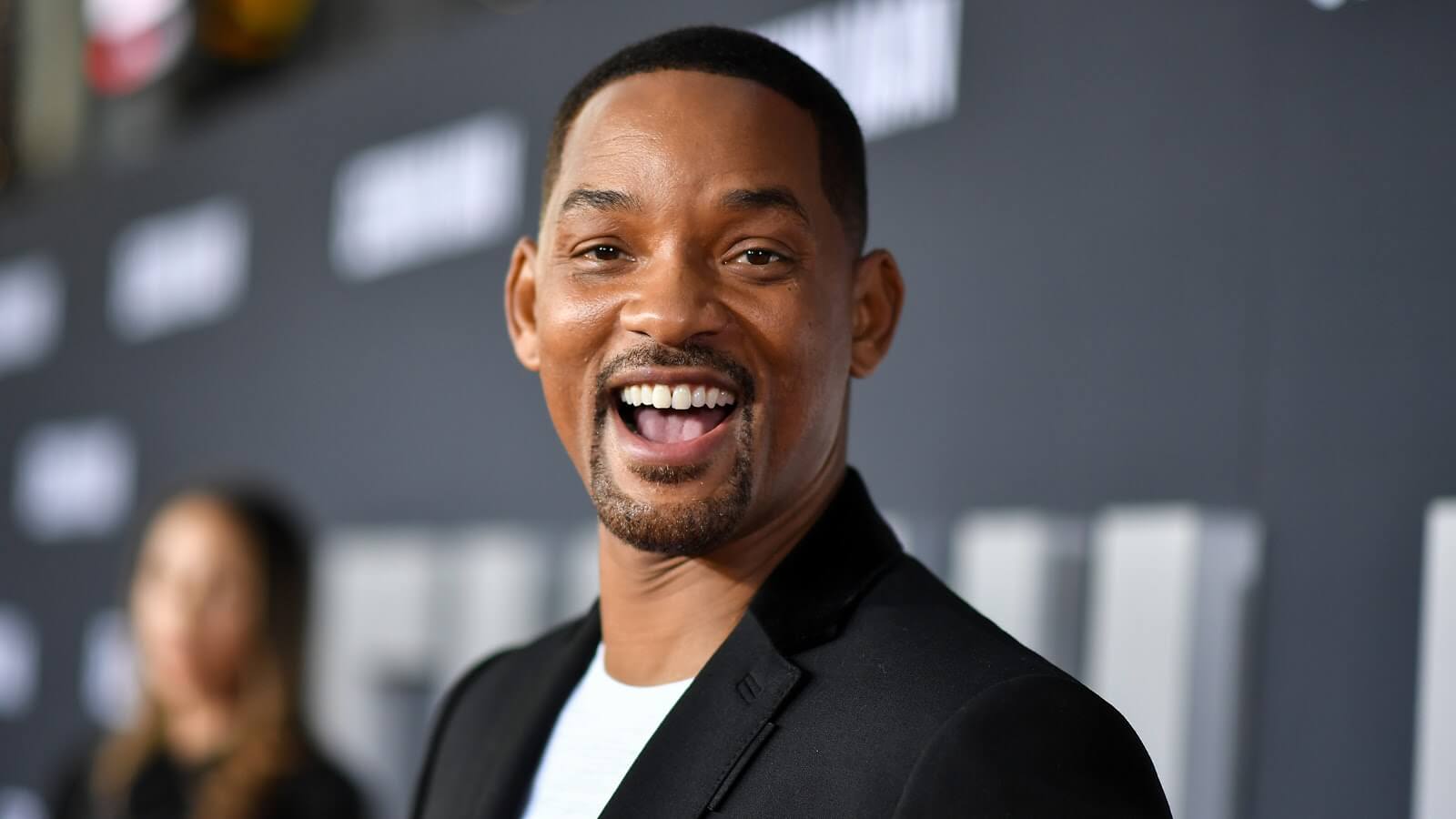 Home » Q and A » Rappers Who Made It Big In Acting

Rappers have long been noted for their content, flow, and delivery. Their way with words helps them to excel not only in spitting raps that stick with and move us, but also in other disciplines, like activism and entrepreneurism.

However, perhaps the most memorable and influential trade that rappers have taken up and excelled in has been acting. Read on to find out more about the careers and triumphs of some of the most exceptional rappers to make it big in both music and on-screen.

West Philadelphia, born and raised, Willard Carroll Smith Jr. — AKA Will Smith — found an early passion for rap, deciding at the young age of 12 that it was what he most wanted to do in life. Smith’s unique approach to rap combined the more traditional old-school hip-hop stylings of Grandmaster Flash with his own brand of personality and humor. Just a few years later, at 16 years old, Smith met and befriended local DJ Jeff Townes, which instigated their partnership and created the duo that became officially known as DJ Jazzy & The Fresh Prince.

Townes and Smith quickly carved out a niche all their own in music, creating funny, catchy, and relatable raps that were clean enough to appeal to a very broad audience. This collaboration culminated in the duo’s debut single “Girls Ain’t Nothing But Trouble” in 1986 and their first studio album, Rock the House, just one year later.

In 1989, DJ Jazzy & The Fresh Prince had their biggest success yet, winning their first-ever Grammy Award in the inaugural category of Best Rap Performance for “Parents Just Don’t Understand,” off 1988 sophomore album He’s The DJ, I’m The Rapper. It was this that opened the doors for young Smith’s career as an actor and led him to his breakout role in The Fresh Prince of Bel-Air.

From 1990 to 1996, Smith starred in The Fresh Prince of Bel-Air, an NBC sitcom loosely based on the rapper’s own life growing up in Philadelphia. Starring in the series, in conjunction with a second Grammy for DJ Jazzy & The Fresh Prince for their 1991 single (and most popular song to-date), “Summertime,” only added to Smith’s growing fame and paved the way for his breakthrough into film.

During his tenure on Fresh Prince, he starred in projects like 1993 comedy-drama Six Degrees of Separation and 1995 action-comedy Bad Boys, before transitioning to even more leading man roles in a number of blockbusters in his post-Fresh Prince acting career.

Smith’s work in films like Ali and The Pursuit of Happyness in the early to mid-2000s earned him Academy Award nominations for Best Actor, while other main roles in features like Independence Day, Men in Black, and I Am Legend further cemented Smith in our minds as a leading man who could carry an action-heavy and nuanced script as well as he could carry a tune.

Dana Elaine Owens grew up in New Jersey and began crafting her image and her music early on, even choosing one half of her famous stage name at the mere age of eight, when she stumbled upon “Latifah,” meaning “delicate” and “sensitive,” in a book of Arabic names. She earned the name, honing her singing and performing skills as a part of her school’s choir and as one of two Dorothys in a school production of The Wizard of Oz.

Latifah began coming up with raps and beatboxing as a freshman in highschool in school bathrooms and locker rooms before branching out to form the rap group Ladies Fresh with two of her friends when she was just a junior in high school. It was Latifah’s mother, Rita, who served as the ultimate match to spark the beginning of her daughter’s career in rap when she invited local DJ Mark James to one of her school dances to see first-hand what the up-and-comer had to offer, giving her and her friends the opportunity to record in his home studio and give birth to the “Flavor Unit.”

James helped Latifah move forward, passing along a demo of her rap Princess of the Posse to the then-host of Yo! MTV Raps, Fred Braithwaite, before it caught the attention of Tommy Boy Music employee Dante Ross. Ross signed Latifah, making way for her debut single “Wrath of My Madness,” which was met with positive reviews and allowed her to launch her first tour across Europe and even perform at the Apollo Theater in Harlem, building up excitement and a fan-base for her first studio album, All Hail to the Queen, to thrive.

Latifah’s growing fame opened the doors for her to begin her foray into acting, earning supporting roles in films like the 1991 romantic drama Jungle Fever, the 1991 comedy House Party 2, and the 1992 crime thriller Juice. From 1993 to 1998, Latifah stepped further into the spotlight while starring in FOX sitcom Living Single, and even had her own talk show from 1999 to 2001 (and again from 2013 to 2015), The Queen Latifah Talk Show.

It was in 2002, however, that Latifah took her acting career to the next level. By then, she’d already won her first Grammy Award for “U.N.I.T.Y.” off of her 1993 album Black Reign and had been nominated three times before that. But 2002 saw her nominated for her first Academy Award as Best Supporting Actress for her work in musical black comedy Chicago.

Latifah has gone on to utterly dominate in both music and acting, with seven studio albums, seven Grammy nominations, an Academy Award nomination, three Golden Globe nominations (one of those she won Best Actress for her work in the 2007 drama film Life Support), two Super Bowl performances, and 70+ acting credits under her belt. Clearly, she has conquered both trades and shows no sign of stopping on either front any time soon.

Born O’Shea Jackson, Ice Cube grew up in South Central Los Angeles, California, an area riddled with a growing influence of violence and drugs. This led his parents to eventually switch him from his local high school to a more affluent, suburban one in the San Fernando Valley.

Cube, who valued education and social issues, quickly became aware of the dichotomy between his neighborhood and the more stable, wealthy one he was attending school in. Dedicated to making a better life for himself, while getting increasingly into rap through high school on the side, Cube enrolled in Arizona’s Phoenix Institute of Technology after high school and earned a two-year degree in architectural drafting in 1988.

In the midst of pursuing his education, Cube sold his first song at the age of 16 to Eazy-E, and was a member of rap group CIA, which caught the attention of Dr. Dre. With E, Dre, and Cube’s first major collaboration, “Boyz-n-the-Hood,” came success and the establishment of N.W.A., which soon added MC Ren and DJ Yella, to round out one of the most influential and successful gangsta rap groups in the history of music. 1988, the same year of Cube’s graduation, also marked the release of N.W.A.’s second studio album Straight Outta Compton, which sent the group into major fame and notoriety.

However, after three years with the group, Cube became incensed over how little he was being paid for his work writing most of the group’s songs, causing him to break off and begin his career as a solo artist in 1990, the same year he released his debut solo album, AmeriKKKa’s Most Wanted. The album was instantly a hit, and the culmination of his success both with N.W.A. and as a solo artist led to his breakthrough into acting when he starred in the 1991 coming-of-age drama Boyz n the Hood.

While producing nine solo albums throughout his rap career, Cube also made a name for himself on the big screen, accumulating a filmography that included Friday, Anaconda, Barbershop, Are We There Yet?, 21 Jump Street, Ride Along, and more. Cube continues to be a prolific writer and creator, with more projects in both music and acting in the works, making us look forward to whatever he’s got coming up next.

Will Smith, Queen Latifah, and Ice Cube are three of the most successful rappers to cross over into acting and crush it there, too, but they are not alone in these endeavors. More and more rappers show their depth and affinity in many different pursuits, from acting to producing to political and social issues, turning them into some of our current world’s greatest Renaissance men and women. The likes of Childish Gambino, Mark Wahlberg, Eve, LL Cool J, Ice-T, and more are just a few other examples of rappers who have made their own marks on the world of acting, and who will pave the way for many more to come.