SAINT JHN: Who is he? And why is he popular? 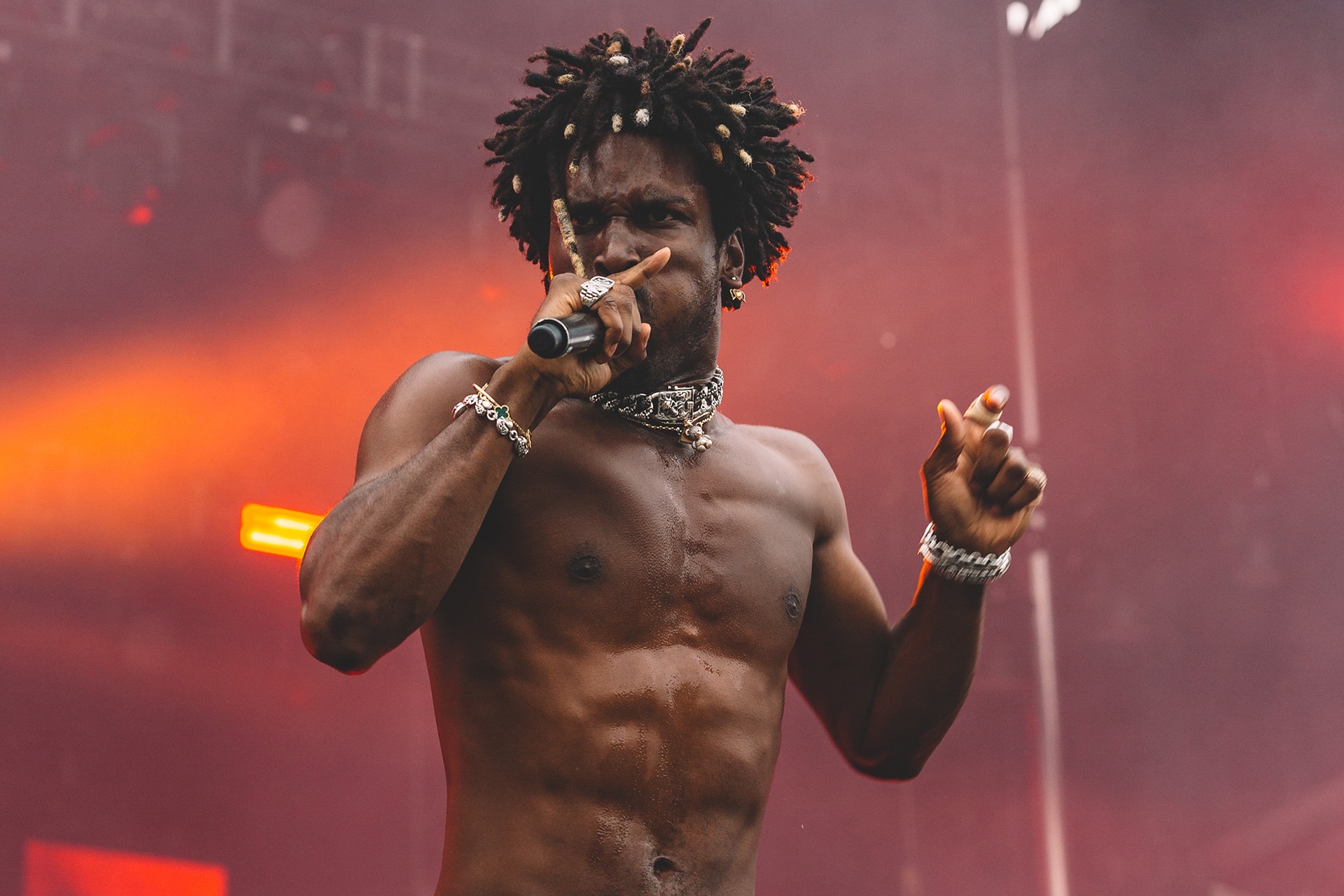 Who is Saint Jhn?

From Brooklyn, NY born Carlos St. John Phillips best known as Saint Jhn has had a different approach to success as a rapper. He began making music early on in life as young as 12 years old, writing and freestyling his music. Unlike most artists who start recording and releasing music, Saint Jhn started making his name in the industry as a songwriter first. In 2010 He caught the attention of Zach Katz an executive in the industry who flew Jhn out to Los Angeles for a few months to assist Rihanna with writing her music.

The privilege of writing music for Rihanna quickly led to multiple writing projects being assigned for Jhn for other stars, most notably pop star Usher, who wrote hit singles “Crash” and “Rivals”. In 2016 Saint Jhn began taking his writing and producing songs for himself. He wrote “Roses” at the time but did not release the song until 2019, which turned out to be a global hit peaking at number 4 on Billboard 100 list. The song also sold over 67 million copies globally, leading to many saying it is without a doubt the song of the summer.

2019 became the breakthrough from writer to rap star. Followed by hit single “Roses” came “Trap” featuring Lil Baby which sold over 500,000 copies in the United States earning a gold plaque from RIAA. The once in the shadows working behind the scenes artist had finally appeared on the big screen himself and was on his way to do tremendous things in the industry.

Saint Jhn had an interesting come up, which is what mainly led to his long-awaited arrival to the Billboards for his work. Even though he made hits for other artists, the credit was never really there and nobody knew who he was. His writing skills gave him the chance to do great things, and perhaps we would have heard more of Saint Jhn if he focused more on releasing music for himself as opposed to writing it for others.

Nevertheless, his writing has earned him a great reputation in the industry and he often continues to write music for bigger names. His talent is versatile, having the capability to produce hits vocally and lyrically are two not so common characteristics in today’s rap world, unlike they were in the past. What gave him an advantage over other artists was the recognition of super-star Jay-Z and Beyonce. They were fascinated with his work ethic and lyrical ability which led to a collaboration with Beyonce on “Brown Skin Girl” which peaked at 40 on Billboard 200.

Having Jay-Z and Beyonce, rap’s favorite couple vouch for you means a lot, in fact it can nearly determine the outcome of an artist’s career. Saint Jhn capitalized off of their affiliation and skyrocketed not only for his own music but for the written part of others. He wrote another sensational hit for Maya B called “Sink” earlier this year. He was also featured on it having his own verse.

Saint Jhn has been a certified hitmaker by this point and has been absolutely recognized in the industry as one of the most talented songwriters of modern times. This led to other artists looking to work with Jhn on features, most notably having super-star Future collaborate on the “Roses” remix.

One of the more difficult artists to put a style to, it appears that Saint Jhn is in a lane of his own. Jhn stated in an interview with Fader “I think it’s challenging trying to describe my sound. Not because I’m making some experimental martian music, but because it’s a little broader.” and we couldn’t agree more.

His sound is very melodic, more on the slow tempo side, sometimes raspy delivery, it is no question Jhn has one of the most unique sounds we’ve heard in a long time. Often comparisons are Future, but even that wouldn’t be exactly accurate considering they are both in their own lane.

However you chose to categorize Saint Jhn, do not get it twisted because we know every time he comes with a new single it sounds completely different from what we have heard before. His versatility is one of the biggest factors when it comes to his separation from other artists. Many even compare his sound to the modern all-time great Kanye West.

Since the release of Saint Jhns debut project “Ghetto Lenny’s Love Songs” which is where “Trap” with Lil Baby was seen on, we’ve looked into some factors that went into this project making it the masterpiece that it is.

We know the project was released via two record labels “Godd Complexx” and “HITCO ENT” both playing a major role in Saint Jhns work. Godd Complexx is Saint Jhns person crew and his record label. This is his primary source of distribution and in collaboration with Hitco Entertainment. The famous and legendary Antonio Marquis best known as “LA Reid” is the CEO and founder of Hitco Entertainment.

When you have a chance to work with a guy like LA Reid, no connection is too far away. Having the relationship Saint Jhn and Reid do, they managed to put out extremely high-quality music from production to videos, features and marketing. As of right now we know their relationship is still strong, which leaves us curious to what they have coming next.

We also know he has a strong relationship with Biggs Burke, co-founder of major record label Roc-A-Fella. Who also played a tremendous role in helping Jhn hit the high points of his career so far.

We know that Saint Jhn has been looking forward to providing his global fan base with what he loves doing most, performing live on the biggest stages. His live performances are often compared to rock and roll music, with his high energy and aggressive performances he rocks the stage like Gene Simmons once did. He had a world tour “Ignorant Forever Tour” planned this year to perform in Europe’s greatest cities, along with our local cities in the United States.

Unfortunately, COVID-19 had got in the way of this tour to happen, and as of right now it has been completely canceled. We certainly hope it will continue when it is safe to do so. In the meantime, we know Jhn has been pumping out music videos from his album giving his fans the visuals they want to see.

We also know he has been strongly involved with Jay-Z’s RocNation, collaborating behind the scenes contributing his writing ability to some major artists on the record label. It’s safe to say Saint Jhn is working hard, and perhaps we might soon see a collaboration with some of the biggest names on RocNation. Stay on the lookout for more of Saint Jhn this fall.