The Birth of Gangsta Rap 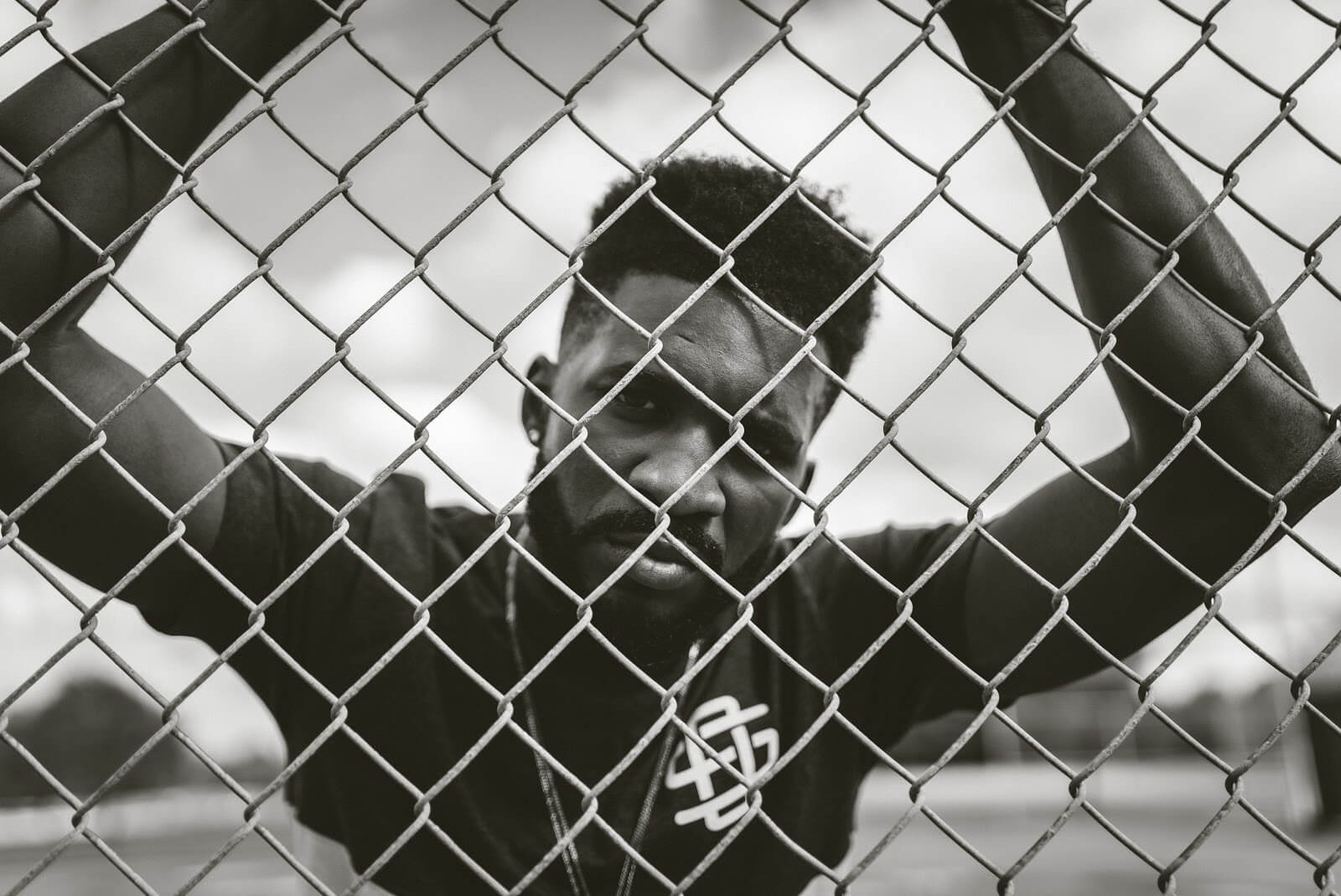 Home » Q and A » The Birth of Gangsta Rap

Gangsta rap is so much more than just a subgenre of music; it was a political movement and statement, a call to action, and an act of rebellion in the face of racism and social issues in America. From East to West Coast, reigned in the ‘90s, demanding to be heard whether you agreed with or liked it or not.

Although it is not as popular as it once was, there’s no denying the wide-reaching influence of gangsta rap in our media and lives, so it’s well worth knowing just how it came to be and who the key players were in this combustible subgenre’s story. Read on to find out more about the birth of gangsta rap.

What is Gangsta Rap?

Gangsta — “gangster” rap is a form and subgenre of hip-hop that came to prominence in the 1990s in the United States. The genre’s aggressive and visceral style is a reflection of violence, poverty, drug problems, and social and economic inequality that pervades many predominantly black, inner-city communities across the country in which many of the genre’s performers were raised.

Gangsta rap’s frequent ties to gangs, violence, and unapologetic messages and language have led to some controversy and backlash, leading many fans of the genre to defend its freedom of expression, artistry, and emotion, rather than the as a literal interpretation of support for misogynistic, violent, and materialistic characterizations of inner-city life and the ghetto. Love it or hate it, almost all gangsta rap songs carry a distinct message, thus setting it apart from many genres and giving it both a bit of extra urgency and meaning.

Gangsta rap got its start on the East Coast, with artists like Philadelphia-based rapper Schooly D spitting honest verses about violence and gangs in 1985 single “PSK — What Does It Mean?”  New York City hip-hop group Boogie Down Productions singing about true local tales of cocaine-related crime in their 1987 debut studio album Criminal Minded.

Quickly, the gangsta rap movement spread across the country, with rappers like Ice-T, who was born in New Jersey and moved to Los Angeles as a teenager, where he became a staple in the West Coast hip-hop scene. Ice T’s 1986 single “6 in the Morning” is often seen as the second-ever gangsta rap song, after (and inspired by) Schooly D’s first one year prior. Gangsta rap also moved down south to Texas, where Houston hip-hop group Geto Boys first burst onto the scene in 1987 and fully embraced controversial topics that sparked shock and outrage among many listeners.

It was after artists like Schooly D, Ice T, and Boogie Down productions laid down the groundwork for and foundation of gangsta rap that others could build upon it, taking the genre to new heights that solidified it as a structure all its own. It was in 1988, with the breakout of brand new, young, and exciting hip-hop group N.W.A. that gangsta rap entered what’s now remembered as its Golden Age.

Gangsta rap’s Golden Age began in 1988 with the formation of N.W.A., a hip-hop group out of Compton, California made up of Dr. Dre, Ice Cube, Eazy-E, DJ Yella, and MC Ren. That year, they released their debut studio album Straight Outta Compton. The album not only sparked controversy and garnered attention with its honest and straight-forward depiction of the violence, racism, and struggles of the people in Compton and the surrounding areas, but also moved the focus of gangsta rap from East to West Coast.

They put gangsta rap and its messages on the map to the point where the FBI even sent the group’s record distributor a letter claiming that song “Fuck tha Police” incited violence and disrespect against cops and therefore was a danger and disruption in the eyes of law enforcement. The fact that words and music could incite such sentiments from an official government organization was merely a testament to the growing power and influence of gangsta rap.

The early ‘90s saw the embers of gangsta rap quickly burn into a roaring flame, with more contributions from Ice-T and solo work from Ice Cube in addition to newer faces and groups. New York City-based rap-rock group, The Beastie Boys, made a shift from punk to rap, singing about sex, guns, and drugs in a slightly humorous and lighthearted manner that marked a slight departure from the hard-core gangsta rap we’d seen before. New York-based hip-hop groups Run-DMC and Public Enemy helped further paved the way in the lyricism and political messaging of gangsta rap.

Dr. Dre’s post-N.W.A. record label, Death Row Records, helped solidify the West Coast as a hub for hardcore gangsta rap, which boasted prolific artists like Dre, Snoop Dogg, and Tupac Shakur. Meanwhile, on the East Coast, rap artists and groups like Mobb Deep, Wu-Tang Clan, The Notorious B.I.G., and Nas forged an offshoot of gangsta rap they called hardcore hip-hop. This ignited an intense East/West coast battle largely between Bad Boy Records and Death Row Records, culminating in the music’s violence bleeding into reality and ending in the murders of Tupac and Biggie, both only in their mid-20s.

This outright feuding and extreme, tragic violence hurt record labels and therefore slowed much of the gangsta rap movement’s momentum. Suddenly, the voices condemning gangsta rap were given a real reason to be heard, thus leading to an influx of backlash.

Even before the deaths of two of the most prominent young up-and-comers in the gangsta rap scene, the genre was being hit with plenty of criticism. Many people found the lyrics in the genre’s songs to be controversial and often seemingly inciting violent acts, drug abuse, and alcoholism among the nation’s youth. Others found themselves annoyed by some gangsta rap songs’ penchant for hyperrealism and exaggeration.

White conservatives found themselves especially offended by gangsta rap’s openness in tackling topics like gangs, swearing, vices, and sexuality, banding together to attempt to silence the African American voices that the gangsta rap movement was created just to finally make heard.

With this backlash in mind, it was relatively easy for critics to use the deaths of Tupac and Biggie as excuses for why gangsta rap had to go. Major labels like Death Row and Bad Boy quickly lost steam, support, and funding, falling out of the public eye after drama like Death Row co-owner Suge Knight’s potential hand in allegedly orchestrating Tupac’s murder. The violence and backlash began weighing on the musical movement that, at its core, was made up of thought-provoking and evocative messages and stories, which unfortunately led to its gradual decline.

It seemed like gangsta rap was having a bit of a resurgence in the ten year-long “Bling Period.” From 1997 to 2007, with the work of burgeoning artists like P-Diddy, Jay-Z, DMX, 50 Cent, and Eminem, who utilized some of the core principles of gangsta rap to spit honest, hard, and sometimes controversial verses, gangsta rap officially gave way to alternative hip-hop by the late 2000s.

Gangsta rap became less profitable and immediate, while newer artists like Kanye West were creating a brand new sound and style that proved much more profitable and palatable to a general audience.

While gangsta rap is no longer nearly as prominent or widely-practiced as it once was, it remains influential for rappers just breaking into the business and memorable as a time when the entire nature of rap morphed into something exciting and brand new. Thanks to old albums, surviving pioneers of the gangsta rap era, and media like the 2015 crime-drama biopic Straight Outta Compton, gangsta rap’s birth and subsequent Golden Age have been memorialized in our minds and favorite music. They help us to remember the hip-hop subgenre that momentarily turned America upside down.