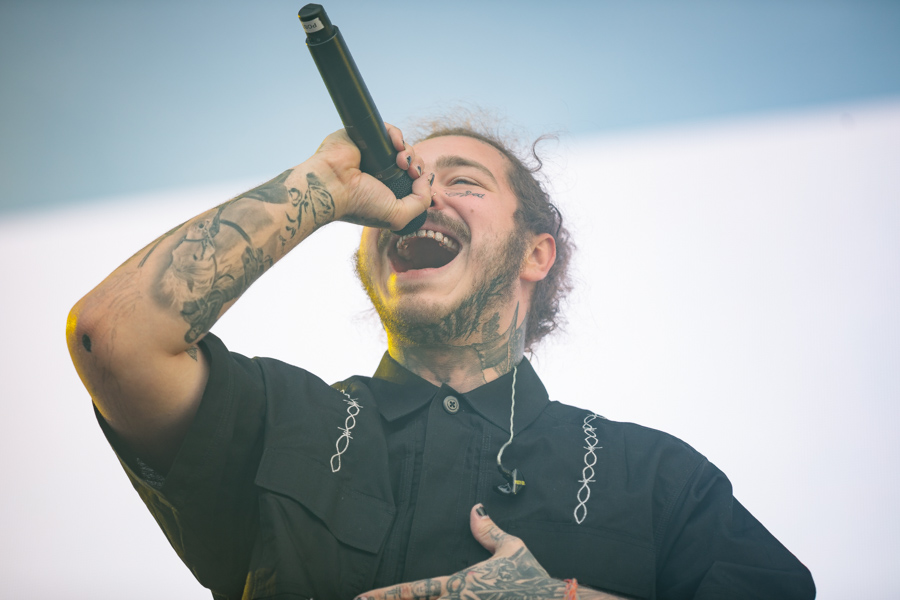 Post Malone is a rising hip-hop superstar, but he’s well known not just for producing standard songs. Instead, many of his greatest fans and his strongest detractors have interesting things to say about his genre: that he doesn’t really have one. What do they mean by this, and what does it mean in relation to wider hip-hop?

Post was born in Syracuse, New York in 1995, but he was eventually moved to Grapevine, Texas while still in his youth. Living in both places, and being raised by a man who had an earlier career as a DJ, Post was exposed to a wide variety of musical influences. He didn’t just get the dose of hip-hop popularity that kids of the late 90s and early 2000’s all experienced; he also had lots of exposure to country, cloud rap, and rock ‘n roll.

When Post was growing up, he found that he had a taste for soft metal, and even tried to play with a band for a while. As he learned an appreciation for music from general pop-culture and from playing the videogame “Guitar Hero”, he eventually began to experiment and find his own musical style.

The result? An interesting and iconic blend of hip-hop, country, grunge, and R&B. The style took a while to fully come together, of course – his original mixtape wasn’t necessarily indicative of the type of music you going to produce and become famous for. But the earlier signs of his unique style were already there.

Post continued to experiment throughout his late teenage years. By the time he was 20, when he met 1st Down of FKi, he was offered the chance to put together a single that would catapult him to the top of the charts: White Iverson. This iconic track was released on his SoundCloud account and bolstered by a music video. The resulting popularity started his official hip-hop career.

As Post has only grown in popularity, many people have given their opinions about his musical style and his overall “genre”. For instance, lots of critics call Post one of the most versatile musicians in the hip-hop sphere, praising his laconic vocal style mixed with more modern music production methods and hip-hop sounds.

The New York Times columnist Jon Caramanica once called Post, “an artist to toes the line between singing and rapping”, calling all of his music a blend between hip-hop and spooky electric folk.

However, this wide range of inspirations and different ingredients Post uses have drawn a few different controversies. For instance, some people have called Post a “culture vulture” for his apparent tendency to take different aspects of marginalized cultures and incorporate them into his own music. Some people don’t believe that Post has the right to take certain sounds or themes given his background or skin color.

Post describes his music as “genre-less”, bucking at the idea that you could classify his sound in such borders. In effect, the answer to, “what genre is Post Malone”, is: “it doesn’t really have one!”

Does It Count as Hip Hop?

Well, that depends on what you consider hip-hop to be.

For instance, RapTV says that hip-hop is the number one genre listened to these days. Indeed, hip-hop boasts millions of fans across demographics and cultures, probably because it’s a multicultural type of music in the first place. Hip-hop got its start from the African-American, Puerto Rican, and Jamaican immigrants who got together in New York City to combine their musical cultures and enjoy each others’ unique tastes.

The sound eventually evolved into its modern form, and is now predominantly created by those from minority cultures that are sometimes subsumed by greater American (and white) sounds. As such, hip-hop has a bit of a rebellious streak to it, although it also welcomes people from most backgrounds and cultures because of its own blended origins.

In addition, hip-hop is one of the most individualistic types of music that can be produced. Hip-hop artists are often distinguished from one another because of their unique sounds or takes on the genre. In this respect, Post Malone is no different from the other popular rappers that have taken the stage in the decades since the art form’s creation.

It’s also a big part of why people get so attached to different hip-hop personalities – many fans see a bit of themselves and their own dreams in the success of their favorite stars.

Ultimately, Post Malone’s music does count as rap, hip-hop, or any other type of music that the artist draws inspiration from. But that doesn’t necessarily mean that it’s only hip hop.

Genre and What It Really Means

All in all, you don’t have to enjoy Post’s music because it’s hip-hop, and you don’t have to hate it for the same reason. In fact, we think what Post means when he says that his own music is genre-less is that it’s for everyone who wants to enjoy it without having to worry about borders, demographics, or stereotypes. It’s just music, plain and simple, and it’s meant to be enjoyed instead of categorized with arbitrary limits.

This is, in our opinion, a very helpful message that many more in the music industry should consider. While it’s true that different styles of music should be classified for the purpose of direct comparison or education, popular music like what Post creates doesn’t really need to be boxed into a single genre. It’s unlikely that people are going to be teaching Post’s music in classes anytime soon (though that might change depending on how successful he eventually ends up becoming!).

Ultimately, people listen to Post’s music for the same reason that they listen to most music regardless of genre or style: to have a good time and to connect with people who appreciate the same type of art. To this end, what genre Post’s music belongs to is a question that doesn’t fully need answering. It belongs to the genre that you think it does.