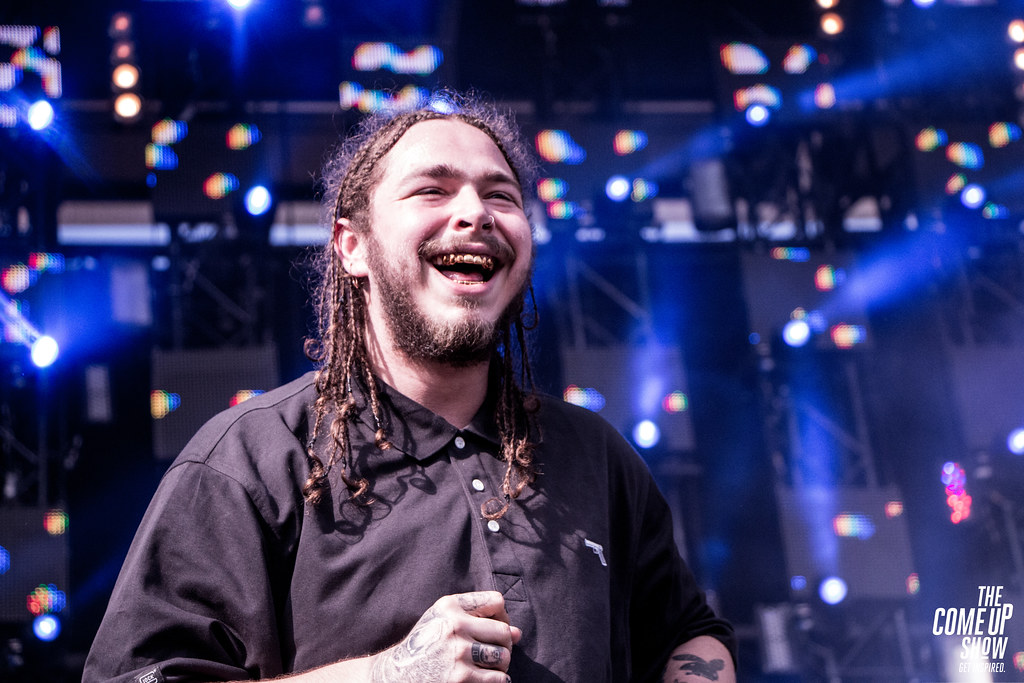 Post Malone is one of the most recent hip-hop icons to top the charts and capture the imagination of the media because of his face tattoos and streaming records. Being so young and so successful even at such an early stage of his career, many people wonder, “Where is Post Malone from?” Let’s dig into his answer and more as we examine the artist’s origins and speculate as to where he might go.

Post Malone (born as Austin Richard Post) was born in Syracuse, New York, on July 4, 1995 – the national holiday for the US, in fact. This is appropriate, given Malone’s later incorporation of classic American genres, Country and Hip Hop, and many of his famous songs.

Post originally formed an interest in music in large part thanks to exposure from his father. His dad had a history as a disc jockey in his earlier years, which allowed Post to experiment with different types of music that were apparently opposed to one another, like hip-hop and country.

By the time Post was nine years old, he and his family had moved to Grapevine, Texas. It was here that Post’s father became the concessions manager for the Dallas Cowboys, and it’s also around the time when Post began to play the guitar – he was originally inspired by playing the game “Guitar Hero”, which is popular in the early 2000s.

Even at this early age, Post was interested in playing music as a career and even attempted to join a band called “Crown the Empire”. Unfortunately for Post, he wasn’t able to complete the audition since his guitar strings broke in the middle of his set! Still, this did little to slow down the young man’s enthusiasm for music or his interest in a career as an artist.

In fact, it was only a few years later in 2017 that Post began working as a DJ in LA after he graduated high school and dropped out of college. Even before this, Post created a mixtape at the age of 16 called “Young and After Them Riches”. Though this first mixtape never made it past his high school, it was his first official foray into producing music for the public.

Interestingly, this was also the time when Post came up with his stage name. There are mixed accounts on how he came up with the “Malone” part of the moniker, as Post likely comes from his own last name. According to one story, Post chose Malone because of his reverence for a professional basketball player called Karl Malone. But in another story, Post claims that he used a random rap name generator to get the surname for his stage name. Who can say which is correct? Maybe it was both.

Apparently, his classmates thought that there was potential; he was voted the “most likely to become famous” by most of his classmates during his senior year in high school. While he had to work at a Chicken Express restaurant during his teenage years, it was a good herald of the future success and public adoration that Post would enjoy after he left his hometown.

Once Post graduated from high school, he enrolled in the local Tarrant County College. He eventually decided to drop out as he wasn’t interested in pursuing higher education at that point. Instead, he decided to pack his bags and moved to Los Angeles with his friend named Jason Probst. It was here that he began working as a DJ (mentioned above) and experimenting with his music creation at the same time on platforms like Spotify and Soundcloud.

While in LA, Post, Probst, and many of their other friends and music producers created their own musical group called BLCKVRD. It was during this time that Post would get the opportunity of a lifetime. By meeting 1st Down of FKi, he was offered the opportunity to create a few tracks under studio supervision and with the assistance of industry experts. He created his mixtape, “August 26th, in 2016.

White Iverson, the number one hit off his debt album catapulted Post into fame as a rapper and a songwriter. It was the beginning of Malone becoming, according to RapTV, “one of the Rap’s hottest names”. His three studio albums recorded under Republic Records record label are his debut album “Stoney,” Beerbongs & Bentleys,” and “Hollywood’s Bleeding,” and have included hit songs like Congratulations, Psycho, Sunflower, Go Flex, Rockstar, Deja Vu, Goodbyes, WoW, I Fall Apart, and more. He has collaborated with popular musicians like Quavo, Justin Bieber, 21 Savage, Ty Dolla Sign, Young Thug, Swae Lee, and Kanye West. He has been nominated for Billboard Music Awards, sat atop the Billboard Hot 100 chart, been praised by Rolling Stone, and has even been nominated for the “Album of the Year” Grammy Award. Many of his rap songs have been certified multiple times platinum by the RIAA and one even appeared in the movie, “Spider-Man: Into the Spider-Verse.”

Impacts of His Origins on His Music

Ultimately, Post’s origins have a lot of impact on his music. As mentioned earlier, being exposed to both a DJ’s general interests and ability to blend different tracks together likely had a big effect on Post’s own musical tastes and on the way that he decided to create his tracks as an artist in adulthood.

For instance, only with his father’s earlier interesting music and exposure to various hip-hop, rock, and country songs would Post have the inspiration to do the same with his music years later. Furthermore, Post grew up in both Syracuse, New York, and Grapevine, Texas – two American towns with significant country and urban influences. Although neither are metropolitan centers in their own right, they’re far from rural.

Finally, one has to consider the cultural influence Post received when growing up. As he’s said, he originally became influenced to play guitar via a video game, which also exposed him to a further variety of musical artists and genres. In the early 2000s, hip-hop was becoming even more popular than before and was evolving with computer technology. It was the beginning of the era of the self-made rockstar.

No doubt that Post’s origins from these places and this unique timeframe were part of what made him so uniquely placed to be successful today.

So, where is Post Malone from? Lots of places, just like the rest of us. He hails from a few different hometowns depending on when you’re talking about, but he’s purely American in other senses. He’s also a child of great cultural change. Born into a proverbial melting pot, it’s no surprise that Post’s creations reflect the blended nature of his childhood and combine so many influences into iconic songs.