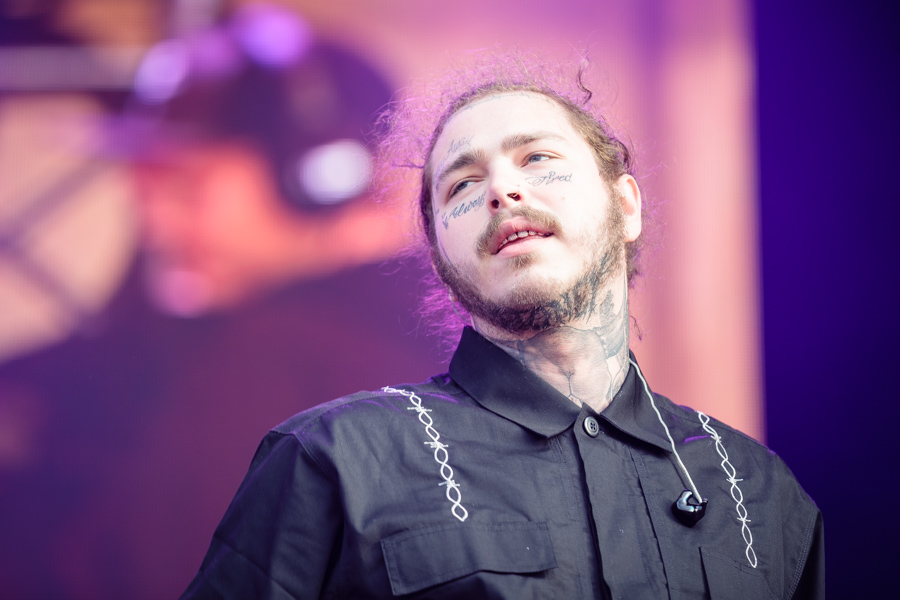 The dating lives of our favorite celebrities are some of the best gossiping topics we always like to dig into. One of the rising superstars in the rapper hip-hop world, Post Malone, more formerly known as Austin Richard Post, has hit a rocky point in his love life and recently broken up with his longtime girlfriend, Ashlen Diaz. This has led many to wonder about Post’s current dating endeavors or wonder whether the existing rumors are true in the first place.

Everyone already knows the basics of Post Malone’s girlfriend, she was his first and longtime lover but who is Post Malone dating now? Let’s look at his dating history to start.

It’s common knowledge that singer and songwriter, Post Malone originally met his longtime girlfriend, Ashlen, in 2015. Girlfriend Ashlen Diaz, who is from Houston, was (and may still be) a music promoter. This was during the earliest parts of the relationship when Posty was trying to make it as a musician and still hadn’t yet landed the deal that would let him produce his first hit song, White Iverson.

According to the stories, Post and Ashlen originally met at a nightclub in Dallas. Ashlen had reportedly originally booked Post for a show at the nightclub where she worked, although Post himself says that he had been following the promoter on Instagram and other types of social media even before the booking. But it was at the fateful show that Post decided to ask Ashlen out – he’d fallen in love with her. The rest, as they say, is history.

It’s a nice story, too, because musical stars often have fraught romantic relationships. There are plenty of horror stories about significant others that are only after the money and prestige that their iconic boy or girlfriend brings them. It’s clear that this was never the case for Ashlen, as she met Post before he became famous and before he signed his first deal.

These days, as RapTV put it, Post is “one of Rap’s hottest names”, but it’s nice to know that his first relationship wasn’t because of his fame from hit album Stoney.

Apparently, while the two were known for their privacy, there was a little bit of drama in the first year after Post became famous. 2016 reportedly saw the two break up for a temporary split before they got back together. During an interview with the Breakfast Club, the two discussed their relationship and recommitted to one another. All seemed right with Post’s romantic world once again.

Over the next couple of years, fans had fun speculating as to the couple’s future, even to the point of harassing them several times on social media. Like with virtually all fan groups, things got toxic at some point – Post had to eventually call off some of his Twitter followers’ attempts to get him and his girlfriend break up in favor of a new beau. This annoying behavior has stopped, but not for a good reason.

It seems that the original relationship was not to last. As recently as 2018, US Weekly reported that both Post Malone and his girlfriend broke up, ending a three-year relationship that had all the outward signs of stability. Granted, the two were (and still are) exceptionally private about the details of their romantic relationship, so there’s no telling exactly what happened or why they decided to split.

This hasn’t stopped the rumor mill from churning, of course. Some rumors say that Diaz was the one who broke up with Post, while others claim that the pop-culture superstar became increasingly busy with his music commitments and couldn’t give Diaz the time she needed in the relationship.

Whatever the reason, the idea that Post is now single has driven speculation to an all-time high.

To the disappointment of many social media followers, neither Post Malone himself or Ashlen Diaz has ever commented on their social media pages or through interviews about the relationship or the apparent breakup. No drama here, folks! Move along!

But the era of digital devices has allowed a few tidbits to squeak through, although not in the way that you might be thinking.

In the same year (2018), snapshots showed up of Post Malone on a yacht while vacationing. But Post wasn’t alone; the pictures showed the hip hop artist apparently canoodling with a “dark-haired yacht babe” as some have described her. The photos don’t show anything concrete, yet it’s clear that there’s a layer of intimacy that goes beyond just “buds”.

Furthermore, even more recent photos have Post holding hands with a dark-haired mystery woman who looks remarkably similar to the same “babe” spotted on the yacht. Naturally, this has fueled even further rumors, so now lots of people think that this mystery woman may be Post Malone’s new girlfriend.

Of course, Post has maintained his trademark closed lips approach when it comes to his personal life and his dating matters. When questioned about it on Twitter, the hip-hop artist said, “Let us live our lives”. This type of response is common enough at this point that most people don’t bother asking Post directly about his dating goals or the identity of the mystery woman.

Furthermore, new photos of the two are surprisingly scarce. This may mean that the romantic entanglement was a short-lived endeavor; perhaps the two have already split and Post Malone is back on the single bandwagon again. Then again, if there was a relationship, chances are high that Post wouldn’t be telling his social media about it!

So, who is Post Malone dating? Only he can really tell for sure, and he isn’t likely to unzip his lips anytime soon. There’s almost nothing to be found about the mystery woman in question – we don’t even have a nationality to go on, so she could be from anywhere at all.

It’s likely that we’ll only get real concrete information if and when Post ever decides to get married, at which point it will be impossible to hide the details from the press. Until that time, all we can do is watch… and speculate!