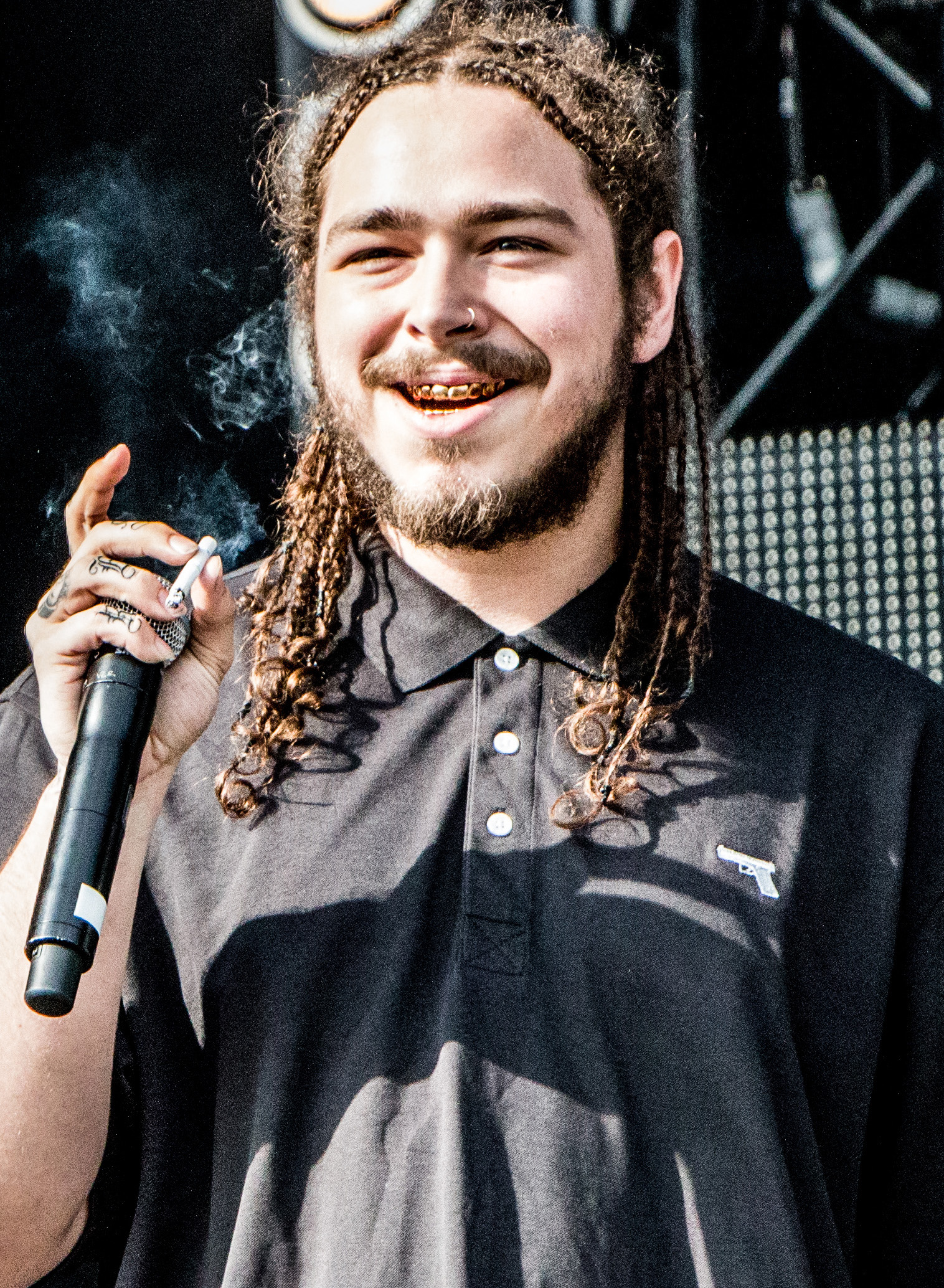 Post Malone, whose real name is Austin Richard Post, is an American rapper well known for successfully blending a variety of different styles and genres, including grunge, country, and, of course, hip-hop as well. While his physical career is just beginning, it’s clear that he has a lot of potential. After all, he’s become one of the most well-known artists of the last few years! However, like with many rising stars, Post Malone has also attracted some controversies along the way.

Born in Syracuse, New York on July 4, 1995, Post was raised by his parents, Rich and Jodie. Post was first introduced to music by his father, who had enjoyed a short-term DJ career when he was younger. This resulted in Post being exposed to a variety of different music genres, including country and hip-hop. By the age of nine, Post and his family moved to Texas, where his father became a manager of concession products for the Dallas Cowboys team.

It was around this time that Post began playing guitar. Although he auditioned for “Crown the Empire”, a band in the area, he was rejected as his guitar strings, unfortunately, broke in the middle of his audition.

But this was not the end for Post – indeed, he still had a lot to look forward to.

How His Career Began

Post attributes his initial music in learning guitar to the Guitar Hero video game, a popular game released during the early 2000s. Additionally, Post has mentioned that he loves emo music, which inspired his later artistry choices to a great extent.

Post joined a heavy-metal band when he was a teenager, although his musical tastes eventually led him to transition to a softer style of rock. As he got into hip-hop more earnestly, Post began to create his own music and started experimenting with ideas for a future career as an artist. If only he knew how far he would go!

Interestingly Post chose his stage name by the time he was 14 or 15 – this was pretty early, as he wasn’t yet famous by any measure. According to Post, he picked up his name as a combination of his last name and the last name of a famous basketball player named Karl Malone, one of his idols.

By the time he was 16 years old, Post had created the first mixtape under his name, called “Young and After Them Riches”. This was only shown to some of his classmates at his local high school, but it was a herald of things to come.

Though Post attended college (Tarrant County College, to be exact), he soon dropped out and moved to Los Angeles to join one of his friends, who was then trying to make a career as a professional game streamer. It was at this time that Post and several other friends formed a music group called “BLCKVRD”. The group eventually moved into a house in the San Fernando Valley, which is where Post met 1st Down of FKi.

Impressed by the young man’s possible talent, Post was allowed to create a few tracks under 1st’s supervision. It was this moment when Post wrote the song that would catapult him into fame: White Iverson. The song was reportedly recorded only two days after Post wrote the lyrics himself.

The song, after being uploaded to Post’s SoundCloud account, soon reached over 1 million views within a month. This was bolstered in popularity short after since Post made a music video for the same song a few months later. It was the song that allowed Post to sign with Republic Records and officially began his career as a songwriter and artist.

Since that signing, Post has released other songs and albums and has even begun the process of making his own record label and film production company. His debut album, “Stoney,” was then followed “Beerbongs & Bentleys,” and “Hollywood’s Bleeding.” Hit songs like Congratulations, Psycho, Circles, Sunflower, Deja Vu, and I Fall Apart were all included in these albums. Billboard Hot 100 chart-topping songs that break streaming records on Spotify, TV performances, and Grammy and Billboard nominations have all been regular events in the icon’s life since.

What Music Is He Known For?

Post is generally known for music that blends a variety of styles together, forming a melting pot of different sounds that keeps his tracks unique. For instance, much of his music blends together themes, lyrics, or instrument styles from hip-hop, rock, cloud rap, and more. To Post himself, the music is “genre-less”.

In terms of influences, Post has cited artists like Bob Dylan, 50 Cent, and Kanye West as key factors in how he writes his music and how he decides what types of music to create. He has collaborated with a wide range of popular musicians like Ty Dolla $ign, Justin Bieber, 21 Savage, Quavo, Young Thug, Travis Scott, Wiz Khalifa, and Swae Lee. Ultimately, Post is likely so successful because his music successfully blurs the line between several different genres, which makes it accessible to a wider than average audience.

Still, his status as a hip hop star can’t be denied. According to RapTV, Post Malone is, “one of Rap’s hottest names”.

Despite all his success stories, Post has also been the focus of a few different controversies. Due to his white ancestry, some have accused Post of appropriating African American culture. Post himself hasn’t helped things with a few inebriated rants and other inappropriate words or phrasings.

Additionally, Post has made numerous statements disparaging rap as an art form in general, claiming that it doesn’t talk about real issues in society anymore. Social media backlash has ensued over each of the admittedly mild controversies that have enveloped his character.

More recently, Post came under fire for refusing to cancel the sold-out show at the Pepsi Center in Denver due to coronavirus concerns. However, each controversy did little to overall stem the tide of popularity and artistic success that Post has seemed to enjoy ever since he released his first hit song.

Who is Post Malone? A rockstar just getting started, that’s what!

The young singer and songwriter known for his face tattoos is still only 24 years old, so his musical and professional career has just gotten started. At the same time, there have been a few minor controversies to stir the pot as of late – time will tell whether more controversies follow or if Post becomes a stable influence in the media icon industry.

One thing is for sure – we’ll be paying attention to Post’s story with great interest in the future!