10 Most Intense Rap Battles of All Time 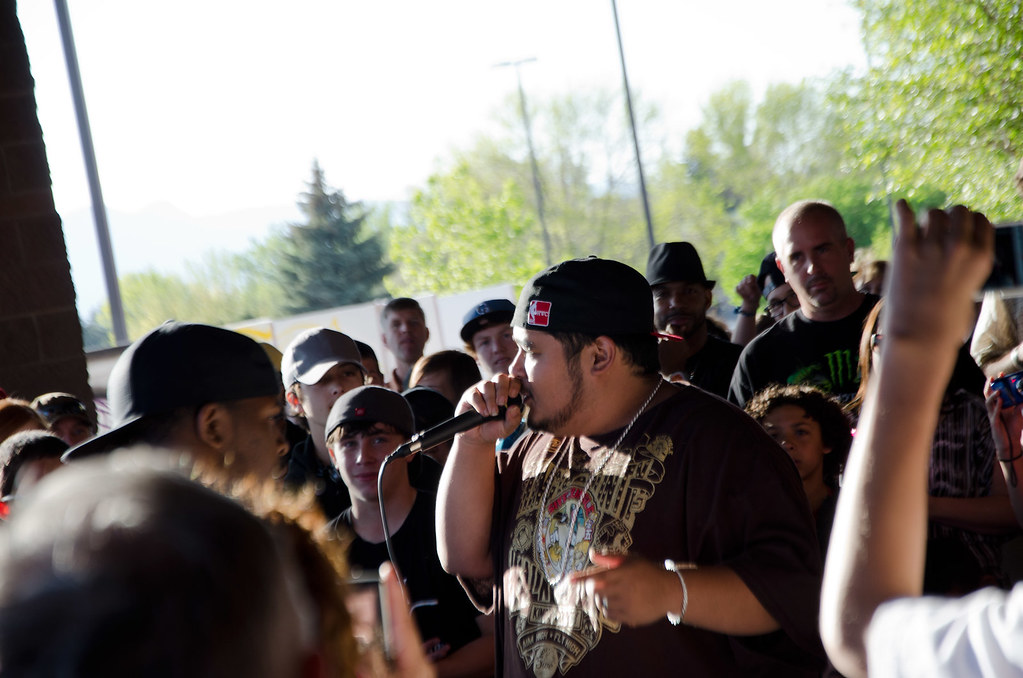 Home » Rap Lists » 10 Most Intense Rap Battles of All Time

Rap battles have been a tradition of the rap community for quite some time. They are used for fun, or more importantly when rappers have a disagreement of some sort and want to sort it out via their talent and lyrics. It truly is a talent to be able to spit out raps like this. Throughout history, there have been some notable rap battles ranging from the 1980s to 2020. Of course, there are many rap battles over the years, but these are the top 10 most intense rap battles of all time.

As times have changed so have the formats of rap battles. This epic battle rap pushed bounds to a new platform of Instagram Live. Nelly was representing St. Louis and Ludacris was representing Atlanta. These 2 stars of the 2000s had a battle that was very memorable. After a long battle of 20 rounds, Nelly was crowned the winner. He spit some sick punchlines and won the hearts of the audience. It is great to see the traditions of rap and hip-hop continuing in new ways.

Going way back into old school hip-hop we have the historic battle of Kool Moe Dee vs. Busy Bee in 1981. This battle shaped hip-hop rap for the next several decades. Kool Moe Dee was a master of rapping fast and witty rhymes, while Busy Bee was an emcee for the club. The thing to see in this battle is the freestyle Kool Moe Dee whipped up following Busy Bees set. Over 2 minutes of line after line Busy Bee lost but more importantly, Kool Moe Dee solidified rap in the form it would be for decades to come.

The Dumbfounded vs Tantrum rap battle is one of the first battles to take the internet by storm. Being originally uploaded to Youtube back in 2008 and still having many daily views. This showdown is a clash of two very different demeanors and style is excellent to watch. Dumbfounded with a much cooler vibe jabs with intent and thought while Tantrum goes full in with his emotionally charged versus. In addition to a battle between two stylistically different rappers, we can see overall differences as it was a battle between regions which was seen in Dumbfounded’s more complicated versus vs Tantrums sharp and fast versus.

This rap battle took place at Scribble Jam in 1999 and is still being remembered today. Eyedea and P.E.A.C.E had a great flow and unique lyrics as battle rappers. This was not a personal matter, but a matchup at the event. The battle got so intense though, that the music was turned off so that they could really get into it. The consensus is that Eyedea won the battle. Overall, they both did a fantastic job and are true artists in the battle league.

This was a big deal in the rap industry at the time. Ice Cube had issues with their management, which led to the group noting him in a song of theirs, dissing Ice Cube. Ice Cube then made the notable “No Vaseline” lytic in his song which really tipped the battle over the edge. For being just one man against a whole group, Ice cube managed to win the battle and come out victorious. He showed them that Ice Cube was not to be messed with.

Nas and Jay Z were very big rivals before they finally came together. They were both huge in New York City and had some beef with each other, whatever it was. This was not the classic rap battle where they stand in a room and battle each other. These were songs that were released in response to one another. Overall, the major consensus is that Nas won. This large rivalry made for a very memorable rap battle that will go down in history.

2Pac and Biggie Smalls had one of the largest rivalries in rap of the 1990s. These two represented each coast, Tupac on the West Coast and Biggie on the East Coast. There was also some business drama that contributed to the rivalry. With all of this heat between them, the battle was very intense. Unfortunately, both Tupac and Biggie were both murdered that year shortly after their rap battle. After Tupac died first, Biggie saw it as an opportunity to try and end the coastal feuds.

Before Eminem made his career in making albums, he was a rap battler. Eminem has appeared in many rap battles, but this one with Juice tops the cake. The battle was so good, that this was where Eminem’s career truly began. The video was sent to Dr. Dre who reached out to Eminem and got his Slim Shady album started. While the lyrics are good, it is even cooler to know that this unplanned rap battle paved the way for Eminem who has truly made an impact on rap.

Canibus also has had a lot of rap battles but was ballsy enough to challenge LL Cool J, who was a rap god. Some of the issues may have stemmed from a miscommunication when Canibus featured on one of LL Cool J’s songs. There is some disagreement as to who actually won the battle. Some say that Canubis was nowhere as skilled as LL, but others think that Canubis had some witty lines that knocked his performance out of the park. It is truly up to the viewer to decide who they think was the most intense.

You can’t have a list of most intense rap battles without talking about Jay Z and DMX. Footage of early rap battles between the two is a great example of old school hip-hop and might be one of the best battles of all time. After these rap battles, both artists began climbing the rankings in the 1990s. With more fame, the two began to have beef and with them having the same record label it is easy to see where tensions arose. The early years of the battles between these hip-hop royalties are something that will go down in history.

Rap battles are a tradition that is most likely going to stick around. They are a great way of solving issues without resorting to violence. Sometimes they can even be just for fun. With new sites like Verzus, rap battles will be able to happen more frequently thanks to the technology. Rappers no longer have to actually be together to spit out the mad lyrics and show their talent. Keep an eye out for more rap battles that will come out, and until then enjoy the many that have already made history.