20 Most Streamed Rap Songs of All Time 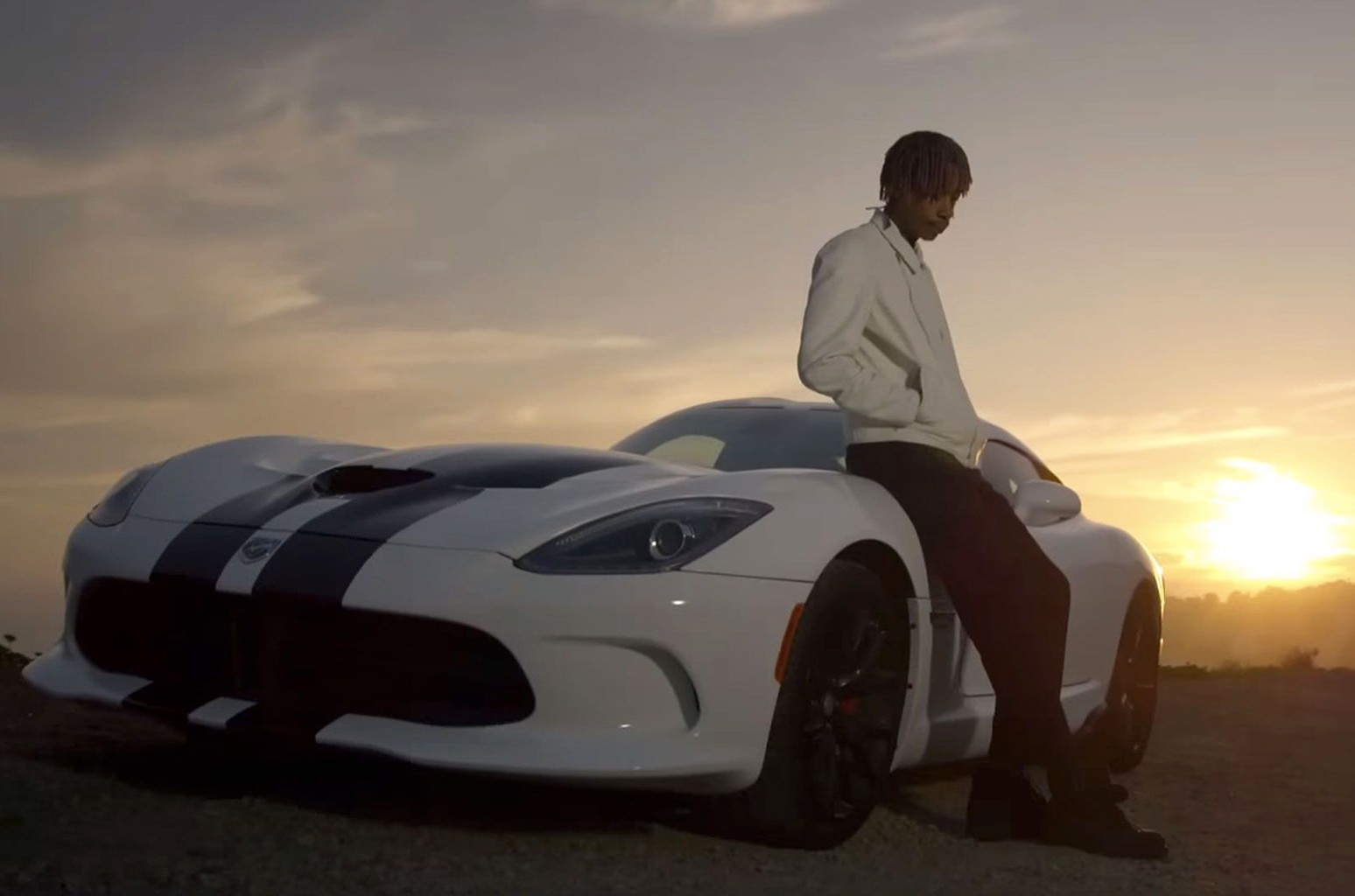 Home » Rap Lists » 20 Most Streamed Rap Songs of All Time

Ranking Rap songs by their streaming numbers may be a bit unfair. Why? Because even ten years ago, when streaming was technically a thing, it was not nearly as popular then as it is today. Fans used to rely mostly on radio and television to listen to their favorite rappers. Times, obviously, have changed. While BBC Music and Official Charts use their own ranking systems to list the ‘20 Most Streamed Rap Songs Of All Time’, we pooled our own numbers and combined them with YouTube video-views to come up with the following list.

‘See You Again’ is not the first movie soundtrack to become a massive hit. However, the story behind the song endeared it to the minds of both rap and non-rap lovers. The song is the soundtrack to the 2015 movie ‘Furious 7’ and pays tribute to Paul Walker. It has been streamed over 4.5 billion times on YouTube, the most-streamed of all time.

After a hiatus from the music scene, Eminem returned with the album ‘Recovery’ in 2010. ‘Love The Way You Lie’ tells the story of lovers who would not let each other go despite being in an abusive relationship. Love sucks, right? The song was a huge success, selling over 12 million copies in the United States and having over 2 billion YouTube streams.

The Billboard ranked 50 Cent the third-best rapper of the 2000s just behind Eminem and Nelly. Speaking to Rolling Stone, Dr. Dre said ‘In Da Club’ was created in an hour and only needed a monster beat to become a hit. The 2003 release has over 930 million views on YouTube. To date, the vibe still gets people to their feet.

Eminem is the first rapper to win the Oscars for the Best Original Song. This was for his soundtrack ‘Lose Yourself’ in the 2002 musical drama, ‘8 Miles’. The track now has about 886 million views on YouTube. Eminem is one of the rappers that smashed racial barriers in the rap genre. Consequently, his works have led to the approval of white rappers.

‘Dilemma’ spent four weeks on number one on the Billboard Hot 100 chart soon after its release. Also, the song reached number one in several European countries and Australia. It later won the 45th Grammy for Best Rap Performance. It has been streamed over 779 million times on YouTube. ‘Dilemma’ follows the story of two people who want to start a relationship. The only obstacle is that they are already in separate relationships.

Initially released in 2011, ‘Can’t Hold Us’ gained massive popularity in 2012. It was included in Macklemore and Ryan Lewis’ debut album ‘The Heist.’ Consequently, it reached the top spot on the Billboard Hot 100. In Australia, it was the duo’s third number one in a row. The following year, it was one of the most streamed songs on Spotify. It has over 773 million views on YouTube.

This album-titled song is also the soundtrack of the movie ‘Dangerous Minds.’ The song has featured on rankings by NME and VH1. It also earned Coolio a Grammy for the Best Rap Solo Performance. It also won the Best Rap Video in the MTV Video Music Awards. ‘Gangsta’s Paradise’ has over 377 million streams on YouTube.

‘Stan’ was the third single from Eminem’s ‘The Marshall Mathers LP.’ The song went ahead to reach the number one spot in twelve countries. The song received several nominations but only won a few. ‘Stan’ tells the chilling story of a hardcore fan—but we are not going into the details. It has over 303 million YouTube streams.

Behind his intimidating appearance was a laidback balance between urban realism and laidback lyrics. One of the songs on his 1994 debut album ‘Ready to Die’ was ‘Juicy.’ The album received critical acclaim and shot him to the center of East Coast hip hop. ‘Juicy’ has over 291 million YouTube streams.

Notwithstanding that it was released in 1995, it has garnered over 253 million views on YouTube. In recent years, 2Pac has become a yardstick for budding rappers. Inasmuch as he was popular for his thug-life tales, ‘Dear Mama’ tells a background story of the events that shaped his reality.

The rap duo is considered one of the most successful, with over 3 million records sold. ‘The Infamous’ album released in 1995 is one of their greatest and the track ‘Shook Ones (Part Ii)’ is among their top three greatest tracks. On YouTube, it has been streamed over 129 million times. Notwithstanding the loss of Prodigy in 2017, the group remains active.

‘Killing Me Softly’ has at least three versions. The one by Fugees is a cover to Roberta Flack’s version and was part of their 1996 album ‘The Score.’ The song only made it to number 2 in the United States. However, it hit the top spot in the UK and became one of the greatest selling singles. It has over 122 million views on YouTube.

After leaving N.W, where he was the lead rapper and songwriter, Ice Cube ventured into a solo rap career. His 1992 album ‘The Predator’ is the first-ever in rap history debut on number one on pop and hip hop charts. ‘It Was A Good Day’ is one of the monster hits on the album. Having over 115 million views on YouTube says a lot about its reception.

If you were a fan of rap music in the early 1990s, Wu-Tang Clan is a name that always stood out. The American hip hop group was formed in 1992, and the following year they stunned the world with the album ‘Enter the Wu-Tang (36 Chambers)’. That album is considered one of the best in hip hop history. However, ‘C.R.E.A.M.’ is one of the most-streamed with 110 million views.

Their debut studio album, ‘Straight Outta Compton’, literally tells you their origin. The rap group formed in 1987 is credited to popularizing the gangsta rap subgenre. At that time, they were considered one of the most influential hip hop groups. This album-titled track has over 108 million views on YouTube.

N.W.A. lasted as a group for only about four years, but their debut album ‘Straight Outta Compton’ ranked among the best all-time. ‘Fuck Tha Police’ is a track that draws inspiration from their experiences on excessive policing and racism. This song has been streamed by over 71 million people on YouTube.

‘Runaway’ is the single from Kanye West’s 2010 album ‘My Beautiful Dark Twisted Fantasy. Admiration for this song stemmed from the openness of the subject matter. West shared his views on his failed relationship as well as criticisms. ‘Runaway’ made it to number 12 on the Billboard Hot 100 and has over 57 million views on YouTube.

‘One Dance’ spent 15 consecutive weeks on the UK Singles Chart. On the US Billboard Hot 100, it was off and on the top spot for ten weeks. The song also hit number one in 15 different countries. For Drake, it was the height of his career at that time. ‘One Dance’ went ahead to become the most-streamed song on Spotify and currently has 50 million YouTube views.

Minimalist sound and street image are two features that made Run-DMC different from every other rap group at that time. ‘It’s Like That’ marks the start of their career and talks about social ills in their neighborhoods. It sold over five million copies, placing it as one of the biggest all-time selling singles. It has over 43 million views on YouTube.

One track that stood out in the 1994 album ‘Midnight Marauders’ by A Tribe Called Quest was ‘Electric Relaxation.’ It reached the 13th position on the U.S. Hot Rap Singles and 65 on the Billboard Hot 100. It continues to enjoy a massive stream with over 30 million YouTube views.

RapTV noted that it is hard to rate all-time best rap songs because of the difference in generations. However, this list tells you the rap songs that fans are listening to. Perhaps, it is the time to review your throwback rap playlist. While you do, pay attention to the subtle evolution of rap music over the past four decades.