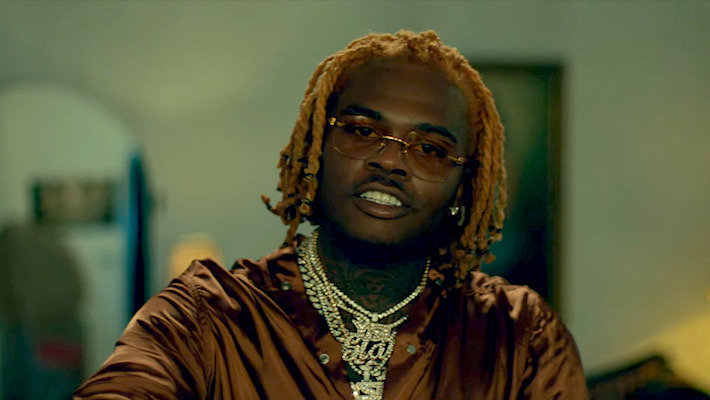 Nobody will argue that 2020 has been a crazy year, with businesses shut down and media madness on every channel. Regardless of all that, the hip-hop industry is chugging along with full steam ahead! Record sales are still booming, and streaming numbers are reaching never-before-seen levels online.

Sometimes it can be hard to cut through the hype and look at the raw data, which is why our team at RapTV decided to crunch the numbers and bring you a list of the Most First Week Album Sales This Year. Who is rising to the challenges of 2020, and who is taking a back seat under pressure?

Now that we’re at the halfway mark of the year, let’s look at ten releases and rank them by sales. After all, the rap game is a BUSINESS with plenty of money to be made!

“Please Excuse Me for Being Antisocial” by Roddy Ricch – 101,000 Units

Compton’s own Roddy Ricch is living up to his name by raking in some big money later. Rap is a young man’s game, and at 21 years of age, Roddy is still considered a rookie. Regardless, his debut album was a smash hit out of the gate. By April 2020, the record achieved Platinum status as sales continued.

With five singles from the album putting up serious numbers, “Antisocial” struck a chord with fans all over the world. From Ireland to France and the Netherlands, the album was well-received on the charts.

We are going to see A LOT more material from Roddy in years to come, as he tours the world relentlessly and continues to pump out high-quality hits. We can excuse him for being antisocial while he adjusts to his superstar status for now.

The so-called sophomore slump didn’t affect Gunna one bit, as his second major-label release debuted at the top of the charts and sold well over 100,000 units in its first week.

The Georgia rapper has been grinding for years, making the right connections with Atlanta rap royalty and positioning himself with a distinctive, laid-back delivery. Hazy beats and psychedelic interludes make “Wunna” among the most critically appreciated albums of the year so far.

With support from Young Thug, Roddy Ricch, and Lil Baby, the tracks on this album pack a ton of star power. Expect to see a lot more bangers from Gunna as he continues to ascend.

The third time’s a charm for DaBaby, who released his biggest album yet on April 17th. At only 33 minutes long, “Blame It On Baby” is short and sweet, packing a ton of star power from Travis Scott, Quavo, and more. Another number-one Billboard debut is sure to satisfy this Charlotte rapper.

Two singles have been released from the album so far, with more to come. “Rockstar” has already reached number 1 on the Billboard Top 100, thanks to a collab with chart-topper Roddy Ricch.

At 28 years old, DaBaby is proving to be a pillar of the rap scene. Let’s hope he stays hungry and continues to deliver music high in both quality and quantity.

Canadian rapper Nav may not have the widespread recognition of other stars on the list of Most First Week Album Sales, but these numbers speak for themselves. “Good Intentions” debuted at number 1 on May 8th, thanks to a star-studded feature list and executive production from The Weeknd.

Future, Lil Uzi Vert and Gunna all make appearances on this hit album, as Nav reps his country of Canada next to USA rap royalty. So far, “Turks” is the only single to be released, but that track alone has propelled the album to a huge level of success.

Nav is still somewhat of a newcomer to the rap game, but he definitely knows how to surround himself with the right personnel. Let’s keep a close eye on this Canadian star to see where he goes from here.

Just when you thought he was ready to call it quits, the legendary Lil Wayne always seems to bounce back. At a whopping 76 minutes long, “Funeral” sends listeners on a long, winding journey through the mind of a living rap god.

While the critics gave “Funeral” mixed reviews, the Billboard charts can’t be denied. This album was another hit for Weezy, and his limitless work ethic continues to pay off big. This is the fifth time Wayne has released a Number 1 album, and probably won’t be the last.

Few rappers in the game produce as much music as Future, and his industrious attitude reaps big results on the charts time and time again. This time, the Atlanta megastar achieved Gold Record status in 30 minutes after the album’s release! Talk about efficiency.

Singles from the album have been dropping for nearly a year, but the album still moved a ton of units when it came out on May 15th. Life sure is good for Future, who orchestrated many high-profile collabs including DaBaby, Travis Scott, and Drake.

The world might be on hold during the pandemic, but nothing can stop the Future from being High Off Life!

Travis Scott isn’t just a rapper; he’s a visionary with a plan to take over the whole hip hop game! The release of JackBoys showed the world that Scott can take on big leadership roles on major projects and still achieve the commercial success of his solo career.

This album is a shining showcase for Cactus Jack Records, Scott’s personal label, and features some of the rap game’s brightest stars. Sheck Wes, Young Thug, and Migos all pitch in, delivering fire verses throughout. A chart-topping debut was no surprise for this highly anticipated project.

“JackBoys” may not be an exceptionally long record, but it provided fans a much-needed sample of what’s to come from the Cactus Jack crew. We’ll be watching this homegrown label very closely as the roster expands with time. It’s LIT!

With a few successful mixtapes already under his belt, Lil Baby felt it was his turn to drop a big commercial album. The stars aligned perfectly for the Atlanta rapper, who hit all his marks and made a HUGE Number 1 debut back on February 28th.

“My Turn” contains one hour of electrifying trap, with guest appearances from some of the biggest names in the game. Gunna, Lil Wayne, and Future can be found on tracks across the album, making this yet another high-profile affair.

Six bonus tracks were also released on May 1st, proving that Lil Baby has more music than he knows what to do with! There is going to be a lot more to look forward to from this rising star.

With his most critically acclaimed album yet, Lil Uzi Vert easily reached second place on the list of Most First Week Album Sales This Year. “Eternal Atake” incorporates tons of trippy themes, including aliens, interdimensional travel, and other psychedelic ideas.

It took almost three years for Uzi to fully flesh out this studio album, but with almost 300,000 units sold in the first week, his patience paid off. He experiments with many distinct musical styles on the album, departing from the typical trap palette of modern rap.

A deluxe edition of the record called “Lil Uzi Vert vs. the World 2” was released on March 13th and racked up even more sales. In this version, Uzi invites way more guest artists to the party, taking the focus off himself and sharing the love. Prepare for more other-worldly music from this visionary rapper as he builds his confidence and skill!

The self-proclaimed “Rap God” has once again topped the charts with his latest release, and is Number 1 on our list of Most First Week Album Sales This Year! The eleventh studio album from Marshall Mathers was another certified smash, featuring all the shock-jock humor and horror that fans love.

Some say that Eminem went too far with some of the tracks on the album, referencing different terrorist attacks and other gruesome events. Marshall certainly hasn’t lost his edge in middle age.

Once again, Dr. Dre was at the controls for this hit record, and Eminem includes other superstars like Ed Sheeran and the late Juice Wrld. The album is a roller coaster ride of emotions, and we wouldn’t expect anything less from the Real Slim Shady.

As the rap game gets more competitive each year, having a Number 1 album is a bigger challenge than ever. Who will be the next newcomer to reach this massive achievement? Be sure to stay tuned to RapTV as we track the commercial ups and downs of the biggest rappers in the world.