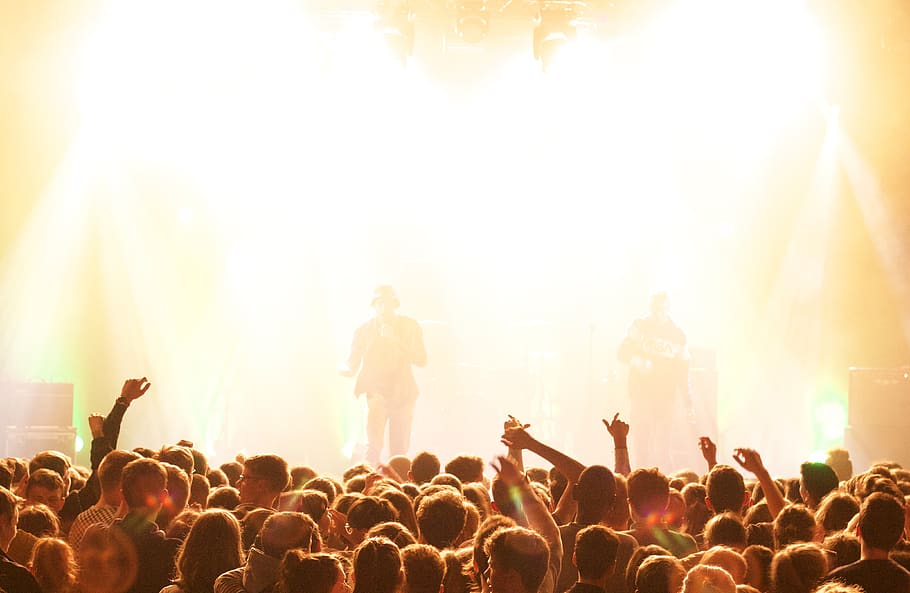 Whether you love them or hate them, we’ve all heard their names- Nas, Rakim, Eminem, Kanye West, Outkast, Illmatic, Kool, Busta Rhymes, Kendrick Lamar, and the list goes on. While today’s rap is good, it is nothing compared to the rappers and MC’s of the 1980’s and 1990’s. Regardless if you’re from Brooklyn or the Bronx on the East Coast or California from the East Coast, the original old school rap is the foundation for what the rap of today is based off of. If you want to be cultured in the rap realm you must understand its history and how it came to be. It is also is a great thing to listen to when you need to be reminded of the good ol’ days, or you want a break from the new age rap on the radio and Sound Cloud today. If you want to take a trip down memory lane, take a look back at these Old school rap: top 10 MC’s.

Run-D.M.C., the New York based group is a trend setter in the rap world. They made the bridge from the softer music of the Beastie Boys and Grandmaster Flash to a more hardcore style of music. They created longer debut albums of their music, which was unheard of at the time for rap and hip-hop artists. Some of the albums you may recognize are ‘Back from Hell’ and Tougher Than Leather.’ Not to mention they had a huge influence on the style of the clothing worn by rap groups. Many of their contributions are still being seen today.

Tupac Shakur was a huge name in the 1990’s in the subgenre of gangsta rap. Some of his most popular songs are ‘California Love’ and ‘All Eyes On Me.’ After he was murdered in 1996, his music continued to reach the hearts of people. His amazing hits are still played on the radio today. His death makes a huge statement about the violence that can occur in the rap community and can hopefully encourage the next generation to focus on positivity instead of violence.

Grandmaster Flash and the Furious Five

This is another New York City based group that spread like wildfire. Not only did they create great recorded music, their performance talent was undeniable. Flash had an incredible talent for DJing which translated well when it was time to pump up the crowd. They also were pioneers in creating creative lyrics and delivering them in a new way. Some of there most popular songs included ‘White Lines’ and The Message.’ Overall, they released a total of 13 albums from 1982- 2005.

LL Cool J is still in the rap scene, but is definitely a part of the old school rap generation. He started with albums in the 80s and 90s like Radio and Bigger and Deffer. His songs were a sign of the times and are widely recognized many. Today he continues to emcee at many large events, works with up and coming talent, and acts on various television shows. He is a very esteemed individual that was even awarded a Kennedy Center Honor. He is the only rapper to ever receive this title.

JAY-Z has undergone many name transformations and musical transformations. He was a huge name in the 1990s and was popular for his lyrics, performances, and music. He created many top billboard and award winning albums such as ‘Reasonable Doubt’ and ‘The Blueprint’. Now, his music has emphasized a focus on social issues like politics and racism. He has made albums with his wife Beyonce as well, most recently ‘Everything is Love’ in 2018. He is a very well rounded artist, that is both old school and new school.

This man was so well known that he had 3 names he went by: The Notorious B.I.G., Biggie Smalls, and Biggie. Biggie was another 1990s rapper that made music the spanned the gamut. He was able to be emotional and vulnerable, as well as being a hardcore rapper. His rapping started just for fun then turned out to be a huge career. Some of his largest albums were ‘Ready to Die’ and ‘Life After Death’, they were nominated for awards and certified gold and Platinum. While his life was cut short after being murdered in 1997, he greatly participated in the rap culture and made a lasting impact on rap music today.

Ice cube is known for being the father of gangsta rap when he appeared on the ‘Straight Outta Compton’ album and mixtape in his group N.W.A. his lyrics were ruthless and focused on the thug life. He paved the way for many other gangsta rappers like Tupac, Dr. Dre and Snoop Dog. He also has created his own albums where he utilizes rap as a political statement. Not only does Ice Cube make a stand in music, he also acts and makes films of his own.

Snoop Dogg has been popular since the 1990’s and is one of the most popular gangsta rappers. He still performs and creates new music today. Snoop Dogg is also a large member of the Rastafari movement and has many reggae influences in his music. Snoop Dog has done many collaborations including other rappers like Dr. Dre, pop stars like Katy Perry, and Even country stars like Willie Nelson. Snoop continues to be a large influencer in the rap community and is someone that just keeps on producing.

The Wu-Tang Clan was a group of 9 rappers that worked together on albums, but also did their own individual work. They had a unique sound and were revolutionizing hip-hop and rap in the 1990s. Some of their largest hits are ‘C.R.E.A.M.,’ Protect Your Neck,’ and ‘Gravel Pit.’ This group made music that reached millions of people. The group’s last album was ‘Once Upon a Time in Shaolin’ which only sold one single album, for the most and album was ever sold for.

The Beastie Boys is the earliest group/ rappers on this list and believe us they know how to vibe. They made it big in the last 1970s and continued to be active until 2012. They had a more wholesome theme than the gangsta rap or mumble rap of today. Some of their most popular songs are ‘Sabotage’ and ‘Fight for Your Right.’ There were heavy rock influences in their music, with lots of electric guitar and heavy drums. While it is not the rap we think of today, their music had a huge influence on current rap.

Don’t get us wrong, there are many greats we couldn’t add all in here such as Public Enemy or A Tribe Called Quest, stars from Paid in Full, Mobb Deep, or Eric B & Rakim. Rap has made a huge transformation, but its predecessors were some of the pioneers of this art form. All of these emcees has made a large impact and rap, and some are even continuing to be in the space today.