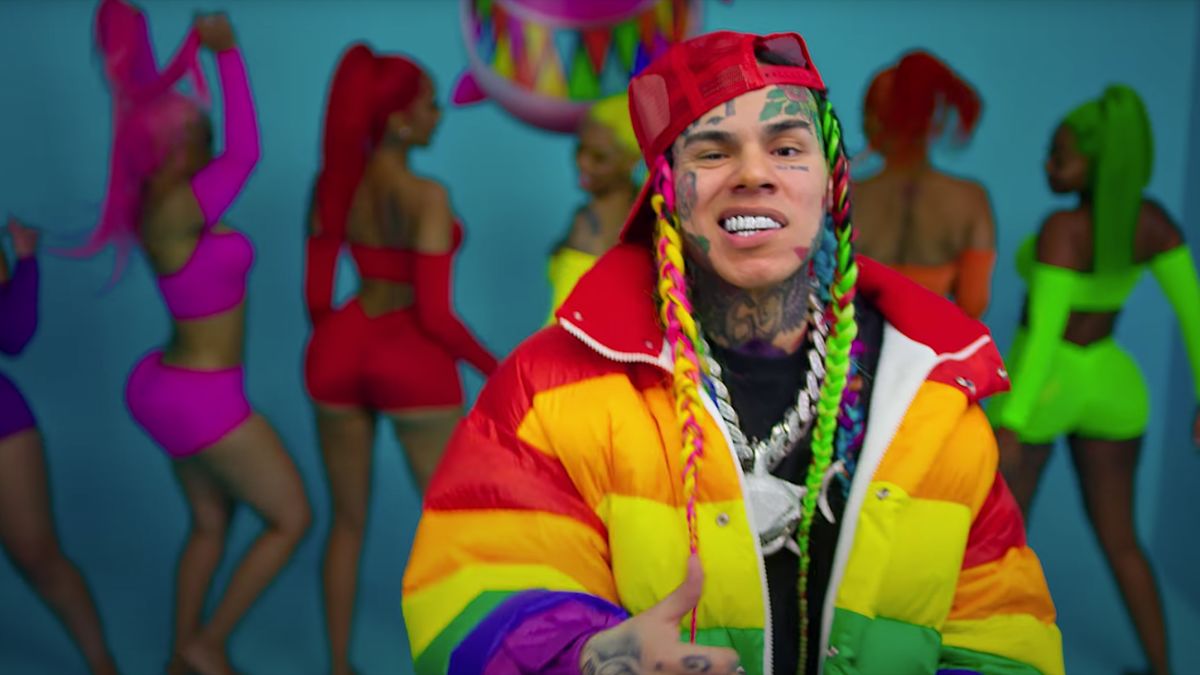 To sign or not to sign? That is the eternal question in the rap business, and it seems like a new record contract controversy makes headlines every week. Artists like Chance the Rapper and Joe Budden have urged up-and-comers to be VERY careful when navigating the world of record deals.

But no matter what you think about the details of a particular contract, you can’t deny the appeal of a big signing bonus and the feeling that you FINALLY made it in the industry!

Some call it “selling out,” but let’s be real, that’s usually just background noise from the haters! Let’s take a look at the Latest 10 Rappers That Just Signed Deals and figure out who the real winners are.

Ever since she first appeared on Dr. Phil back in 2013, Danielle Bregoli has seen a meteoric rise in popularity and notoriety. She first signed a huge record contract with Atlantic in 2017, releasing a few Internet hits and building up her troublemaking reputation.

In 2019, the 16-year-old female rapper made another big payday, this time for a publishing deal with Pulse Music Group. According to TMZ, Bhabie will be raking in over $1 million this time, including licensing rights and other bonuses that will be in her favor for the long term.

It looks like Bregoli had the right people on her side because this contract grants her $350,000 upfront. She may not be any less bratty, but now she’s rich enough to get away with it!

Patience is a virtue in all aspects of life, especially when it comes to signing the perfect record deal. Just ask 21-year-old Atlanta rapper Mulatto, who took her sweet time over the course of two years to find the right contract. In March 2020, she finally announced her big deal with RCA Records.

Her latest hit “Bitch from da Souf” shows that Mulatto has the rhymes and charisma to make a major splash in the industry, and she was wise to avoid getting trapped in a shady contract, as so many young rappers do.

The exact details of the major-label deal were not fully revealed by RCA, but it’s safe to assume that this rising star did very well for herself. Turning down a contract with Jermaine Dupri back in 2016 may have been a strategic decision after all!

Since he was just a 12-year-old Kentucky Kid, Jack Harlow knew he wanted to be a rap superstar. It took less than a decade before he signed a major contract with Atlantic and took a huge step toward achieving his goals. Touring and recording relentlessly ever since Harlow is on his way to stardom.

According to Forbes, Harlow did a bit of celebratory spending when the money first came in, but he maintains a mature demeanor, knowing he has a lot more work to do. Jack has his sights set on BIG money, crediting Jay-Z’s empire as an inspiration in the business world.

Don’t be surprised if you see Harlow cutting even bigger deals in the future, transforming from performer to massive media mogul. His own label Private Garden is already making waves, and the young rapper isn’t going to stop there. Try to see him live at a small venue while you still can!

The music biz can be complicated, and the latest Blueface record contract is a perfect example of head-spinning legal confusion. Just trying to figure out the details of his deal requires a law degree and an entire crew of suits. No wonder so many artists are taking the independent route!

One thing was made clear during an interview with Blueface on a recent episode of The Breakfast Club: homeboy doesn’t know what he got himself into! It turns out, he is signed to FOUR different labels at once, and he did not seem to care one bit. Let’s hope this doesn’t come back to bite him in the butt.

Of all the Latest 10 Rappers That Just Signed Deals, this guy is easily the dunce of the group. Don’t be like Blue when signing a contract, and remember to follow the rule of KISS: Keep it Simple, Stupid!

Prominently featured in the 2019 XXL Freshmen Class, YK Osiris has MASSIVE potential for superstar status. There’s only one thing that can be said about this Jacksonville rapper’s Def Jam deal: totally “WORTH IT!” He set out on his rap journey at age 14, and now he’s lightyears ahead of the competition.

Osiris credits his rapid rise to a tidal wave of social media hype in recent years. Instagram, Facebook, and YouTube played a key role in getting his music and image out to fans worldwide.

With a few bonafide bangers under his belt already, it’s clear that Osiris is capable of major-label success. Let’s hope he stays focused and ferocious in years to come.

The Girl-Power is strong on this list of the Latest 10 Rappers That Just Signed Deals, and BIA definitely cleaned up in her latest contract with Epic. The Boston-based female rapper had cut deals in the past with Pharrell’s I Am Other imprints, then hit the jackpot in early 2020 by going with a major label.

BIA has been in the entertainment game for a long time, going from television to music with ease. Along with Cardi B and others, she is among the many Puerto Rican performers to gain influence in recent years, carving out new territory for young ones in the Latin community.

Already earning accolades from rap royalty like Rihanna, BIA is going to the top of the rap game FAST. Make sure to keep an eye on her social media and tour dates.

If there’s one common thread in this list of Latest 10 Rappers That Just Signed Deals, it’s that HARD WORK PAYS OFF! Carolina Rapper DaBaby knows all about the grind, releasing tons of mixtapes in the past five years. Finally, he got his big break in 2019, signing with Interscope and cashing his check.

According to Forbes, DaBaby got the support he needed from Charlotte-area South Coast Music Group, who helped him build a regional reputation and develop a market beyond North Carolina.

DaBaby has everything he needs to make it big. The talent, the support network, and the dedication!

Pioneering different sub-genres of hip hop is one of Lil Uzi Vert’s greatest strengths, from emo rap to alternative trap. He even made RapTV’s list of Top Ten Most Popular Mumble Rap Songs for his track “Money Longer” earlier this year.

As one of the original Soundcloud Rap innovators, Uzi is no stranger to self-made stardom. That’s why he was able to land an excellent contract with Jay-Z’s Roc Nation when it came time to sign.

Uzi is a testament to how fast things can change in a few short years when you surround yourself with the right people and relentlessly pursue your artistic vision.

There aren’t many veterans of the rap game on this list of the Latest 10 Rappers That Just Signed Deals, so we decided to give Tyga a spot toward the top. He’s been doing it for well over a decade and knows how to navigate the music business like no other.

That’s why he was able to negotiate a stellar deal with Columbia last year, putting a ton of money in his pocket and allowing him the creative flexibility he wants.

Tyga’s deal goes to show that an industrious attitude is a rapper’s greatest asset. He told Variety that he is “always creating” and can release a new single at any time. Let’s hope his next big song surpasses expectations and propels him to an even higher level!

Easily the most controversial of the Latest 10 Rappers That Just Signed Deals, 6ix9ine also took the top spot for the massive amount of buzz he has generated in the past year. After wiggling his way out of Federal Court in a case fit for a true-crime podcast, this young rapper got paid BIG.

After “Gooba” shattered YouTube view count records, there’s no denying that all news is good news. Not even incarceration and endless threats could stop this artist from creating a Multi-Platinum Hit!  Exactly how much money are we talking about here? A LOT!

That’s right, a $10 Million deal is the rumor going around, and his record sales seem to back it up. RapTV covered the controversy in detail when Tekashi sprung back into action, and now the artist is making music like never before. Let’s hope this young artist stays protected and watches his back!

Rappers are always signing new deals and fighting back against companies that can’t be trusted. Stay tuned to RapTV on social media and online to never miss a breaking story!