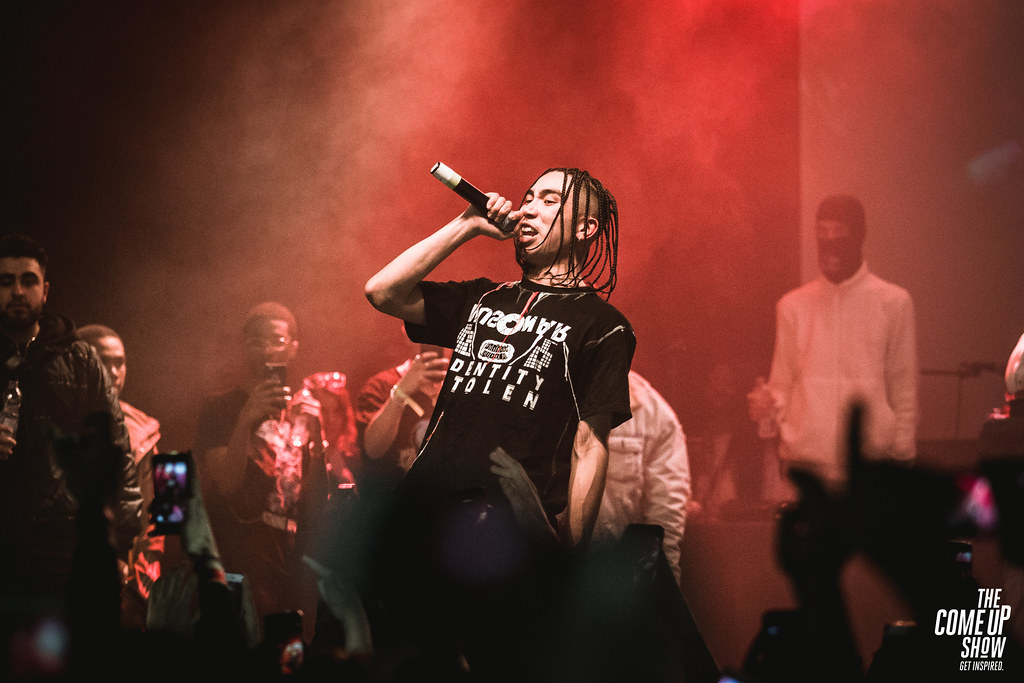 Even though 2020 isn’t over yet, it isn’t too early to discuss the top 10 best new rap songs of 2020. A lot has happened in 2020 so far outside of the music world because of COVID-19 and we are so thankful to have the gift of sick new rap songs to get us through these difficult times. Artists like Drake, Megan Thee Stallion, and even Eminem have been topping the charts and our Spotify playlists so far in 2020. In 2020, many songs have been influenced by the video app TikTok and many artists have used the quarantine theme in order to promote their songs. We hope that quarantine and social distancing won’t prevent these amazing artists from recording and releasing new hits throughout the rest of 2020!

Megan Thee Stallion’s hit song “Savage” was released on April 7, 2020. The lyric “classy, bougie, ratchet, sassy, moody, nasty” quickly went viral on the Internet – especially on the video app TikTok. A hip hop dance was created for the song and millions of users recorded their own versions. The original version peaked at #4 on the Billboard Top 100 while a remix featuring Beyoncé peaked at the second spot after being released on April 29, 2020.

Toosie Slide is a new song released by Drake on April 3, 2020. A music video featuring Drake doing the “toosie slide” boogie was also released on the same day involving a quarantine theme — a theme quite common in new music these days. On April 18, 2020, the song debuted at the #1 spot on the Billboard Top 100 chart and has already been certified as silver in the United Kingdom.

Godzilla was released as a single from rap rockstar Eminem’s new album on January 31, 2020. It features the rapper Juice WRLD, who tragically died less than two months earlier in December from a drug overdose. Juice WRLD is known for his best song “Lucid Dreams” that was released in 2018, peaked at #2 on the Billboard Top 100, and was certified 6x platinum. Eminem is known as one of the best freestyle rappers in the game. The music video for Godzilla was released on March 4, 2020, includes a tribute to Juice WRLD at the end, and now has over 147 million views. It debuted at the #3 spot on the Billboard Top 100 web site and has already been certified gold in the United Kingdom.

4. The Box by Roddy Ricch

The Box was released by Roddy Ricch on February 28, 2020. It is the fourth single from his debut album “Please Excuse Me for Being Antisocial.” Like “Savage,” the banger too went viral on TikTok and has been used in millions of videos on the app. The song held the coveted top song spot on the Billboard Top 100 chart for 11 weeks and is already quadruple platinum in the United States.

It’s really not surprising that we are seeing Drake again on this list – this time alongside Future. The hip hop song was released as a single off of Future’s upcoming album on January 10, 2020. It competed with “The Box” for a while in the charts, debuting at #2 and spending 8 weeks there unable to surpass Roddy Ricch. However, like “The Box” the song is also quadruple platinum.

Jack Harlow released the single “What’s Poppin” on the Atlantic record label on January 21, 2020. A music video was released the same day and the song has experienced some popularity on TikTok. It peaked at #35 on the Billboard Hot 100.

Sum 2 Prove is the third single from Lil Baby’s album “My Turn.” The single was released on January 10, 2020, and an accompanying music video was released on February 18, 2020. The song peaked at #16 on the Billboard Top 100 and has been certified as platinum with over one million sales so it definitely belongs in the list of the best rap songs of 2020.

Megan Thee Stallion has been killing it in 2020! B.I.T.C.H. was actually released before “Savage” on January 24, 2020. Although not as popular as Savage, the song is the lead single from her EP “Suga.” Megan Thee Stallion actually had some issues with releasing her best rap album yet as she tried to renegotiate her contract with her label 1501 Certified Entertainment. The label did not want her to release “Suga” but she was able to go to court and got a judge to side with her and allow the release. A music video for the B.I.T.C.H. was put out on March 6, 2020, and Megan Thee Stallion even performed the song on The Tonight Show Starring Jimmy Fallon as it peaked at #31 on the Billboard Hot 100.

9. Find My Way by DaBaby

Find My Way was released as the lead single from DaBaby’s third album. Produced by Interscope, it was released on April 1, 2020, and the music video was released on the same day. The song peaked at #22 on the Billboard Top 100.

Say So is a single that was released by Doja Cat on January 28, 2020, after going viral on TikTok. Originally part of her second album, the song went viral when a dance was made for it and became so popular that a remix was made featuring Nicki Minaj and was released on May 1, 2020. The song definitely has a little bit of a pop sound to it, and even though it still fits into hip hop music, Rolling Stone has described the sound as “retro.” People seem to love the retro sound, as the song peaked at #1 on the Billboard Top 100 – a first for both Nicki Minaj and Doja Cat making it an extremely successful female collaboration. However, you should definitely be on the lookout for more amazing collaborations involving Doja Cat in the future as it looks like she and Ariana Grande will be releasing a song together soon – 2020 is about to get a whole lot better thanks to these two ladies!