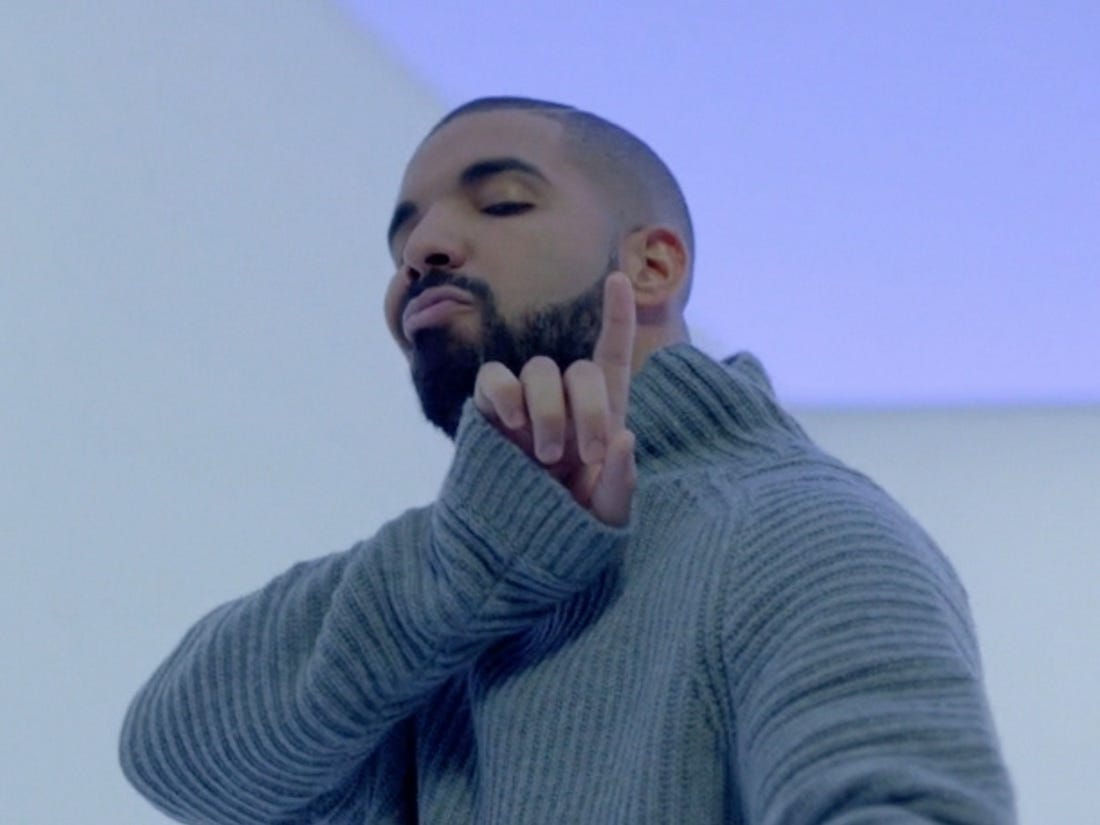 Back in the day, record sales were everything. Then came cassettes, CDs, and digital downloads. Now, it’s all about STREAMING, and in the rap game, a hit song means nothing without an epic video to go along with it! Why just listen to a song when you can enjoy a flashy, fun video at the same time?

YouTube is the world’s go-to website for video streaming, and now is a major competitor to the big dogs in the music business. According to Business Insider, YouTube videos are considered one of the best music streaming services out there, right alongside Spotify and Apple Music. Between Wiz Khalifa’s “See You Again”, Bruno Mars’s “Uptown Funk”, Justin Bieber “Despacito”, Charlie Puth, and even the infamous Gangnam Style by Psy, you can find everything and anything on YouTube.

We get it, rap music videos are huge, but you might be wondering exactly how many views we’re talking about here. The Hip-Hop researchers at RapTV did some digging, and now we’re here to give you the Top 10 Most Viewed Rap Music Videos EVER.

Get ready for some big stars, and even BIGGER view counts!

Tyga is no newcomer to the rap scene, and he deserves to call his album “Legendary” after releasing TONS of hits over the years. The 30-year-old artist teamed up with Migos star Offset to create a music video that amassed a LEGENDARY number of views since it dropped in 2018.

From a secluded mansion party to a psychedelic midnight roller rink, it’s no surprise the “Taste” music video has been seen by people nearly one billion times on YouTube. Tons of women, jewels and cars make this a certified classic of the genre. This one is going to remain a summer jam for a LONG time!

Nobody has ever surpassed Chris Brown as the complete package of singing, rapping, dancing, and creating mesmerizing music videos. Since “Loyal” came out in 2014, the video has been seen on YouTube over 980 million times, and it is inching closer to a billion every second!

Chris Brown has had his fair share of controversy, according to RapTV, which looked into a case of Voodoo Cursing back in 2019! We knew Chris was a wizard on the mic, but not with actual magic! Regardless, his mastery of the hip-hop arts will ensure his status as one of the greatest ever.

The video is the perfect mix of 90’s throwback choreography, pop chorus hooks and fire rap verses from Weezy and Tyga. A flashy Vegas background sets the scene perfectly for our stars, as they navigate the tricky world of relationships in the 21st century. Who can you trust these days, anyway?

Released as part of the soundtrack of 2018’s Spider-Man: Into the Spider-Verse, this Post Malone banger is one of a kind. It’s also the first on our list of Top 10 Most Viewed Rap Music Videos to crack 1 billion views! The video is visually impressive, and the catchy song has been shared everywhere.

Post Malone has a knack for crafting BEAUTIFUL pop songs with a hip-hop edge, and this creation captures that talent perfectly. The video shows a young Spider-Man (Miles Morales) making his way through the day in New York City, trying to balance being a superhero and a normal kid.

The video strikes the right chord of emotion, fun, and romance, making it a serious contender on the list. We will continue to see more masterpieces from Post Malone in the future, no doubt.

Maybe he’s not as prolific as some of the other artists on this list, but we have to give Lil Pump credit where it’s due. His video for “Gucci Gang” pretty much defined the genre for the past few years, turning millions of young people into life-long hip-hop fanatics.

With well over one billion YouTube views, this video makes school fun again! Everybody, even the lunch lady, is sharing goodies once the bell rings for dismissal.

Lil Pump made endless repetition cool and propelled the mumble rap genre to a whole new level. We hope to see more from him in the future, but this track CEMENTED his legacy as a hip-hop pioneer.

You should have expected to see this man on the Top 10 Most Viewed Rap Music Video list at some point! Eminem is one of the best rappers in the world, rising up from a Michigan trailer park in the ’90s to the absolute peak of stardom by the early 2000s.

The “Rap God” video gives viewers a little bit of everything we love about Eminem, from flashy cartoon visuals to dark, raw rap-battle footage reminiscent of the 8-Mile Movie.

There’s no denying Eminem has caught some heat over the years for various reasons, and some say he cannot ever be the greatest rapper, despite album sales. No matter what, he’ll still have billions of views on YouTube and die-hard fans all over the world.

Hip-hop comes in so many different flavors, and artists are always innovating. That’s why it’s great to see Cardi B make the 5-spot on the list of Top 10 Most Viewed Rap Music Videos in 2020. She brings the spicy Latin vibes both visually and musically with this monumental hit.

At over 1.7 billion views, the video has served as a 4-minute tropical vacation for people stuck up North! It also brought Puerto Rican Rapper Bad Bunny into the spotlight, as well as Colombian Singer J Balvin. We love to see hip-hop go international!

Cardi B is a bonafide pop culture icon and a major asset for her vibrant community.

Some videos don’t need to be super flashy and expensive to get the point across! Post Malone and Quavo’s “Congratulations” is the perfect example of a minimal, classy video that still racks up views.

This is the second time we’ve seen Malone on the Top 10 Most Viewed Rap Video list, and it’s well-deserved. He connects on a personal level to millions of people, while still bringing the superstar swag. Viewers also love the behind-the-scenes studio perspective of this low-key video.

Don’t be surprised if Post Malone rises even higher into the stratosphere of stardom as he creates more music.

Check out a ton of insider articles on Post at RapTV.

Every generation needs a badass anthem that motivates and inspires the masses! “Not Afraid” by Eminem does the trick. It’s the perfect song for getting in shape, overcoming challenges, and accomplishing your goals. No wonder it has nearly one-and-a-half billion views!

This is Eminem’s second appearance on our Top 10 Most Viewed Rap Music Video list, and this time, he’s not afraid of ANYTHING! The video offers a Matrix-style action plotline that puts our hero through his paces. It opened up a brand-new creative direction for high-octane music videos back in 2010.

There will always be criticism aimed at Eminem, but we can’t deny that this video is 100 percent EPIC.

If RapTV ever creates a list for the most fun rap music videos of all time, this would be a top contender. But because we’re talking strictly about views this time, Macklemore will have to settle for second place. Still, that view-count is nothing to laugh at. Who wouldn’t want to pop tags with Mack and his crew?

This video may not have the biggest budget, but it definitely has the most heart. Everyone can relate to having only $20 to burn on a new look. Add in a sassy saxophone hook and some capable bars, and you have a monster hit. That fur coat deserves a Grammy of its own.

Will we see more iconic songs from Macklemore in the future? We can only hope for a return to the thrift shop sometime soon.

Here we are the end of the line. Who else did you expect to see at number one? Drake could probably have his own list of Top 10 Most Viewed Rap Music Videos at this point! He is the master of genre-blurring, taking the best elements of every hip-hop style and delivering something totally new.

The Canadian American rapper has been nothing short of prolific in recent years, and “Hotline Bling” took on a life of its own when it dropped in 2015. Just think of all the memes and jokes it generated! The song placed at #17 on our list of Greatest Rap Songs of All Time, but this time, it’s #1!

Don’t get us wrong, there are plenty of amazing songs not on this list. Just because it hasn’t been viewed the most, doesn’t mean it’s not the best. Classics from Daddy Yankee, Katy Perry, and Luis Fonsi come in close to these highly viewed videos, but the ones on this list take the cake.

Rap music video views aren’t going anywhere but UP! Be sure to subscribe to your favorite artist’s channels and make your own playlists too. Also, check back in with RapTV.com to access more lists like this one, and ALWAYS be on top of the hip-hop game!