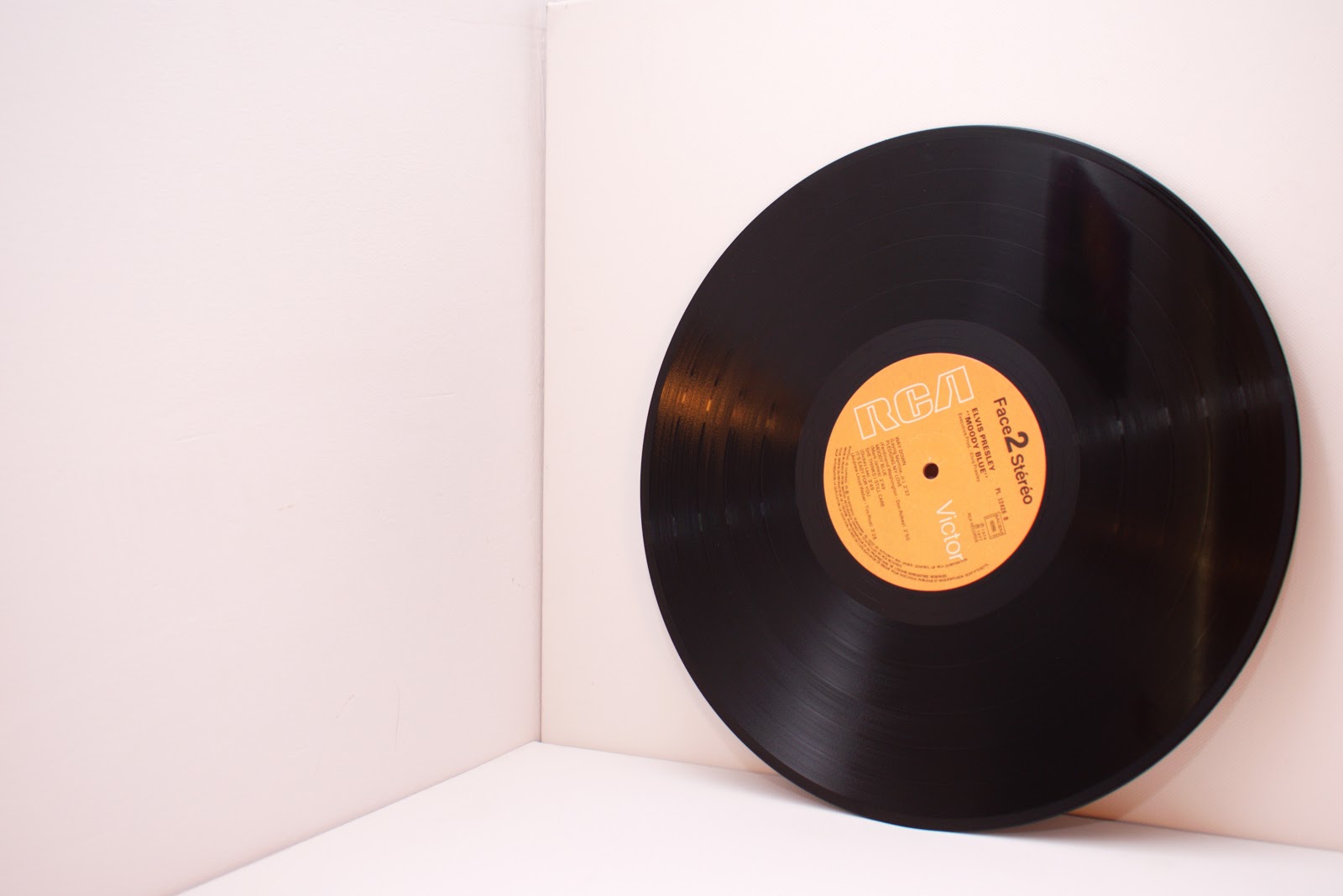 Interscope Geffen A&M is a large branch of Universal Music Group. They were three separate music labels until they merged in 1999. This makes it one of the youngest music labels in this group. Interscope Geffen A&M supports artists from a variety of genres including rock, rap, and pop. This year has been a big year for Interscope records. In 2020 Interscope won best label of the year from Billboard music. Albums by Billie Eilish, DaBaby, and Juice WRLD were very helpful to the label in securing its number one spot for the first time since 2013. Some other artists that are signed by Interscope include Blackpink, Dr. Dre, Ellie Goulding, Eminem, J. Cole, Kendrick Lamar, Lil Durk, Playboi Carti, Selena Gomez, and more.

Republic Records has a long-standing positive reputation for signing amazing artists and making great music. Republic was founded in 1995 and is now owned by Universal Music Group or UMG. It has hosted some of the greats including Amy Whinehouse, Lil Wayne, and Stevie Wonder. Republic has some of the biggest names in pop such as Taylor Swift, The Weeknd, Zendaya, Hailee Steinfeld, Lords, Liam Payne, Jessie J, Jonas, and of course Ariana Grande. They are also a big music label for rap as well with big names such as Tyga, Kid Cudi, Nav, Post Malone, Drake, and Pop Smoke. Republic record has created platinum albums and music with its artists and continues to be at the top of the pack when it comes to music labels.

Atlantic Records has had a number of big artists throughout the years including Cher, Ray Charles, The Rolling Stones, Bette Midler, and Led Zeppelin. Today they have a strong lineup of artists as well. Some of their biggest artists include Bruno Mars, Charlie Puth, Coldplay, Ed Sheeran, Lizzo, Sia. When it comes to rap Atlantic does not disappoint. With artists like Cardi B, Gucci Mane, Kodak Black, Lil Uzi Vert, Missy Elliot, Roddy Ricch, and Ty Dolla $ign they are producing rap music that is winning awards and making a change in the music industry. Atlantic Group also has a lot of smaller artists that are up and coming, so they are definitely the ones to watch.

RCA records are the second oldest record label in America and have had a ton of great music created in its studios. It was founded in 1900 and has been owned by a variety of companies throughout the years including BMG Music and Sony Music Entertainment. RCA is based out of Nashville, Tennessee which is a hub for music in the American Southeast. RCA has some big names in pop and hip hop including Alicia Keys, Britney Spears, Christina Aguilera, Justin Timberlake, Khalid, and Miley Cyrus. For Rap artists, RCA has A$AP Rocky, Childish Gambino, Chris Brown, Doja Cat, and more. In 2020 RCA was awarded number 4 best music label in the R&B/ Hip-Hop division.

You may know capitol records by the iconic building in Los Angeles, California. It is tall, round, and has a well-known point, that used to be a giant radio antenna. However, Capitol records have more than great architecture. It was founded in 1942 and has been creating music ever since. Capitol Records is another huge music label that has had artists for decades. From Abba, the Beastie Boys, the Bee Gees, and Paul McCartney, there has been a long list of well-known artists through the decades. Some new faces of Capitol Records that have been making headway are Halsey, Sam Smith, Niska, Katy Perry, Boslen, and more.

Epic Records is not as well known as some of the other record labels on this list, but it is one of the classics. It was founded in 1953 and is currently owned by Sony Music Entertainment. Epic hosts musicians of all kinds including pop, rap, rock, and hip-hop. It was home to some of the greatest artists of all time including Michael Jackson, Celine Dion, Pearl Jam, Shakira, and Fiona Apple. They are just for the classics though, there are excellent new artists that are signed with Epic as well. Camila Cabello, Jennifer Hudson, Mariah Carey, Meghan Trainor, and Sara Bareilles are some of their big names in pop music. Epic has a large stakeholding in the rap space as well with some of the biggest names in rap right now such as 21 Savage, Busta Rhymes, DJ Khaled, French Montana, and Future.

Columbia Records is one of the most well-known music labels overall. It is owned by Sony Music Entertainment and is based out of New York, New York. It was founded in 1887 and was originally in Washington D.C. hence the name Columbia.  It signs artists from all genres and has had many music legends signed to them. For example, Frank Sinatra, Pink Floyd, AC/DC, Freddie Mercury, David Bowie, Aretha Franklin, and Johnny Cash were all signed to Columbia Records in the past. Currently, some of the big artists that are signed with Columbia include Adele, Beyonce, Calvin Harris, Lil Nas X, Lil Peep, Polo G, Tyga, and more. For being the oldest record label in America, they sure have made history.

Def Jam records is a record label mainly known for its hip hop, pop, and urban music. It is a branch of the Universal Music Group and is based out of Manhattan, New York. Def Jam is known for its legendary artists like Big Sean, 2 Chainz, Justin Bieber, Kanye West, LL Cool J, Nas, and Rhianna. Justin Bieber has come out with some of their biggest songs of the year so far with “Lonely” and “Anyone.” In addition, Def Jam has partnered with Amazon and will have a soundtrack featured in the upcoming movie “Coming 2 America”. Def Jam continues to represent hip hop and rap and creates music that does the genre proud.

300 entertainment is the newest record label of the bunch being founded in 2012 in New York City. It is actually owned by the Warner Music Group. 300 prides themselves in being a label dedicated to freedom for their artists to create and be entrepreneurs. You probably know them through some of their biggest artists like Megan Thee Stallion, Young Thug, Gunna, and Fetty Wap. Megan Thee Stallion really showed up this year by creating her song “Savage” that blew up on Tik Tok. In addition, she collaborated with artists like Cardi B and Ariana Grande to create music like “WAP” and “34+35 Remix.” Overall, 300 entertainment has a ton of established and up-and-coming artists that have their creative liberties to create the music that will speak to them and their fans.

While Warner placed number 10 in the best hip hop/ R&B labels of 2020, it is still making a big impact on music. Warner is home to pop and rock artists like Bebe Rexha, The Black Keys, Cher, David Guetta, Dua Lipa, Green Day, Linkin Park, Red Hot Chili Peppers, Rita Ora, and more. Warner also represents the rap community with artists such as 2KBaby, IDK, Khushi, Mac Miller, Q Money, and more. One of the biggest celebrations of 2021 for Warner is the RIAA Diamond 10x Platinum celebration for Bebe Rexha.

Music has been being created since the beginning of time. In today’s world music is created and distributed through many avenues, but especially through the hands of record labels. Artists heavily rely on them to get the exposure necessary to make it big so choosing a good one is essential. Interscope Geffen A&M, Republic, Atlantic Group, RCA, Capitol Records, EPIC, Columbia, Def Jam, 300, and Warner are all excellent music labels and have perfected the art of music sharing. While other record labels are also great, these top 10 have definitely fine-tuned the system and have worked with excellent artists to reach fans over the years.