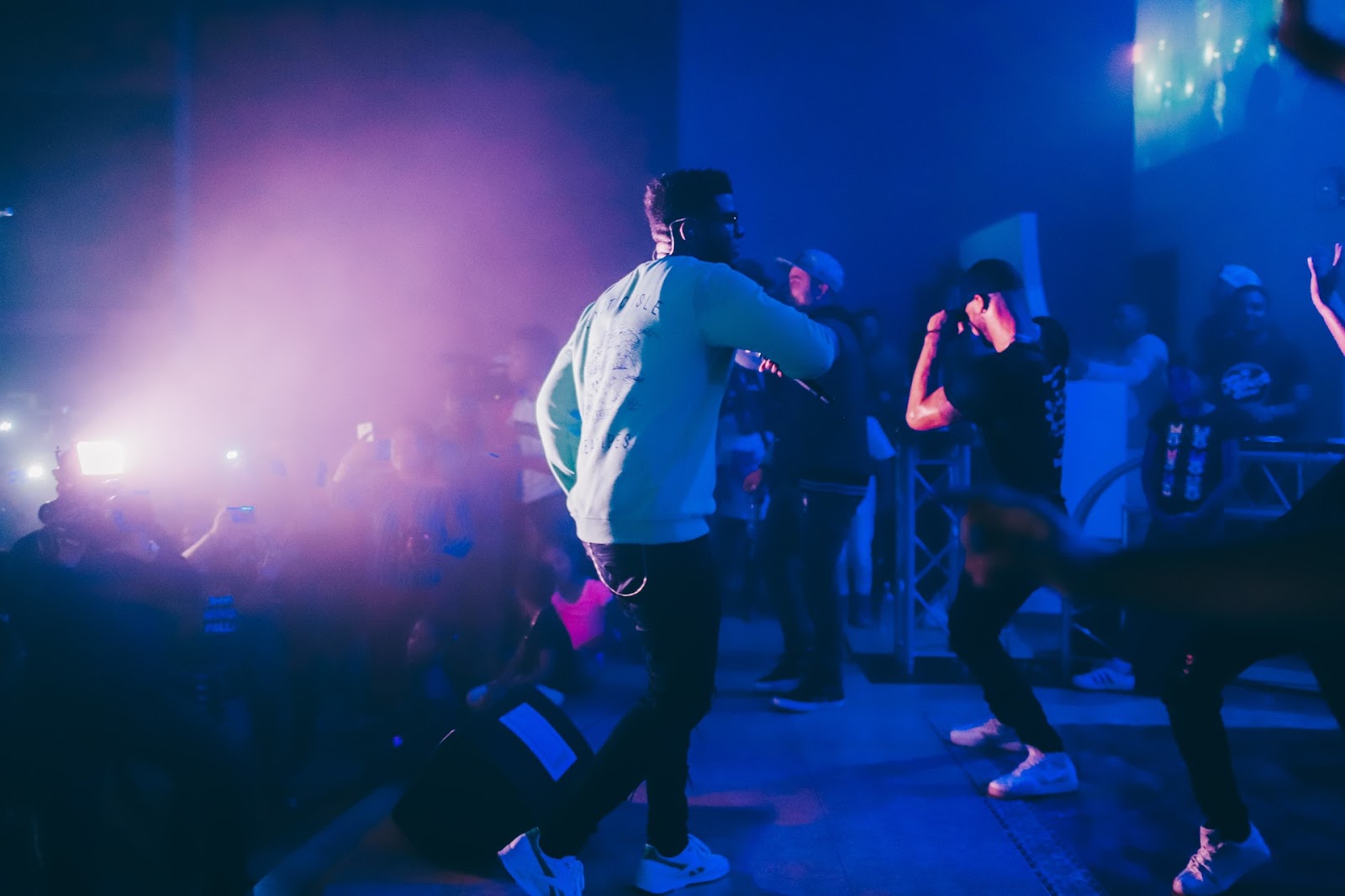 2020 and 2021 have been difficult and unlike any other years before. Thankfully music is always there to lift our spirits, especially rap. Rap has delivered in the past year to spread soul and joy through millions. While anyone from your neighborhood friend to a professional can spit some rhymes, there are a few rappers that are dominating the game right now. These rappers are making headlines with top hits and albums and should be watched closely for their epic music. So who are the top rappers dominating the game right now? Keep reading to find out who these artists are and how they got into their top spots.

Drake is a classic rapper and has been making headlines for decades. With bangers like “Best I Ever Had”, “Hold On, We’re Going Home”, and “Hotline Bling” Drake consistently has been one of the best rappers. Unlike other original rappers he has continued to make chart topping hits. In 2020 Drake released “Toosie Slide” and “Laugh Now Cry Later” ft. Lil Durk. Laugh now cry later reached the number one spot in the charts in October of 2020. Drake’s unique, yet familiar sound brings fans coming back for more.

Roddy Ricch is a 22 year old American rapper from California. He earned some traction from his songs “Die Young” and “Ricch Forever”. Since his early days he has been putting out music that speaks to his audience about his personal experiences. One of his most recent hits is “The Box”. “The Box” has to be Roddy’s biggest song of 2020 and earned him a lot of new fans. His music video on Youtube has over 300 million views and won BET Hip Hop Award for Best Song of the Year. Roddy may be young, but he has pure talent and is making moves in the music industry.

Lil Baby became very popular in 2017 after the release of his mixtape “Perfect Timing.” Since then he has had other popular songs including “Drip Too Hard”, “Freestyle”, and “Never Recover”. But, in 2020 he made an impact even larger than himself by releasing the song “The Bigger Picture.” This song was released following the death of George Floyd, Breonna Taylor, and many other African Americans. His song was released in a time where the Black Lives Matter movement was making noise and people across the United States and the world were marching for change. Lil Baby was more than a rapper this year, he gave people perspective on the events that were happening that would change the world forever.

Jermaine Lamarr Cole, more commonly known as J. Cole is an American rapper who was born on a military base in Frankfurt, Germany. His first big Mixtape was “The Come Up” in 2007, which eventually grabbed the attention of Jay Z. Since his humble beginnings J. Cole has managed to dominate the rap space. In 2020 he won a Grammy for best rap song with the song “A Lot” by 21 Savage ft. J. Cole. He also released “The Climb Back” in 2020, which reached the top 20 songs on the billboard.

21 Savage, AKA Sheyaa Bin Abraham-Joseph, was born in London, but brought to fame in Atlanta, Georgia. In 2014 he released his first mixtape “Picky”, which was produced by DJ Plugg and helped him get his name out there. Since then he has produced major songs like “X”, “Runnin”, Rap Saved Me”, and “Snitches and Rats.” In 2020 21 Savage won best rap song at the Grammys for “A Lot” ft. J. Cole. 21 Savage’s mumble rap has gotten him far and he is determined to keep on the same trajectory.

Future is another Atlanta rapper who actually started out in the group The Dungeon Family before breaking out on his own. Once he hit the road running there was no stopping him. He came out with songs like “Codeine Crazy”, “Low Life”, and “Fuck Up Some Commas.” In 2020 his biggest hit was the song “Life is Good” ft. Drake. This song topped the charts at number and stayed on the charts for 15 weeks. The production of the music video for “Life is Good” also made an impact on its success where it has over 1 billion views.

Post Malone is a non traditional rapper that bleeds into different genres such as country and hip-hop with his musical style. However, with his unique style he has been able to reach different groups of people to listen to his music and learn to appreciate rap. Some of his most popular songs have been “White Iverson”, “Sunflower”, “Circles”, “I Fall Apart”, and “Better Now.” In 2020 Post won the award for Billboard Music Award for Top Billboard 200 Artist and was nominated for the Billboard Music Award for Top Artist. Overall, he made a big impression in 2020, especially with his features with Justin Bieber, Big Sean, and Ty Dolla Sign.

Polo G is a Chicago born and raised artist that is known for his melodic raps reminiscent of his inspirations. At the young age of 22 he has already collaborated with some of the biggest names in rap including Gunna, Lil Baby, and Juice Wrld. In 2020 he released his album The Goat which contained many of his greatest hits. The album went platinum and was recognized for his artistic work.  “Martin & Gina” was upon these songs and was made popular not only for the song itself but also for the funny music video that was paired with it. Polo G knows how to tell a story in a song and make it seem effortless.

Lil Uzi Vert is another unique rapper that pulls inspiration from rock music and emo rap. In 2020 Lil Uzi gained some big attention from his release of “That Way”. It flipped the song “I Want it That Way” by the Backstreet Boys into a rap classic with iconic “I want it that way” lines. Instead of just his rap only fan base he could reach out to others that were fans of the boy band group to appreciate their art in a different way. In 2020 he also released songs like “Futsal Shuffle 2020” and “Myron” that spoke to the hearts of his fans as well.

Travis Scott is another big name in rap and 2020 was no different for him. In 2020 he released his song “The Plan” which was featured in the major motion picture “TENET.” The song is different from his usual style and instead plays his rap in a soft voice over loud droning music. In 2020 he also released “FRANCHISE” and “TKN” as well as being featured on many other tracks.

Men aren’t the only ones that are killing it in rap this year. Megan Thee Stallion is taking one for the ladies and proving that they can do rap just as good. In 2020 her biggest song was “Savage.” It took off when it became a popular dance on the app Tik Tok, and after that it seemed like you could not go on the internet without hearing it at least once. She also was featured in 2 other big songs including Cardi B’s “WAP” and Ariana Grande’s “34+35.” Megan is a relatively new artist compared to some others on this list, but she is making her presence known.

Cardi B is known for being unapologetically herself. Cardi B turned heads with her 2020 song “WAP.” It was quite controversial, but even those that were shocked by its lyrics could not deny that the song was extra catchy and witty. WAP won the American Music Award for Favorite Song Rap/Hip-hop and People’s Choice Award for Favorite Collaboration Song. In 2021 she is not slowing down and has already released her single “Up.” Up has topped the charts at number 1. Cardi B has no plans to stop being a record breaker and will hopefully be releasing more music as the year goes on.

The rap genre has been releasing albums and songs that are chart topping. This is thanks to all of the amazing artists that work so hard to produce music that them and their fans love. Rap has also been blurring the lines between genres and incorporating it into more mainstream music so that more can enjoy it. Rap is no longer an isolated genre and is instead woven into the fabric of music as a whole. These are just a few of the great rappers of our time, but there are many more that are also slaying the game.