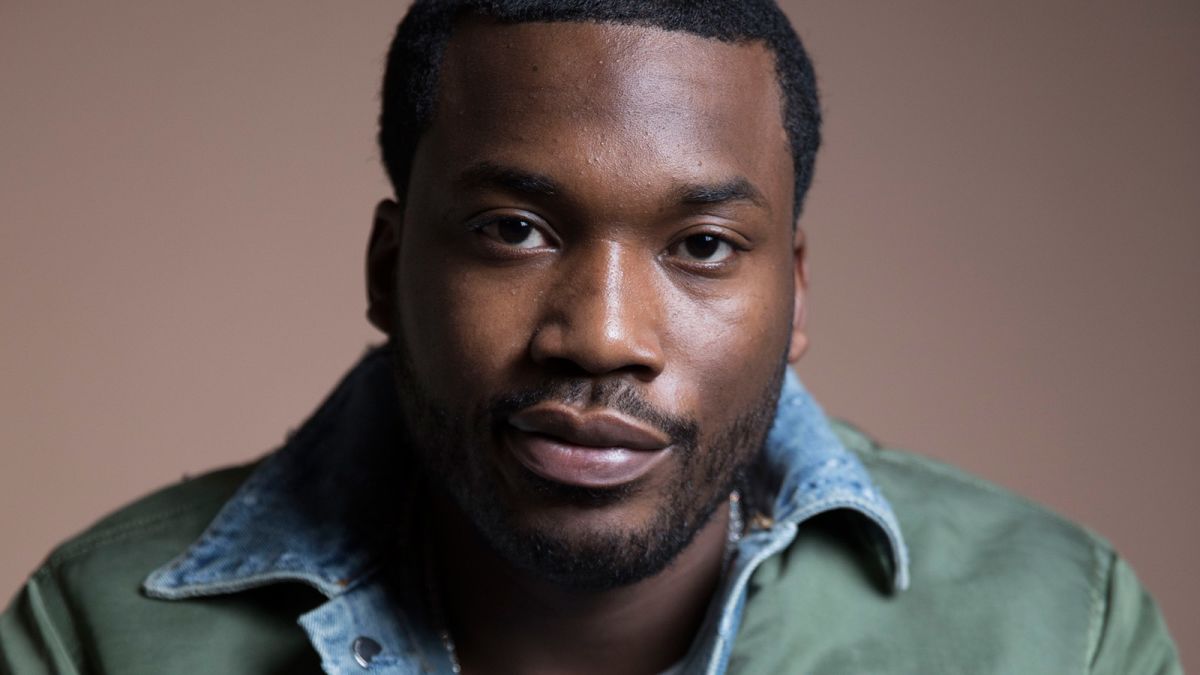 Meek Mill, born as Robert Rihmeek Williams, is a well respected rapper, songwriter, and activist. Mills is not only known for his quick, smooth and hard-hitting raps but also explores themes of police brutality, systemic racism and prison reform within his tracks. This in turn has earned him a lot of respect in the rap/hip-hop community for being extremely raw about his own personal experience and that of others.

Meek Mill also adds his own personal touch to his raps by discussing his on-going legal battles that have lasted years, which has clouded much of his personal image.

However, this powerhouse battle rapping performer has shown that he continues to  overcome these obstacles and is still making hits to this day, especially having been in the rap game for over 12 years.

Meek Mill was born Robert Rihmeek Williams on May 6, 1987 in South Philadelphia. His mother is Kathy Williams and he has an older sister, Nasheema Williams.

Meek’s mom grew up in poverty and his grandmother died when his mom was very young. Meek’s dad was killed in an attempted robbery when Meek was just five years old.

After his father’s death, Meek’s mom moved with Meek and his sister to North Philadelphia, where they lived in a three-bedroom apartment on Berks Street. They were extremely poor during this time, so Meek’s mom started cutting hair, and various other odd and end jobs to support the family.

Meek was considered very shy as a child and rarely spoke, even at home. As a kid, he became closer with one of his uncles, who under the MC name Grandmaster Nell was a pioneering disc jockey in the late-1980s Philadelphia hip-hop scene. Grandmaster Nell influenced rap artists Will Smith and DJ Jazzy Jeff, which piqued Meek’s interest in hip-hop as a result of these early and famous influences.

Meek Mill was also influenced by underground hip-hop artists such as Chic Raw and Vodka, whom he learned to emulate by watching their performance DVDs.

During his teenage years, Meek often participated in fierce rap battles under the name, Meek Millz. He often stayed up well past midnight filling notebooks with phrases and verses that he would later use in these battles.

From there, he and three friends formed the rap group, The Bloodhoundz.  Meek and his friends would then bring blank CDs and jewel cases to Kinko to encourage friends to burn them with the group’s songs and distribute them. At 18, while walking to a corner store armed, Meek was arrested for illegally possessing a firearm, which led to an altercation with the police.

As a result of the altercation, Meek was charged with assaulting the police after two police officers gave a statement against him in the case, saying he chased them down with a gun and tried to kill them. Due to this incident, Meek was then placed on probation

The Bloodhoundz, Meek Mill’s first rap group, released four mixtapes during their time together as a group before splitting up shortly after forming.

By 2008, Mill was flying solo and released his fourth mixtape, Flamers 2: Hottest in tha City. This mixtape produced the promotional tracks “I’m So Fly,” “Prolli,” and “Hottest in the City.”

Flamers 2 eventually got into the hands of prominent people in the industry and caught the attention of founder and President of 215 Aphillyated Records, Charlie Mack. Mack was extremely impressed with the up-and-coming Mills and saw potential to make him into a hip-hop heavyweight. Mack was so certain of Mill’s talent that he immediately signed Mill to his label shortly after meeting with him.

However, rapper and owner of Grand Hustle Records T.I., also caught wind of Mill’s talents and was so impressed with him that he offered Mill the opportunity to travel and meet with him and Warner Bros. Records.

Under T.I.’s Grand Hustle label, Mill formed a working relationship with DJ Drama, the in-house disc jockey. Mill and Drama then teamed up to release the third edition of Mill’s Flamers series. The mixtape, Flamers 3: The Wait Is Over, was released in March 2010 and is listed as part of the Gangsta Grillz mixtape.

Rick Ross also added in his verse to the song after his Twitter followers said he should collaborate with someone in Philly. Meek Mill was the most popular tweet response.

The remix was included on Mill’s following mixtape, Mr. Philadelphia. However, due to Mill’s and T.I.’s respective legal troubles, Mill was never able to release an official album under Grand Hustle and they ended their working relationship in 2010.

In February 2011, it was announced that Meek was signed to Rick Ross’s label, Maybach Music Group (MMG). Later in 2011, Mill released the Rick Ross-featured “Tupac Back”, from the album, Self Made Vol. 1.

Later that same year, Mill dropped “Ima Boss”, the second single also from Self Made Vol. 1. The track was later remixed and features the likes of T.I., Lil Wayne, Birdman, and other famous hip-hop rappers. The remixed track peaked at number 51 on the Billboard 100, which became Mill’s most popular and successful single at the time.

Mill then released his next mixtape, Dreamchasers, in August 2011 which was praised by critics and fans. The mixtape features hits such as “House Party” and co-collaborators Rick Ross, Beanie Siegel, and others.

Mill released the second mixtape edition of Dreamchasers in May 2012 and within six hours of its digital release on DatPiff.com, it was downloaded over 1.5 million times by fans. Later that month, Meek revealed that he had moved on from Grand Hustle and signed a deal with Roc Nation management.

Due to the success of his Dreamchasers series, Mills was getting a lot of praise from well-respected rap veterans. Nas, having worked with Mills on a few tracks at this point, claimed around this time that he had his eyes on Mill and knew he was going to be a bit hit, which would eventually lead to him taking over the rap scene.

Dreamchasers 2 was released on October 30, 2012, and following the Philadelphia party for the album release, Mill was arrested by Philadelphia cops as a passenger with someone he was riding with. They didn’t file any charges, and he was let go.

The album appeared in the number 2 spot on the US Billboard 200 chart with 165,000 copies sold in the first week. In its second week, Dreams & Nightmares continued to do well and sold 41,000 more copies.

Mill then released the third installment of the Dreamchasers series, Dreamchasers 3. The mixtape featured guest appearances from Akon, Future, Waka Flocka Flame, Wale, Trina and Jadakiss and others.

On March 8, 2014, Mill announced that his next studio album would be titled Dreams Worth More Than Money. The album dropped in June 2015 and by July 2015, it topped the Billboard 200.

Meek Mill then posted 6 videos on his Instagram previewing music for his next mixtape, DC4. The mixtape was planned to have featured a remix of his long- feuding enemy, Drake’s song, “Back to Back”, and a remix to Drake and Future’s song, “I’m the Plug”, however neither were ever officially released.

In January 2016, Meek Mill dropped songs on his extended play, 4/4, with 4 tracks. Later that month, Meek Mill released another extended play title 4/4, Pt. 2. Meek Mill then released DC4 in October 2016 which ended up debuting at number three on the  Billboard 200.

In July 2017, Meek Mill released his third studio album titled Wins & Losses, which also debuted at number 3 on the Billboard 200 where it remained there for two consecutive weeks.

In November 2019, Mill announced his fourth album, Championships, which was released later that same month. The album received positive reviews from critics and debuted atop the US Billboard 200, selling 229,000 units in its first week.

In June 2020, Mill released the protest song “Otherside of America” in response to the Black Lives Matter movement and showed support for protests happening internationally against police brutality.

Meek Mill has always been well known for his activism, especially in the black community as well as politically by challenging prison reform.

In 2018, Mill became a leading advocate of criminal justice reform in the United States, where he transitioned his advocacy into the co-formation of the REFORM Alliance Foundation with Jay-Z. The nonprofit organization states their mission is “to dramatically reduce the number of people who are unjustly under the control of the criminal justice system – starting with probation and parole.” They plan on doing so by gathering leaders from various fields such as business, entertainment, government, sports, technology, and more, who have the common interest of donating and advocating for criminal justice reform in the United States.

Meek Mill has spent $50,000 of his own money to donate 60,000 water bottles for the Flint Water Crisis, where Flint, Michigan residents are dealing with unsafe drinking water due to the town’s main water supply being tainted and making residents sick when the town switched from using the water supply from Detroit’s system to the Flint River, in an attempt to save money.

In August 2018, Mill also donated 6,000 backpacks to students of Philadelphia.

Meek Mill began dating rapper and singer Nicki Minaj in early 2015 and also accompanied her as an opening act on her 2015 world tour.

In January 2017, it was reported that Mill and Nicki had ended their short-lived relationship. Their breakup is highlighted and detailed on Minaj’s 2017 single, “Regret in Your Tears”.

Mill also has three children. In 2020, Mill’s girlfriend, Milan Rouge, gave birth to his third child, and her first, on the rapper’s 33rd birthday.

The following are mixtapes and studio albums from Meek Mills through his tenured career:

Dreams Worth More Than Money