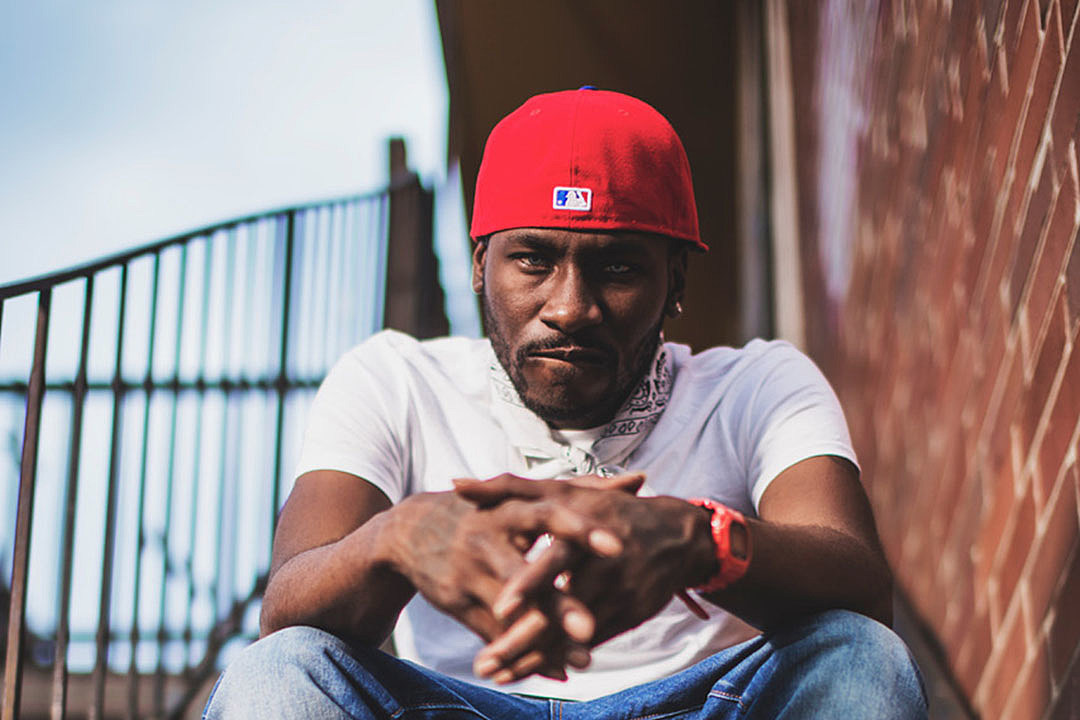 Trentavious Zamon White, Sr., was born August 7, 1987, in Atlanta, Georgia to Terisa Price, who raised him as a single mother. His biological father did not remain in the picture and was in fact an early determent from Fresh’s music career. He wanted his son to excel in athletics, but the boy was slight in frame and not particularly physically strong. There was no money in the rap industry, he was told by his father growing up.

Instead, he found a mentor with his stepfather, K. Rich, who was the CEO and founder of Savoir Fair Entertainment, an independent rap label established in 2000. K. Rich partnered with Gucci Mane (Radric Delantic Davis, of Atlanta) to launch LaFlare Entertainment in 2005.

He positioned the young upstart Yung Fresh exactly where he needed to be and introduced him to all the people he needed to know to start his career, as well as acting as a father figure in place of his absentee parent. He put Yung Fresh and his cousin, Montana de Mac, on the label in 2003, along with some other musically-inclined family members. Together, the family created their own rap label called Street Money Worldwide.

He felt that he needed more practice and discipline, and so he took a backseat and let Montana shine, his mother recalled in an extended interview with XXL Magazine. “Bank said, ‘Pop, I’m not ready to do it yet, give me a little more time, but Montana’s ready, and he’s always been that person,'” Terisa said in the interview. “He’s not gonna hold you back, if you got it, you got it and he felt like Montana had the talent. [He’d say], ‘Let him go ahead first and then if I’m not ready afterward, let my other cousin go ahead and then I’ll come behind them.’ He always has been the type where [he’d say], ‘I wanna help.’ He felt like, ‘If there’s someone that’s better than me around me, let them go ahead and go before me. And if I’m not ready then, there’s someone still in line around me, ok, we’re gonna help them first, but I’m coming.’ That’s how he was.”

He released his first mixtape, Street Motivation, under the name Yung Fresh. It was comprised of 14 tracks including “Sportscenter” and “Get It Up,” both collabs with Gucci Mane, and “Shining Bright,” featuring Zaytoven (Xavier Lamar Dotson, a trap record producer, DJ, and keyboardist out of Atlanta). His second and third mixtapes, Life of a Hot Boy and Life of a Hot Boy 2: Real Trapper, both dropped in 2015 and were released under the new moniker, Bankroll Fresh. The first Hot Boy tape had the title track, “Hot Boy,” which Pitchfork called a “minor hit.” The latter album, however, earned Fresh a 6.4, calling it “a spare, skeletal record, suggesting inner confidence.”

In honor of this third mixtape release in the month of November, Fresh dubbed the occasion “Banksgiving,” and celebrated the holiday season by giving back to his community: providing Thanksgiving dinners to inner-city, single-parent households like the one in which he was raised.

“Hot Boy” would go on to be one of Bankroll Fresh’s most well-known hit singles. “Walked In,” off of the second Hot Boy tape, would be the next.

WorldStarHipHop premiered “Walked In” on their YouTube channel on April 26, 2015. The track featured Fresh, Porter, and Boochie mumble-rapping over a simple beat and plucky piano keys keeping time. The music video, produced by Mr. 2-17, follows Fresh and his crew through a tailgating barbecue party outside an Atlanta residence before following the action inside. Shot on a home video camera, or at least stylized that way, it captures a young rapper in the prime of his life, doing what he loves with exuberance. “And I might just lose the ceiling/And I’m trying to grind up on a million/And I might kill it if feel it/Hell yeah!”

He followed up with a few more mixtapes over the years: 2015’s Bankroll Fresh, and 2016’s Made It Through Tha Struggle. He was also a featured artist on “I Just Wanna,” featuring T.I. and Spodee, which was released following his death in 2016. He featured on a posthumous release of Jeezy’s “All There,” his second single from Trap or Die 3. The song was a hit, appearing on the original soundtrack for the FX series Atlanta.

Following an altercation with fellow Atlanta rapper and old friend No Plug at Street Execs studio, Fresh was shot and killed. Both the physical fight and the shooting were caught on surveillance video around 10:30 p.m. on March 4, 2016. Fresh confronted No Plug after he arrived at the studio and a fight ensued in a back room, which was quickly broken up, but then spilled out into the street where it escalated and weapons were drawn.

No Plug claimed that he shot Fresh in self-defense, and he was not charged or even named as a suspect. The case was officially closed in June of 2018 after authorities determined that Fresh shot first, aiming an AK-47 at No Plug’s car and entourage as they departed the studio lot in a Dodge Charger. His passengers turned and fired on Fresh in an act of self-defense, shattering the glass door of the studio and hitting Fresh in the right hip as he tried to retreat back into the building. He was then carried to a car by friends on the scene and rushed to Hughes Spaulding Hospital, where he later died. The CCTV shows another shower of bullets raining on the studio following the final departure and hospital caravan, but it is impossible to tell where they are coming from or who is firing them.

Police reported picking up over 50 shell casings from the scene of the crime.

No Plug appeared in an online interview with VLADTV in August of 2016, breaking down the events of the evening and explaining why he shot his old friend, Bankroll Fresh. The two had gotten into an argument at the studio over a previous incident, he said. Bankroll had dropped his handgun, and No Plug picked it up and left. When he returned to look for a couple of cellphones that had also dropped, he claimed that was when Bankroll exited the studio and shot at the car as he and his entourage were driving away.

No Plug said he fired back in self-defense before pulling off. “He fired a shot, and shit happened. We pulled off, and he ended up dead,” he summarized. “I could have been dead, so I’m not going to say I want to take the situation back, but if there was a way we could have both kept our lives, I would have liked for that to happen,” he added.

Bankroll Fresh’s uncle responded to the VLADTV interview with a scathing letter to DJ Vlad for giving No Plug the platform to promote his innocence, furious that both sides of the story were not being told, writing: “While the whole black community were coming together to protest “cops killing black men”, you drop this one-sided interview of an open investigation for an unsolved murder of Bankroll Fresh…. you wanted to show more black on black violence on the same day? All you do is take from our community!”

He continues: “My nephew is dead and you’re having a light humored conversation with an alleged killer like it’s just another interview with Taxstone or Charlamagne… even as a responsible journalist or the leader of urban news as you claim, you should have had the rebuttal interview with our family and/or other people who was there.”

Just a few short weeks after the case was closed in June of 2018 and the suspects cleared of any wrongdoing, Fresh’s mother and cousin were shot at in a drive-by shooting at the family home in downtown Atlanta late at night on July 2. His mother, Terisa Price, was unharmed but his cousin, Amanda Weaver, sustained a bullet grazing to her shoulder and thigh.

Reports say that almost 20 rounds from a semi-automatic weapon were fired into the bedroom of the family home, where its residents were sleeping. Police said they would not speculate on whether the drive-by shooting was related to the rapper’s 2016 murder, and when asked for comment, the family could not say either way.

His mother who worked as a bus driver for MARTA (Metropolitan Atlanta Rapid Transit Authority), spoke to XXL Magazine after his death in an extended interview about raising him in the projects on the Westside of Atlanta. “Anywhere we were or lived, I always tried to give him the best,” Terisa explained. “But he had friends that lived not that far where we were living and he would have me drop him over to their house and I’m thinking, Them little boys, they’re gonna play and doing whatever. I’m not thinking if they’re trying to do some slick stuff or nothing like that, but I would hear it later as he got into wrong, some of the things that he was doing, ’cause it was shocking to me, like, ‘Boy, you did that?’ Boys, they ain’t gonna tell you everything they’re doing, you’re just gonna see what they want you to see. Long as I knew he came home and he didn’t go and try to hurt nobody or break into people’s houses and doing all that craziness. The only thing that was on his mind basically was music and bringing everybody together. That’s the kind of stuff I used to hear him talk about.”

In 2020, Fresh’s first full-length studio album was pieced together by his Street Money Worldwide camp and released posthumously on the four-year anniversary of his death. In Bank We Trust garnered mostly positive reviews. Pitchfork gave the album a 7.1, writing: “On the mesmerizing “Fuck is You Sayin,” released the same year, the rhymes tumble out of Bankroll as if involuntarily like he’s on the verge of sputtering out. He rapped with the control and violence of a deranged puppet master, prefacing the irreverent, rhythm-warping flows of rappers like Lil Baby, Gunna, and Valee, and helping to set the stage for 21 Savage’s deadpan menace to break out into the mainstream.

Bankroll’s rise and untimely crash happened so fast that he never got to release his debut album. In its place, after years of delays, we get In Bank We Trust, a collection of hard-hitting loosies, a feast of dizzying rhyme schemes, and mournful trap synths that showcases Bankroll’s talent but never attempts anything more than that. In Bank We Trust isn’t a sappy, exploitative posthumous tribute, but a no-frills reminder of Bankroll’s gripping artistry.”

The message of his lyrics, staying true to yourself and taking out the opposition, still comes through even after four years of his passing. The energy and exuberance though, are sorely missed. His evolution as a career rapper will forever be plateaued with this last tribute release, and it will never be known what he might have been if he had lived to continue honing his craft.

Terisa posted the following on Instagram about her son following the album’s release, brimming with pride: “He talks to me through his music… This is due in large part to you, his supporters … These positive expressions of love mean so much to me. They keep me going and I truly appreciate it. My intention in releasing this album, In Bankroll We Trust, four years after my son’s death is to set the tone for his ongoing legacy. As long as his spiritual body operates in harmony, he is still alive, still making his mark on the world, and still carving out a legacy that makes me proud to call him my son.”