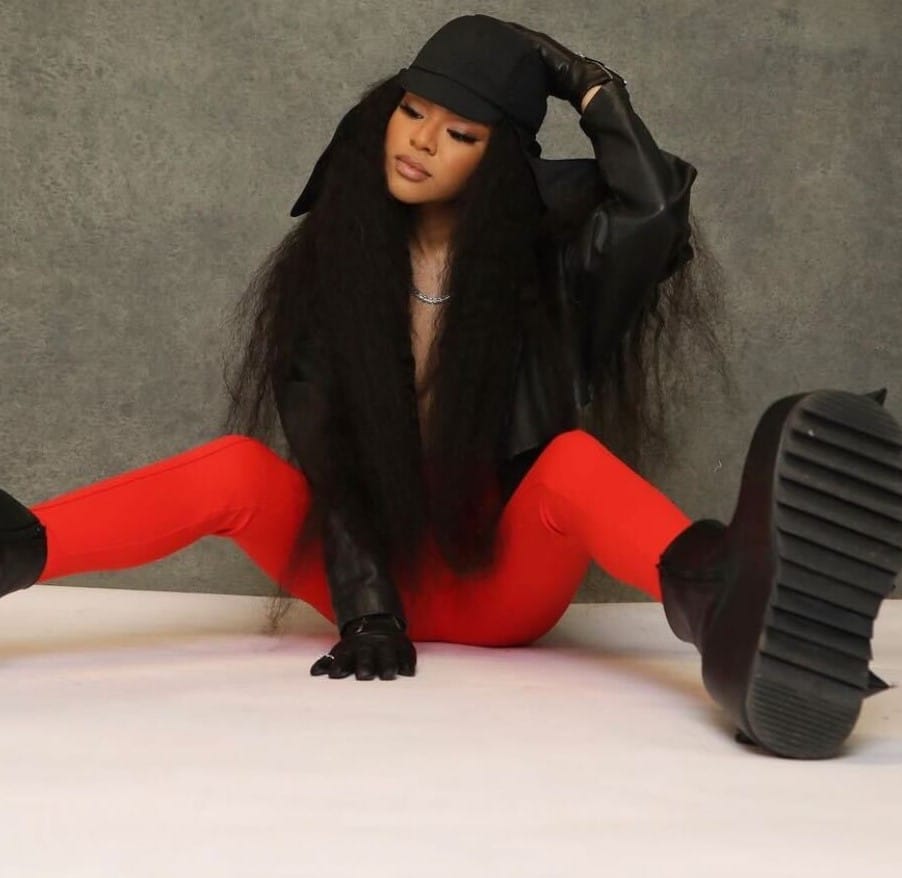 Atlanta rapper Killumantii is making waves in the industry. After her single ‘Rules” went viral on TikTok in 2019, a whole 2 years after its original release on Instagram, Kill’s career ascended to new heights. Garnering more popularity than ever before. At present the “Rules” sound has just shy of 480,000 videos created on TikTok alone.

We got the chance to sit down with Killumantii and ask her about making “Rules, Utilizing TikTok as an artist, and the next steps in her career.

Signing to GenerationNOW (Atlantic Records) in 2018, the same label as Lil Uzi Vert, Big Kill was already beginning to experience fame. However long before that, she was cultivating her passion for music as a child. Being an artist professionally was always the plan for Killumantii, even when she had no idea how. We took the opportunity to ask her about herself and what makes Kill who she is.

Q: Tell us about yourself as an artist. What got you started with music?

Q: In relation to music, what was your childhood like? Talk to me about earlier years, before you even started even making music, what were you listening to?

A: I was always making music. My cousin got a computer for Christmas when we were like 9 or 10. I used to freestyle with her on YouTube and write raps for her, and she would just be posting on YouTube. That video got like 50 views and we thought we were famous. Thinking about it now, that was probably just us rewatching it 50 times.

I used to listen to music all the time in the car growing up. I was really just Meek Mill, cuz my mom is from Philly. So, I used to just grown up listening to Meek, Snoop was really cool too. Also I like Sosa, Sosa was one of my big favorite artists of all time, he’s cool.

Q: Did you have a favorite growing up?

A: Sosa was my first favorite artist growing up, then it changed to Meek as I got older. Its still Sosa, its still Meek. They’re still great artists, so yeah, those two.

Q: Do you have a dream collab? Or is there anyone you really would like to work with?

A: Yeah I do! I have a few. A Drake collab would be cool. A Lil Wayne collab would be awesome. I really look up to Lil Wayne and his lyricism, I really think that’s beyond crazy. Nicki, of course. I love Nicki, she’s so diverse. Meek would be cool. Jaden Smith, I’ve always been a fan of Jaden Smith, he’s always been cool to me. I remember when he dropped his first EP, “The Cool Cafe”. I was there, I was in attendance and a lot of y’all can’t say that.

Oh! And Sosa, but everybody knew that.

Q: If you weren’t making music, what would you be doing right now?

A: Believe it or not, I was supposed to be a nurse. Can you imagine me being a nurse? Sticking people with needles? I couldn’t be a nurse, but I probably would be a nurse in a hospital somewhere if I wasn’t making music.

Q: Now that you have more infrastructure around you, what are you excited to create? What is it you’re looking to do with your music career?

A: I wanna be a superstar bro. I was really unsure about it for a long time, because – I’m not gon hold you – I was not prepared to be famous. Imagine going to sleep and waking up and going to the store and someone’s like “oh your that girl”, and you are that girl. But now that I have my head on my shoulders, I just wanna be an all around superstar. It’s like nothing happens for no reason, so why not, let’s do it, I already am.

So that’s the plan. As far as what I have coming up, I’m definitely dropping more music. I’m just dropping single by single by single, but I definitely have a project coming. A lot of big music videos in the works. I’m just working man, and I’m excited, I feel like everybody is gonna be here for it. They’re gonna love it, cuz they love me.

The song that truly started it all for Big Kill, “Rules” was originally made when Killlumantii was still a teenager, making music in her bedroom. After its original release via Instagram, the track was rereleased via Soundcloud, this time boasting a new beat and better production. Then again the song exploded in fall of 2019, this time on TikTok. This boosted the femcee’s status to unprecedented levels. We asked Kill about the origins of her jackpot breakout hit.

Q: How did the song “Rules” come about? How and when did you make it?

A: Oh my gosh, I made that song so long ago, I was literally in highschool. I was at home and I used to freestyle in my room. Before I got signed and had studio access and stuff like that. So all my freestyles came from my room with a speaker that I got from Five Below, and an iPhone 5s that I had for years, I used to just record on it.

So I heard the “Chi-Raq” beat, because its originally on the “Chi-Raq” beat. I heard Nicki’s version of that “Chi-Raq” remix and thought “oh yeah this is hard, I can do this, I’m gonna remix this. So I just put it out, and I woke up the next day and there were so many new people there. So yeah, that’s just how it happened. I was that gorl.

Q: Did you know when you were making “Rules” what you had? Or was it just another track you were gonna put out and see what happened?

A: When I first made “Rules” I did not know it was the gem that it turned out to be today. It was really just a response to some people that had me f****d up. So when it blew up (2017 release), the first thing that came to my mind was “I’m gonna have to get in a fight at school tomorrow, cuz it went viral and everybody seen it, and they gon try to jump me”, but it didn’t happen. Cuz im “that gorl”, and this my world.

But when I first made “Rules” I had no idea that song was gonna change my life the way that it did, and I’m grateful for it all the time. I really went from being “that girl”, cuz I’ve never not been that girl. To being “that gorl”, thats a big difference.

Back then, I recorded everything in one, flawless take. I didn’t know how to edit, and I wasnt in the studio. So if I messed up, that was the next 45 seconds of my life, doing it again. So, I was so frustrated, I almost didn’t put it out. It was getting late, I got it right one last time, posted it, went to sleep, and here we are.

Seemingly destined for success from the very beginning, Killumantii’s unique combination of talent and popularity found a new home on TikTok. Expertly utilizing the platform to connect with fans on a new level, Kill shares some thoughts regarding her experience as both a creator and an artist on the clock app and it’s role in her success.

Q: You mentioned you’ve been making music for a while. What was your career like before you started being active on TikTok?

A: I was always Instagram famous. So I had hundreds of thousands of followers, but really it was Soundcloud before it was TikTok.

Q: How do you think getting on TikTok has helped your career, if at all?

A: It definitely let me connect with a lot more people, because I didn’t even know TikTok was that big when I first joined. Literally everybody was there. And they welcomed me, like ‘OMG Kill’s on TikTok”, and I was like “Okay, I guess I am on TikTok”. So it helped a lot, I got to meet a lot of new fans, a lot of fans I never spoke to before.

Q: What was the first song of yours that really went viral on TikTok?

Q: Do you have plans to continue leveraging TikTok when you make music? Is it something you keep in mind? As an artist how do you look at TikTok as a platform?

A: 100 percent. I keep TikTok in mind. [Originally] TikTok was just a place to make jokes, but I am who I am, and it became a place where everybody just connects with me. Now I look to it more for feedback. It’s a way to get instant feedback, and they’re really honest on TikTok. I appreciate that, cuz my Instagram fans they be kissing up to me just to get the album. My TikTok fans will tell me like “girl, no. that that off there, its trash, we’re not dealing with it”.

So, mainly for the feedback and just to post my joke and then dip. Cuz I’m that girl and I’m funny.

Q: What advice would you give another artist that is looking to build up their TikTok following?

A: One thing I would tell an artist when you first get on TikTok, is there will never be another TikTok. Don’t waste your opportunity, like this is a once in a lifetime chance to be a millionaire or whatever you have in store. Do not mess this up!

Post 3,4,5 times a day, the day is gonna go by anyway. Just give it a shot, give it all you got. All it takes is one video, I am living proof. It literally only takes one video. So if you learn anything from me, keep going until you get your video!

Follow Killumanti on TikTok @killumantii and check out her newest single “Black Wall Street” Out Now!