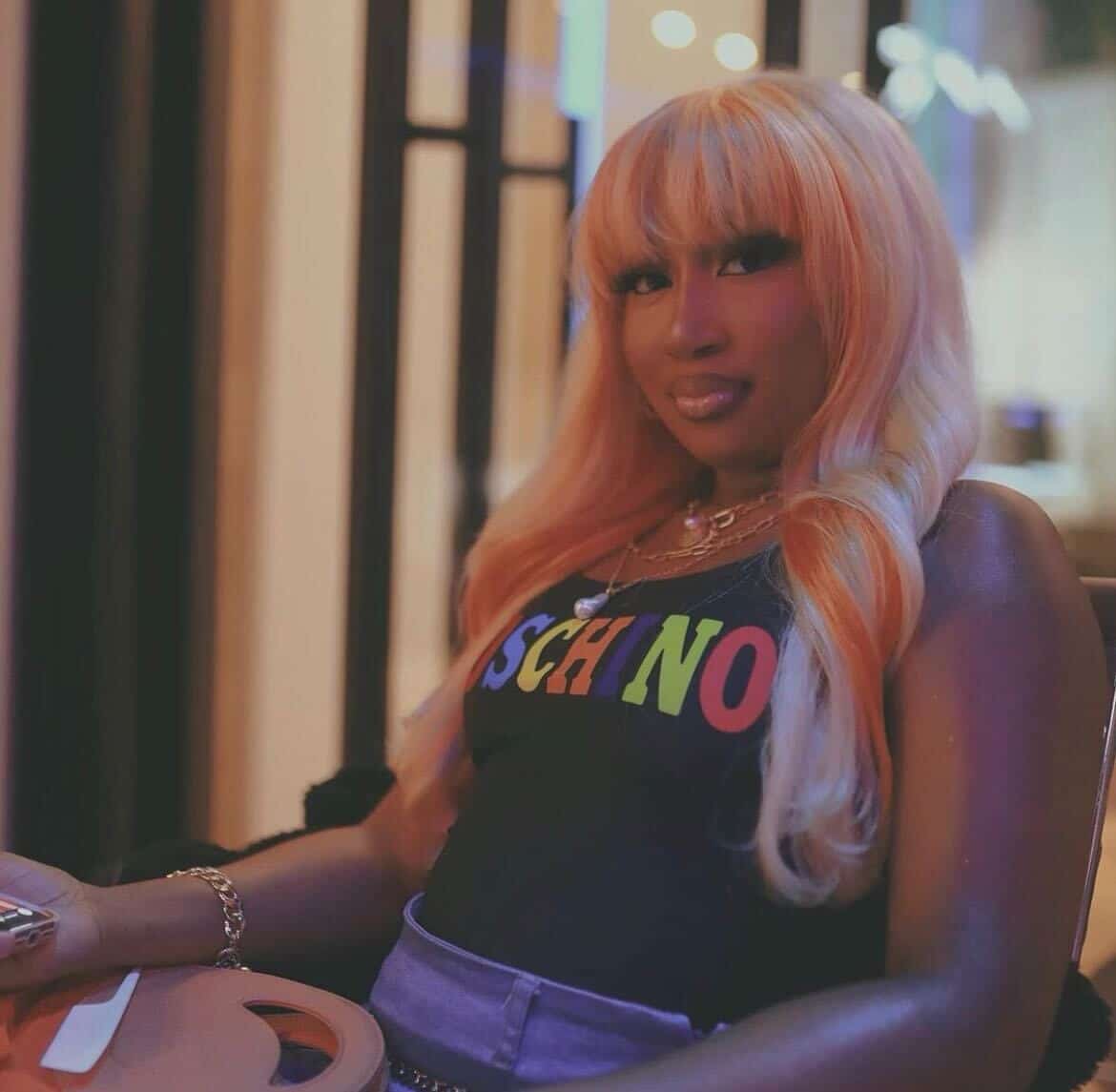 Recording artist Baby Tate has become very successful over the course of a few short years. Taking her success from recording in her childhood home to creating internet breaking songs, Baby Tate’s career has soared to new heights. Best known for her outrageously viral singles “I am” and “Sl*t Him Out”, the Atlanta based rapper, singer, and songwriter has finally gotten a chance to, as she puts it, “let the world see what I’ve always seen in myself”. We got the chance to catch up with Baby Tate to talk about musical origins, creating hits, and utilizing social media in Baby Tate’s Bar4Bar interview.

As with many artists, Baby Tate’s love of music began early in her childhood. Tate recalls her youth. From recording on her mom’s old power Mac, to the ladies that inspired her to create her own music, Baby Tate recounts the moments that became the foundation of her career.

Q: How did you first start making music?

A: I first started making music when I was 13. My mom had me in performing arts schools since the third grade. So music has always been a very large part of my life, and always something I wanted to do. This one summer I just didn’t have anything to do, so I started making beats and writing my own music and yeah.

Q: When did you first have a moment where you realized that this music thing is real, like I can really make this a thing?

A: I think that I always knew that I could make music a thing. I think having my mom be an example that it was possible was very important in my journey, because it allowed me to believe in myself so heavily. But, I think as far as seeing the success, I don’t know. Even at some of my earliest shows, even though there weren’t the most people in the audience, people always related and resonated with my music, and it always made me feel like “Okay, I can do this”.

A: Coming up, some of my favorite artists were Rihanna, Nicki Minaj & Gwen Stefanni. Those were women that I felt never put themselves in a box,  and it always inspired me to make music in the same way. I think you can kinda hear a lot of their influence in my music. I listened to a lot of other stuff, but those are just my favorites.

A: My dream collab is probably with Rihanna. Because, you know like, we never know if we’re gonna get another album from her. So that would be amazing, but yeah.

Q: I know you said you knew you wanted to make music at the end of the day, but If you weren’t making music what would you be doing?

A: I don’t know. Well I guess I would have graduated college by now. I was in college for psychology. So I think I would be doing something with children, because I was going to switch into childhood psychology.

Since becoming a professional artist Baby Tate’s discography has expanded to include a number of career defining hits. Baby Tate takes the opportunity to give us – and her fans – some insight into her creative process, and the making of some of her biggest songs including “I am” (featuring Flo Milli) and “Sl*t Him Out (S.L.O)”.

Q: What was it like making your first record or song? What do you remember about recording it?

A: I made my first song on Garage Band. At the time I didn’t have a microphone, so I would use my mom’s big Mac computer. I just tilted the computer up, and used the microphone at the bottom. Real ghetto, buy yeah I was just being resourceful and creative.

A: Yeah. Uh, Yeah I did. I actually recorded “Sl*t Him Out” on Instagram Live, like I created it on Live. And after I finished making it I was like “I’m gonna make a clean version of this song”, and that’s how I knew I really see potential in this song. I’m making a clean version, before I even get in the studio. I was at home and I had to rerecord it and everything, but I knew like “this is kinda slapping right now”.

Q: I know you write all your own stuff and are very hands on with your music. What does your writing process look like?

A: My writing process differs. When I’m writing alone, I usually just spitball off of myself, build off my last line, and just be creative and witty and fun about it. Then sometimes If I’m singing I just do melodies and stuff, and come back and write to them later, but that’s mostly when I’m writing with a writer.

Q: Do you have a memory of the first time either in the club or in public or online, that you heard a  song of yours and thought like: that’s really me, I’m really doing it!?

A: I wanna say that the first song [“Beckham”] that was on a show was on “Euphoria”. I was like “oh my God”, and it was just so exciting, even though it was  in the background. I guess I would say that was my first big one, because I did think I had placements before that.

Q: How did that “Euphoria” placement come about?

A: *manager chimes in* “Having a good manager”

Q: “I am” has gone absolutely insane, and like you said you wanted, a lot of people are just having fun with it. Do you have a story about the creation of the record or was it just another part of the process, and it took off on its own? Can you tell us a bit about that track and how it came about?

A: Yeah, so I actually wrote “I am” – well, the hook for it – when I was at home. I guess it was at the beginning stages of really getting deep into my spiritual journey. And I was listening to a lot of different affirmations on YouTube, but they were so boring, and like it was giving snoozefest.

I wanted to write affirmations for myself that were fun, but also were things I wanted to accomplish or things I wanted to feel. So, I wrote the chorus to “I am”, literally just as affirmations on my phone. But then when we got in the studio, I was like “ You know what I have this thing that I wrote today that I feel like would kind of be cool on a song”. So we tried it on this house beat it I was like “nah, that’s not it”, but then we tried it on another beat and I was like “yeah, that’s a bop”.

And a bop it was.

Q: You’ve clearly already achieved a ton of success with music and in your career. What are some of the things you hope to accomplish or milestones you want to reach in the next few years?

A: I want to hit Billboard, you know I just got my first entry with JID and 21 Savage, but I wanna do it by myself too. Performing is really important to me and something I love doing, so I want to do that at award shows. I wanna win awards. You know? I just want to keep growing and letting the world see what I’ve always seen in myself.

The use of popular social media platforms is crucial for artists to succeed in this modern entertainment industry. Tate takes us through her thought process as it surrounds using social media – TikTok in particular – to her benefit as an artist. As well as the role social media plays in making new music, and in Baby Tate’s regular life.

Q: As an artist, how do you use TikTok on an everyday basis? How has your relationship with using TikTok manifested in your creative process

A: I love TikTok actually. TikTok is really fun and interesting in a way like, I’ll post a song or a snippet to see how people feel about it. We dropped “Sl*t Him Out”, that we posted a snippet to, and everybody was like “OH MY GOD, drop this song”, like begging me to drop it. So it’s definitely cool to almost have a whole bunch of a&r’s on TikTok. I get to ask like “Y’all like this song? Y’all don’t like this song? What are y’all feeling?”. So I use TikTok in that way.

Q: Did you have virality or TikTok in mind while making it [Sl*t Him Out]

A: I just wanted to make the song, I don’t really when making a song “ouu, lets make something that’s gonna go viral on TikTok. If it does, it does and if it doesn’t, it doesn’t. I wanna make successful songs, period. I wanna make good songs. But I don’t go into the studio like “Ay yall we gotta make this TikTok banger today… or else”. I just wanna make good music, that’s it.

Q: Speaking of honest and real, what was the real reaction to the first time you realized your song was taking over the internet? What happened in that moment?

A: Actually my manager Quinn told me, because he was looking at the Spotify numbers, and the plays had gone up like 100,000. So he was like “what the heck?”. Then I got on TikTok and there were a few videos [with the song] that had millions of plays, and I was just like “oh my God this is so cool!”

A lot of times when I’m excited you can’t tell, but yeah it was cool. I didn’t cry or anything but it was like “wow, thats really dope”. It felt rewarding and a bit ironic.

Q: What’s one thing you would tell an artist on how they can leverage different social platforms and TikTok in particular?

A: I think some advice I would give is to be yourself. It’s so easy to get caught up in social media trends and stuff, but I think what people appreciate about me is that I’m very honest and real, sometimes maybe a little bit too much. But there’s one out there that’s gonna be like you. Be yourself. Find your audience, and your audience will find you honestly.

Just keep pushing and believing in yourself – that sounds so corny – but it’s true.

Q: What’s next? What can we expect to see from you in the coming months, Where can we check you out? When’s new music coming? Tell us about what’s coming.

A: So I have new music coming this spring. I’m gonna be going on tour with Charlie XCX, so you can catch those songs there. Yeah. Follow me everywhere @imbabytate.

Follow Baby Tate on TikTok @imbabytate and check out her viral singles “I am” and “Sl*t Him Out (S.L.O)” Out Now!