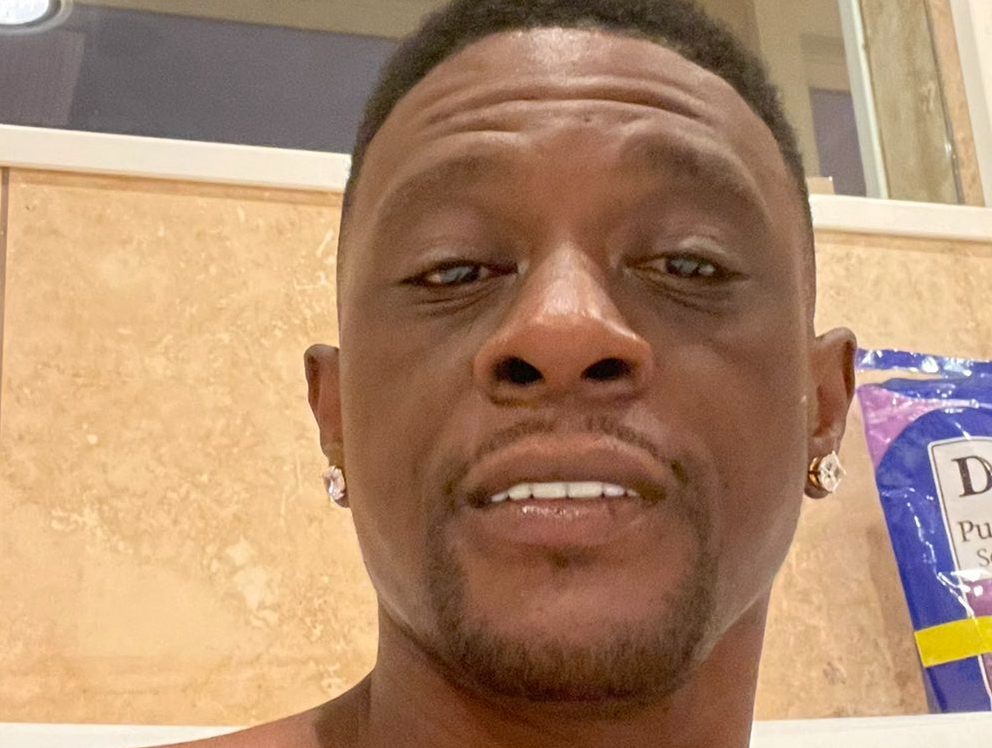 It appears that Boosie Badazz has been banished from Instagram yet again, and this time he’s calling on the Certified Lover Boy rap star Drake to help with his social media plight in the midst of the premiere of his film My Struggle.

In the early morning hours of Tuesday (September 28), Boosie jumped on Twitter to reveal his Instagram account had been taken down once again, and reigned down on his followers’ timelines a Badazz rant aimed at IG’s head top.

“MY IG WAS TAKEN FOR NOTHNG AGAIN. THEY MUST HAVE FOUND OUT I HAVE A FILM THAT IM PROMOTING .PLEASE CONTINUE TO BUY MY FILM DESPITE THIS MOVE TO STOP THE SUCESS OF MY STRUGGLE.YALL ALL I GOT AGAINST THESE POWERFUL PEOPLE .BUY IT TWICE TO BOOST MY FIRST WEEK NUMBERS THANKS,” Boosie wrote in his initial tweet.

Boosie then began speculating that his attempts to recruit Billboard juggernaut Drake to promote his new biopic film My Struggle to his fans, and his home country Canada at-large, were the root of his banishment.

“PROBALY CAUSE I REACHED OUT TO @Drake FOR HELP LOL SMH,” he wrote.

The levees broke and crumbled up shortly thereafter as Boosie declared his intentions to send it up on Twitter as a means of retaliation, writing, “Guess I gotta go off on Twitter,” before lashing out at directly at multiple entities and individuals including Instagram, while simultaneously promoting his production.

He also launched a tirade against cognac brand Hennessy, writing, “FUCK HENNESSY BOOSIE CONGAC WHO WANT SMOKE WITH ME IM UP ON ONE,” on a video clip of an interesting red carpet interview where he claims Hennessy turned him down for a deal.

He also, for whatever reason, is hell-bent on dragging Drake into the entire mix.

“THEY SAW ME REACH OUT TO DRAKE FOR HELP SMH GO BUY MY MOVIE 3TIMES FUCK THESE PEOPLE,” Boosie commanded in yet another Drizzy-facing tweet.

Things really started to get spicy, as Boosie turns up on Instagram CEO Adam Mosseri, who recently appeared on The Breakfast Club back in July and explained the reason behind the multiple account suspensions Boosie has faced.

While Boosie Badazz has previously publicly criticized Adam Mosseri, calling the tech CEO a “Racist,” he took his insults to a new level by going after his loved ones.

“HOW DID YOUR RICH ASS FIND SOMETHING SO FUCKING UGLYDouble exclamation mark YALL SUPPOSED TO HAVE BAYWATCH WOMEN THEM HOES LOOK LIKE SHIT N YALL PUT A RING ON SMH I KNOW U LOOK ON IG ALL DAY AT WOMEN LIKE WTF DID I DO MY WIFE IS A GHOSTBUSTER. DAM YO WIFE UGLY,” Boosie wrote in the first pair of her Mosseri-geared subtweets.

Seemingly absolving himself of the severity of comments, Boosie reminded his followers he’s dealing with the account suspension during the week of his movie premiere.

“Take my Ig the week of my MOVIE RELEASE u messing with my me n my family ITS UP,” Boosie wrote in another tweet before following up with an additional call to action for Drake.

“DRAKE TELL CANADA BUY MY FILM on http://boosiemovie.com,” he exclaimed.

Previously, Mosseri explained the reason Boosie’s IG accounts are perpetually taken down is the result of the Louisiana rapper’s content breaking the safety rules the social media company established as a part of their terms of service.

“The only content we try to take off of Instagram is when there’s safety concerns,” Mosseri explained. “You don’t lose your account or get it suspended until you have a lot of strikes. And at some point, we have to draw the line.”