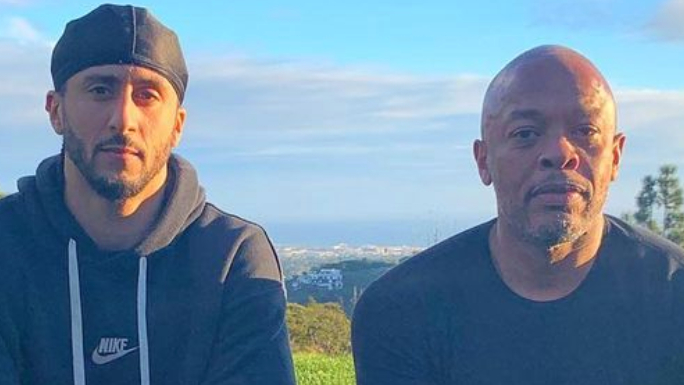 Hip Hop savy NFL fans are brushing up on classic gangsta rap hits ahead of the 2022 Super Bowl halftime show.

“The opportunity to perform at the Super Bowl halftime show, and to do it in my own backyard, will be one of the biggest thrills of my career,” Dr. Dre said in a press release obtained by Pitchfork. “I’m grateful to Jay-Z, Roc Nation, the NFL, and Pepsi as well as Snoop Dogg, Eminem, Mary J. Blige, and Kendrick Lamar for joining me in what will be an unforgettable cultural moment.”

The overhaul JAY-Z and Roc Nation began with their 2019 partnership with the NFL, highlighted by a new social justice initiative, Inspire Change, spearheaded by Meek Mill and Rapsody.

The move generated a ripe $100 million contribution from the league towards criminal justice reform over the next 10 years and set the stage for diverse events — such as The Weeknd’s $7 million 2020 Super Bowl performance.

Gassed up and seemingly amped up to touch the stage, Dr. Dre celebrated the announcement in an Instagram post on Thursday (September 30), expressing his intent to showcase the next frontier of his career to fans with his halftime performance.

“I’m extremely excited to share the stage with my friends for the #PepsiHalftime Show. This will introduce the next saga of my career…Bigger and Better than Ever!!! @NBCSports @Pepsi @NFL @RocNation #SBLVI,” Dre wrote.