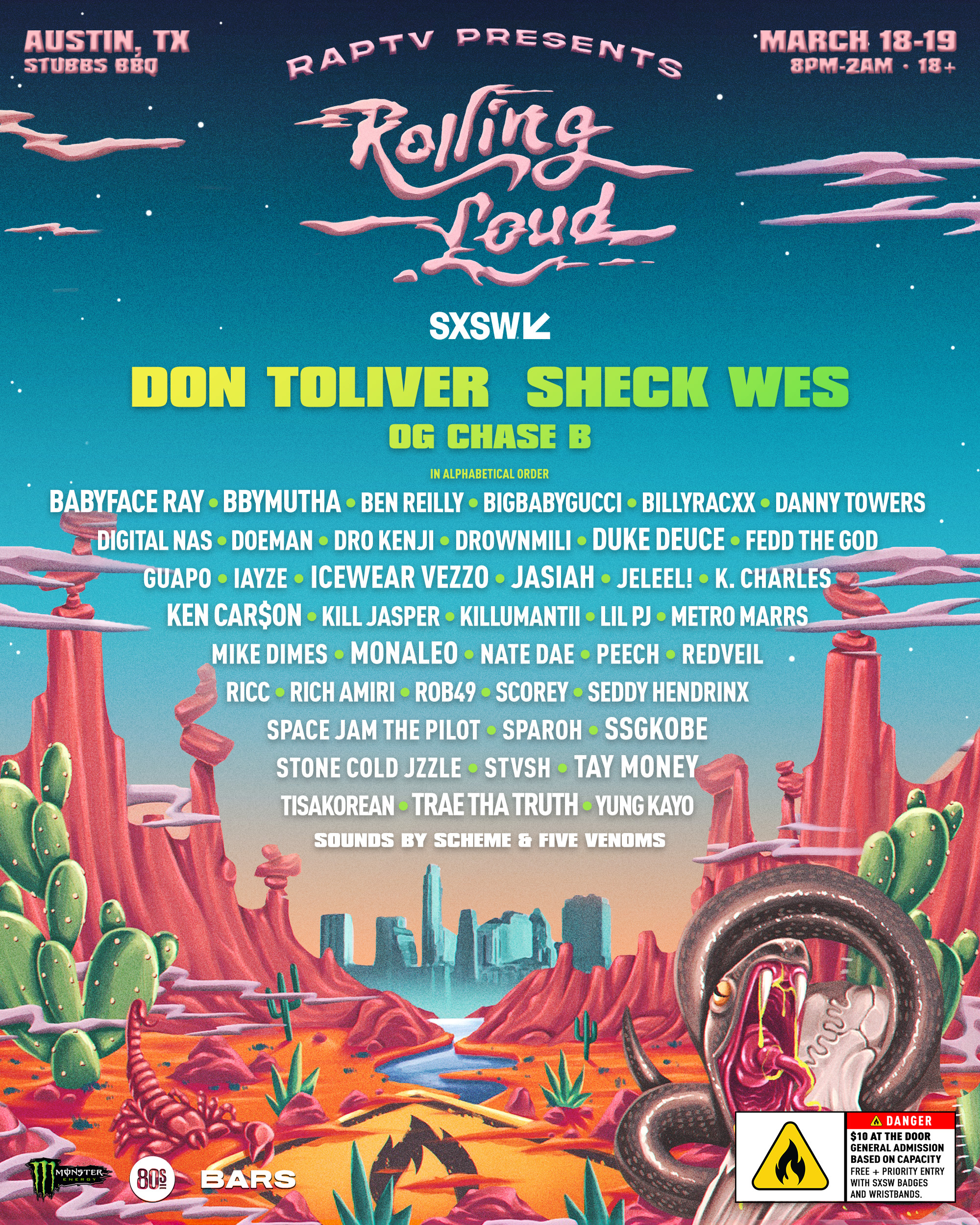 RapTV and Rolling Loud – two of hip-hop’s most exciting brands – closed the SXSW festival with a showcase for the ages. Texas rappers, including Tae The Truth, Tay Money and TisaKorean joined headliners Don Toliver and Sheck Wes to invigorate an electrified audience at Stubb’s Waller Creek Amphitheater in Austin, TX. According to Rolling Stone, Don Toliver’s performance “…[hit] with the focus of a guided missile to close out SXSW 2022.”

“I want to thank RapTV, Stubb’s and all the artists and fans for making our return to SXSW so lit,” said Rolling Loud Co-Founder Tariq Cherif.

David Kantanka, RapTV‘s Chief Operating Officer, was equally appreciative and excited for the successful collaboration. “What an incredible weekend – Thank you Austin!” he exclaimed. “Our two night pop-up far exceeded our expectations with it being RapTV‘s first time at SXSW. Major thanks again to our partners at Rolling Loud working with us to create the hottest music lineup at this year’s conference, along with Meta and their BARS app who helped us keep the vibes high all weekend long. Make sure to follow our socials at @rap for more exclusive concert content dropping soon.”

Including this most recent success, RapTV had quite an expansive year. In September (2021) Cultural Genesis, a media-tech company focused on remixing technology for authentic urban culture and entertainment, announced that it added RapTV and All Def Music to its network. Then in March (2022) RapTV joined forces with United Talent Agency (UTA) to “[expand] RapTV’s footprint through forming strategic partnerships, booking talent collaborations, and tapping into new mediums in the ever-changing media landscape,” according to UTA.

According to many, SXSW was a scrumptious “appetizer for what Rolling Loud has in store this year.” Rolling Loud Miami will headline Kanye West, Kendrick Lamar and Future.