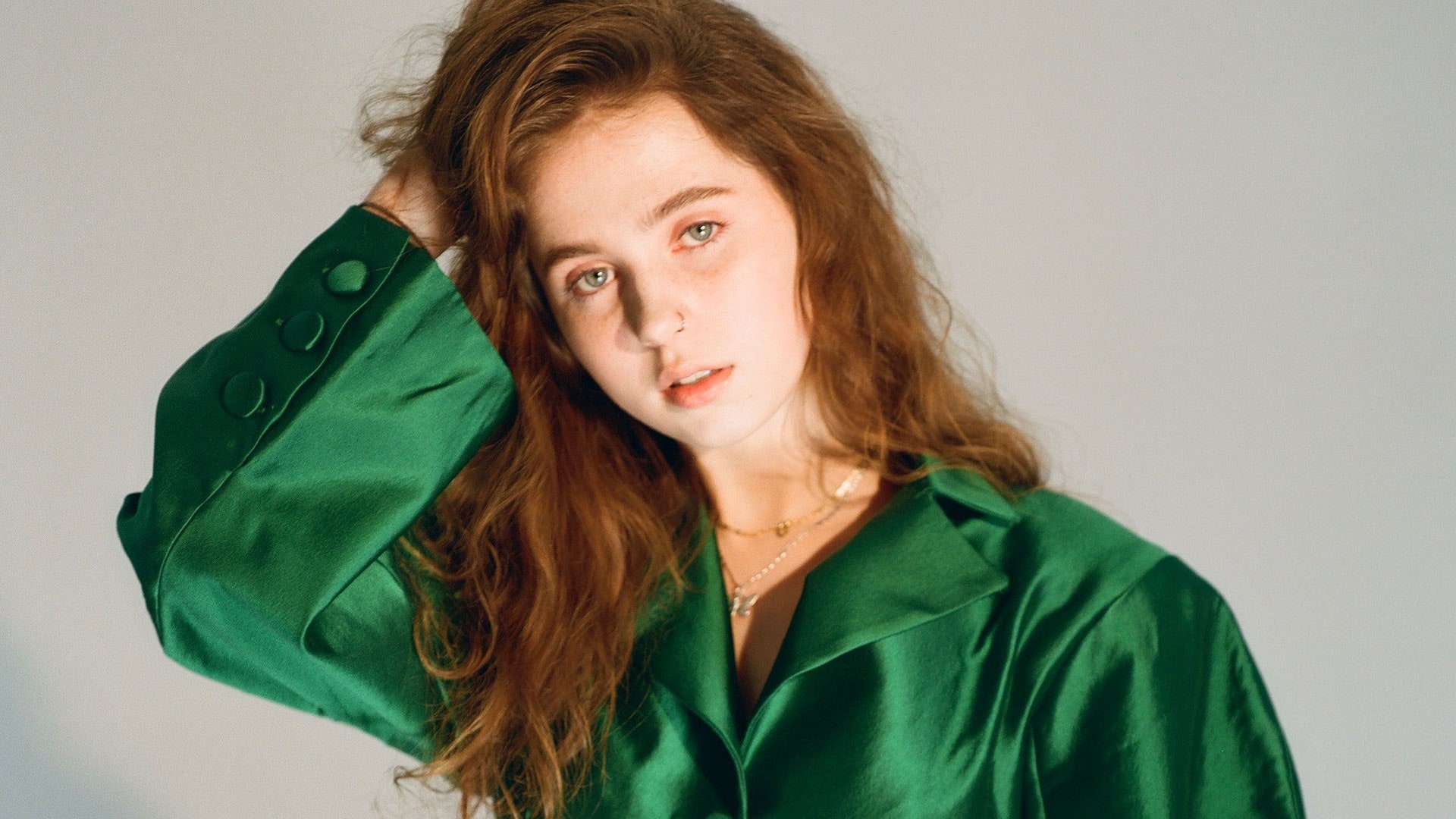 As the story goes, Clario, the young Boston singer and songwriter by way of Atlanta and Seattle, taught herself how to play the guitar from Internet tutorials, paired that with her love of writing, and put the songs that she was creating on Bandcamp, SoundCloud, and YouTube. Fast forward to singer Clario getting covered by music industry staples Pitchfork and Fader, she signed a 12-song deal with the latter publication’s record label and even became managed by the same one that handles Chance the Rapper’s career.

But how does a young girl become the sensation of teenaged girls everywhere, even while she was attending Syracuse University, cause people to question just how genuine her do-it-yourself mentality, and get such a consistently influential tastemaker like Fader to take her seriously and put some industry muscle behind her career? Clario’s story has many of these interesting twists and turns.

Clario was born as Claire E. Cottrill in Atlanta, Georgia as the daughter of Geoff Cottrill, a successful marketing executive whose resume reads like a collection of dream jobs, having held top positions at Procter & Gamble, Coca-Cola, Starbucks, Converse, and MusiCares, which is a philanthropic organization that stems from the Grammy Awards. Between 2015 and 2017, Clario’s father was the president of American operations at MullenLowe Lintas Group.

Claire grew up in Carlisle, Massachusetts, a picturesque little New England hamlet town outside of Boston with a population of only about 5,000 people. This is the soothing environment where Clario started recording cover songs of other artists that she admired, honing her craft at the age of 13.

She even performed her cover versions at local businesses such as Blue Dry Goods. This led to MTV contacting her to record a song to be used as background music, but the song was unfortunately never utilized. What was the first album that Clario really connected to artistically? The Shins’ Wincing the Night Away, and it became the driving force that pushed her to make her own music.

Clario’s story doesn’t follow the similar path of the rebellious teenager who wants to be a musician for her career and fights back against every concerned adult that tries to explain that this level of success is only for a minute chosen few and highly unlikely. In fact, even when the well-meaning people around her told Clario that a career in music was a really uncertain career choice, this only led to her having fun with expressing herself instead of applying pressure to herself to get famous or die trying.

She began putting up her music on the digital platform Bandcamp under the names Clairo and DJ Baby Benz, while still attending Concord-Carlisle High School. She also posted DJ mixes of rap music on SoundCloud as well and had a YouTube channel with cover songs and short films. She started attending Syracuse University in 2017.

Clario’s sound was developed with a combination of soft, personal vocals, whimsical soundscapes, and Clairo writing the songs herself while playing keyboards and guitar and adding interesting sound effects and samples to work. Her low-fi melodies translated well to internet audiences when she began sharing them back in 2013.

The Clairo EP, do u wanna fall in love? came out in 2014 after releasing several homemade recordings the year before. More EPs came out in 2015 such as: have a nice day, late show, AQUARIUS BOY, and moth girl. She decided to try her hand at a longer release in May 2015, still at a time prior to her record deal, called metal heart, that was a collection of raw acoustic recordings, complete with tape hiss.

She stayed active on YouTube with acoustic guitar cover songs of the Cure, Frankie Cosmos, and (Sandy) Alex G. The year 2016 brought the creased laundry EP and the six-track brains a bus station, with her introduction of electric guitar, keyboard voices, and drum samples into her music.

There was no slowdown in Clario’s music releases that year, with the July release of a special EP under her real name Claire Cottrill and the project split with English lo-fi musician Keel Her. During an interview with Rookie that occurred early in her career in 2015, Clario talked about her use of YouTube and how it propelled her forward. She claims that she used the platform to put up her first video when she was thirteen years old. The song she was singing? A recording by the pop-rock band Maroon 5.

She claims that it took her hours to figure out how to use the platform and then post her video up on facebook. She then did the work of sharing her music with friends. But she admits that she was nervous to share what she had made. She just posted the video, closed her eyes, shut the computer and hoped for the best. She admits:

“I didn’t know if I was going to get good reactions or not, but my friends were supportive, so that really helped.

By the time she turned 14, one of her videos finally caught the attention of folks at MTV. The people at the channel were remarking that unlike the past, a lot of talent no longer goes on television shows such as The X Factor any more to get eyes on their artistic talent. Instead, artists who are looking to be discovered now made videos and posted them to the internet as she had. She was then able to get a page on MTV and go to the big apple to record her music.

Clario talked to Fader that music magazine who she ended up signing her record deal with, about the inspiration behind her first big hit song – “Pretty Girl.” She claims that it was the first pop song she wrote. The song, which was about how she felt like she had to meet public beauty standards in order to be accepted, took her down a long road of realizing that attaining those standards was a bit messed up. In essence, through her writing she realized that she should never have to be anyone other than who she was in order to be accepted, loved, and attractive to others.

Coming Out as Bisexual

With Clario making music with producer Rostam Batmanglij, known for his work with Vampire Weekend, their creative relationship benefited from their similar experiences which Clario explained by saying that he understood so many elements of her personal struggles – whether they were about being a new artists, making her first official record, or with how exactly she was going to personally deal with coming out as queer.

Clario came out of the closet with her relationship preferences in May 2018 with a popular and loved tweet:

“‘B.O.M.D.’ is also ‘G.O.M.D.’ for your information…(referring to her song that describes meeting the boy or girl of her dreams. Growing up in a small town like Carlisle, Massachusetts, Clario was often worried about admitting her queerness because dismissive classmates would make derogatory statements about girls that they thought were dressed like lesbians. After she completed her degree and finally graduated from high school, she was able to build up the confidence to deal with and accept her own personal sexual identity and sexual approach to life. She claimed that when she went to college, her two best friends identified as queer. It was at that time in her life that she was having the first real conversations about her identity with those who also knew and understood what it meant to be queer in the world.

She still doesn’t know what she identifies as exactly, if she has to identify as anything, and Immunity indulges in the nervous energy of self-discovery:

“Tell you how I felt/Sugar coated melting in your mouth” Clario sings on “Bags,” the first single that was released from her Immunity album, singing, “Pardon my emotions, I should probably keep it all to myself/Know you’d make fun of me.”

“Bags” addresses the unlimited directions that things can go in when you have a crush on someone.

Do It Yourself Controversy

One Clario interview from October 2017 with Fader seemed to rub some critics the wrong way when it comes to whether Clario is a real do-it-yourself artist or not. She mentioned admiring Brockhampton at that time for their DIY point-of-view. She claimed that she loved their DIY attitude because it was evidence of how authentic and genuine they truly were.

During her interview, which was published by Fader, coincidently the same company that her record deal is with, she claimed that she was especially inspired by Brockhampton, and cited their “do-it-yourself ‘attitude'” as her ethos:

This upset some online communities that labeled her remarks as being disingenuous, making the arguing that her professional musical career benefitted from her father’s involvement in the industry, and that she had nepotism on her side, making it hard for people to accept her as a true DIY musician like those without major entertainment connections.

Clario was also accused of being an “industry plant,” which is the type of artist who has the backing from the music industry prior to their success but pretends like they did everything all on their own.

These sort of discussions appeared on Reddit, with one of the more widely shared posts stating that, even though the user actually enjoyed her music and thought she was an “inspiring” songwriter, they thought that it was strange and disingenuous that out of all of her countless interviews she conveniently avoided mentioning father’s significant industry contacts. How did Clairo confront the “industry plant” accusation? She called it “sexist” and denied that there was “a man behind my success.”

Be that as it may, unfortunately, none of those three songs would have enough reach to attain the Gold-selling statuses of either “Flaming Hot Cheetos” or “Pretty Girl” from her previous Diary 001 EP.

But as the year 2019 came to an end, Clario’s album Immunity was still making a statement in the minds of music critics. This was proven by Immunity getting recognized on quite a few prominent critics’ lists that ranked what they considered to be the year’s best albums of 2019:

With two mainstream projects consisting of one album and one EP out on the Fader Label, Clario is still just getting started. Whether you are hung up about the privileges she may have benefitted from by having a father in the music industry, or view her as a YouTube novelty, Clario currently has over 7 million monthly Spotify listeners on the popular streaming platform a year after having her album Immunity released out into the world. Her impact has been felt, and we will have to wait and see what she will come out of the studio with next.