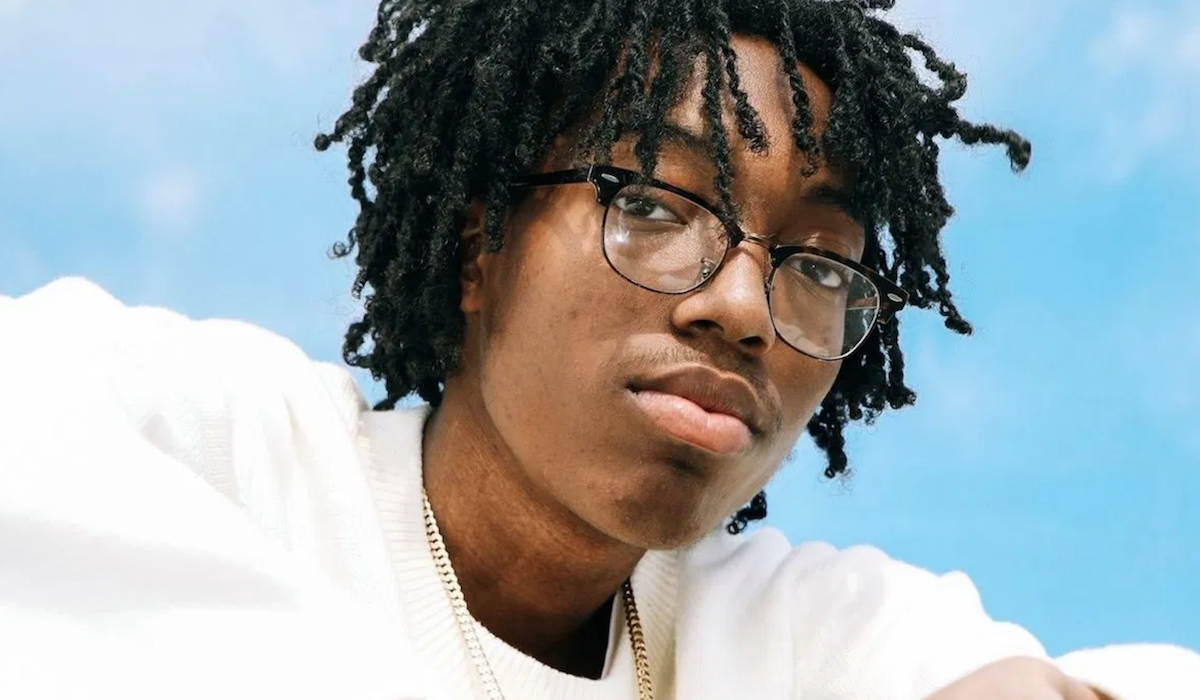 The world of rap and hip hop is being steadily invaded by a scene of tech-savvy, youthful, and trend-conscious new contenders for notoriety. One such fresh face is multi-platinum star Lil Tecca, who has erupted on the scene in recent years and is seeing his career steadily take shape. Details and the dish on upcoming artist Lil Tecca follows.

Officially a child of the new millennium, Lil Tecca was born Tyler Justin Anthony Sharpe on August 26, 2002. He was born and raised in the Springfield Gardens area of Queens in New York City.

In seventh grade, he was relocated to Nassau County in Long Island and would later attend Lawrence High School. He started playing around with music, rap, and hip hop very early on. At the age of 9 years old, Lil Tecca and his friends would often create and rap diss tracks at each other that were recorded using Xbox mics. Originally uploaded onto Soundcloud, these early tracks are unfortunately no longer available.

It should be noted that during most of his childhood, Lil Tecca’s focus was not primarily on music; rather, the young hotshot had goals and dreams of someday playing basketball for the NBA.  Young Tecca absolutely loved to play ball as a child, so it is no surprise that at one point he had a serious case of hoops dreams. Those plans and aspirations changed as he entered his teenage years, however. It was around that time that his bountiful energies were shifted away from playing basketball and into making music.

Musically, Lil Tecca lists a number of influences from a variety of styles. He has mentioned Lil Wayne, Michael Jackson, Meek Mill, Eminem, Waka Flocka Flame, Chief Keef, even Coldplay, to the surprise of many. He also names Speaker Knockerz, SD, Lil Reese, and Fredo.

In the early months of 2017, Lil Tecca began to see a rise in popularity when he made the track “tectri” in conjunction with a friend, Lil Gummybear. However, it was the 2019 release of his single “Ransom” that really changed the game and got things started for Lil Tecca.

The track was originally featured on the YouTube channel Lyrical Lemonade by Cole Bennett and received its premiere on May 22 of 2019. This led to the song hitting the number four spot on the Billboard Hot 100 list and garnering millions of YouTube views and Spotify plays.

“Ransom” was one of six tracks that were created while out on the West Coast at the main studio of Internet Money. Lil Tecca’s independent internet projects and Long Island acclaim had won him the notice of Taz Taylor, producer and founder of Internet Money. It is not surprising then that under this tutelage Lil Tecca’s “Ransom” went to the number one spot on the Billboard Streaming Songs chart and also became a double-platinum hit within a year’s time. This led to packed out shows when he would later go on tour.

Impressively, Lil Tecca made sure that during this time that “Ransom” was blowing up that he was really only focusing on music during the weekends. Because he was still a student, schoolwork took up much of his time, and he did not let that slack.

He makes comments about his school life, his classmates and their reactions to his music, and sudden success, saying, “Right now I’m in a situation where I get my work from school and then I do it at home. Before, I used to go to school and then just sleep. But then I had online school after school. So I never had time to do music until the weekends…People see what I do, but no one says anything. Before, anything that they would say would be negative. Now, the only things that they can say are positive things. So they just choose not to say anything at all, you know?…I don’t really think anything’s making me stand out. I ain’t trying to stand out. I’m just doing me and people gravitate to it. I have real people that support me. It’s not like no computer. These are real people. I don’t know why people like me, just the same way that I don’t know why people don’t like me…I just wanna have fun.”

We Love You Tecca Mixtape

A few months later, Lil Tecca teased via his Instagram with the promotion news and album cover for his mixtape on August 24. On August 30, 2019, We Love You Tecca – the young artist’s debut mixtape – was released through Republic Records. “Ransom” was included in the tracklisting. Also included therein were the track singles “Love Me” and “Did It Again.”

There is one guest feature only on this mixtape, made by Juice Wrld. The mixtape went on to grab attention and earn the number four spot on the United States Billboard 200. It was also certified platinum by the Recording Industry Association of America on September 17, 1010. Commercially, the mixtape seemed to exceed expectations and projections that were initially made for it.

Critically, the mixtape garnered mixed reviews from a number of sources. Some gave We Love You Tecca nods and critical praise, particularly when taking Lil Tecca’s age and novelty to the scene into account.

Others, however, were not impressed, feeling that the sound and beats of the mixtape were repetitive and uninspired and the lyrics unfortunately superficial. Overall, though reviews went back and forth, many were impressed by the young artist’s ability to craft a project of the mixtape’s dimensions so early on.

Tracks Listed on We Love You Tecca

Tecca released multiple singles throughout the whirlwind of a year that has been 2020. “Out of Love” came out in July, while “Royal Rumble” first appeared in August. Very recently, on September 18, 2020, Lil Tecca’s first official studio album, Virgo World, was released through both Galactic Records and Republic Records. The song “Royal Rumble” is considered the lead single off of Lil Tecca’s first album.

Unlike the mostly solo We Love You Tecca mixtape, the debut record features several other current hip hop heavy hitters, such as Nav, Lil Durk, Skrillex, Internet Money, and Lil Uzi Vert. 2 The title, Virgo World, is in tribute to Lil Tecca’s star sign. In fact, the young Virgo just made the leap into official adulthood this year, celebrating his 18th birthday.

It may come as a surprise to some fans, but the young artist gives some definite nods to the influence and power of astrology. On his astrological star sign, Lil Tecca has said the following: “I always took pride in being a Virgo. It’s an idea I want to implement in my music. We try to create a perfect world around us. There are benefits and downsides to it. I can be really optimistic, but there are times when I’m not optimistic. No matter what, I give it my all though….In a lot of ways, I feel like Virgo World is what I was trying to get We Love You Tecca to sound like. I think I’ve reached my full potential at the moment. On every project, I’m going to evolve.

When you finish listening to the album, I want you to feel inspired to be whatever you want to be, whether it’s a rapper or a basketball player. I hope this project brings inspiration out of you and shows you if I could do it, you can. I’m still the same kid, but I grew up. I’m proud I did everything a lot of people said I couldn’t. It wasn’t about proving them wrong; it was about proving myself right.”

Back in April, Lil Tecca announced that he would be working on a project entitled Do They Really Love You with Internet Money. At this time, however the project has been pushed back and put on hold.

Lil Tecca continues making music and using technology to his advantage to get his name and work out there. It has been pointed out that he has a very strong grasp on the use of social media to promote and grab attention for his music and brand. Lil Tecca has even been referred to (affectionately, it seems) as a nerd, which is a title that he wears with pride.

He makes reference to a post that he made recently on Instagram in which he wrote, “Not your average nerd.” Given that “nerd” is often used as a derogatory slur, particularly amongst schoolyard colleagues, one might think that this would get to Tecca. Not so.

When asked to comment, Lil Tecca said, “No one ever really called me a nerd until recently. This nerd persona and everyone calling me that is a new thing. So I was like… I don’t really take it as an insult…I want them to know that if they’re gonna make assumptions, they shouldn’t even know. If you’re gonna make assumptions, there’s no point in knowing. I really don’t care. You’re just bored. I don’t got nothing to prove to nobody, because I’m just here to have fun and do what I wanna do. If you like me, then like me. If you don’t like me, then don’t like me. But if you don’t like me, don’t like me by yourself. Don’t recruit other people to not like me with you.”

Though he hails originally from the New York City borough of Queens and now called Long Island home, Lil Tecca does not necessarily consider himself a “New York rapper” or a “New York hip hop artist.”

While there are many artists, rappers, and musicians who fall easily under that category, it is Lil Tecca’s feeling that he is not so easily defined or identified. Whatever you consider him, it is clear that Tecca just wants to be taken on his own terms, to be himself, and to have fun doing it. With such bright, bold beginnings at a young age, it is not hard to imagine a long and successful career ahead for him.

More information and updates on Lil Tecca can be found on his website, which is www.weloveyoutecca.com. Like the teasers and promos that have come before, you can be sure that his social media presence will keep any fans on high alert for new tracks the young artist might be dropping.