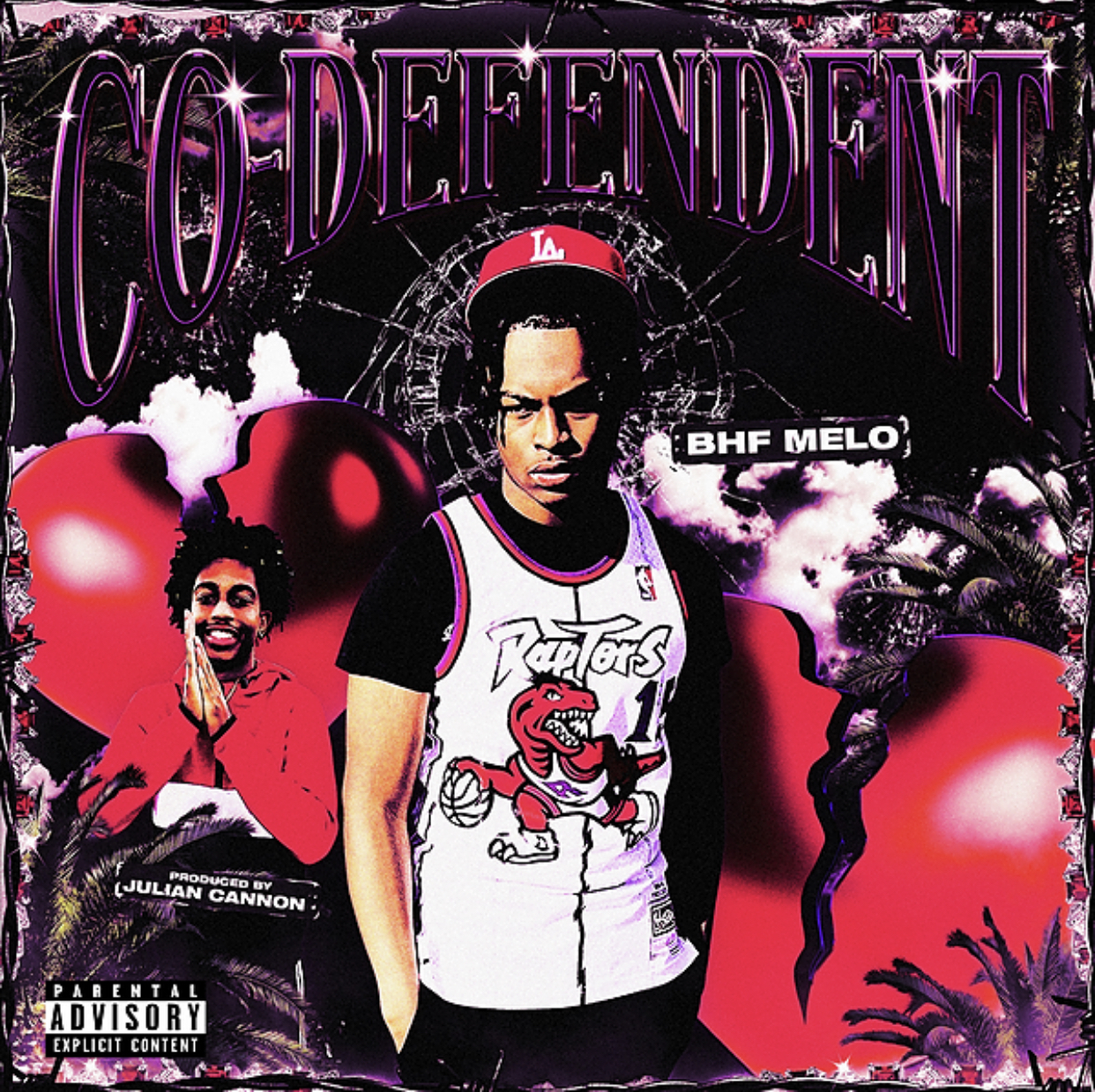 Sacramento, California’s BHF MELO uses his versatile and unique rap style to speak genuinely to his audience by presenting real life, relatable and motivational lyrics that tell the story of his life. He grew up in a musical family, following his mom’s lead and participating in the church choir at a young age. And, though he was born with musical talent, it was only recently that his hobby became a passion.

That passion has driven MELO – born Trent Cannon – to vigorously create, ultimately leading to his first album “Co-Defendant” which is now available on all streaming platforms. He chose this title because it helps explain the unbreakable bond that he shares with his brother, Julian Cannon, who produced the album.

“It’s us against the world, and the world is the jury,” explained Cannon.

Julian – who has produced and worked with countless west-coast industry players and is currently working with producer/manager DaveO – believes that his brother will derive his success in large part because of his authenticity, something that manifests itself due to MELO using his music as personal therapy sessions. “I am other people’s emotional support in my everyday life,” MELO said. “So, I tend to carry the burden of everyone’s stress and pain.”

But, BHF MELO also believes that he has transformed that burden into something positive as he, “…forms a story that [his] audience can understand.”

This relatability and his gratitude for his blessings are something so true to MELO’s spirit that he derived his stage name from the phrases “Blessed and Highly Favored” (BHF) and “My Experiences Lift Obstacles” (MELO). And when it comes to lifting obstacles, this 22-year-old is just getting started.

As MELO continues to progress and make new music, he wants to experiment with different styles and genres, allowing himself to venture outside of his comfort zone. And because BHF MELO’s first album “Co-Defendant” is a strong indication of the greatness that this young man has in store, audiences will be relating to his music for a long time.