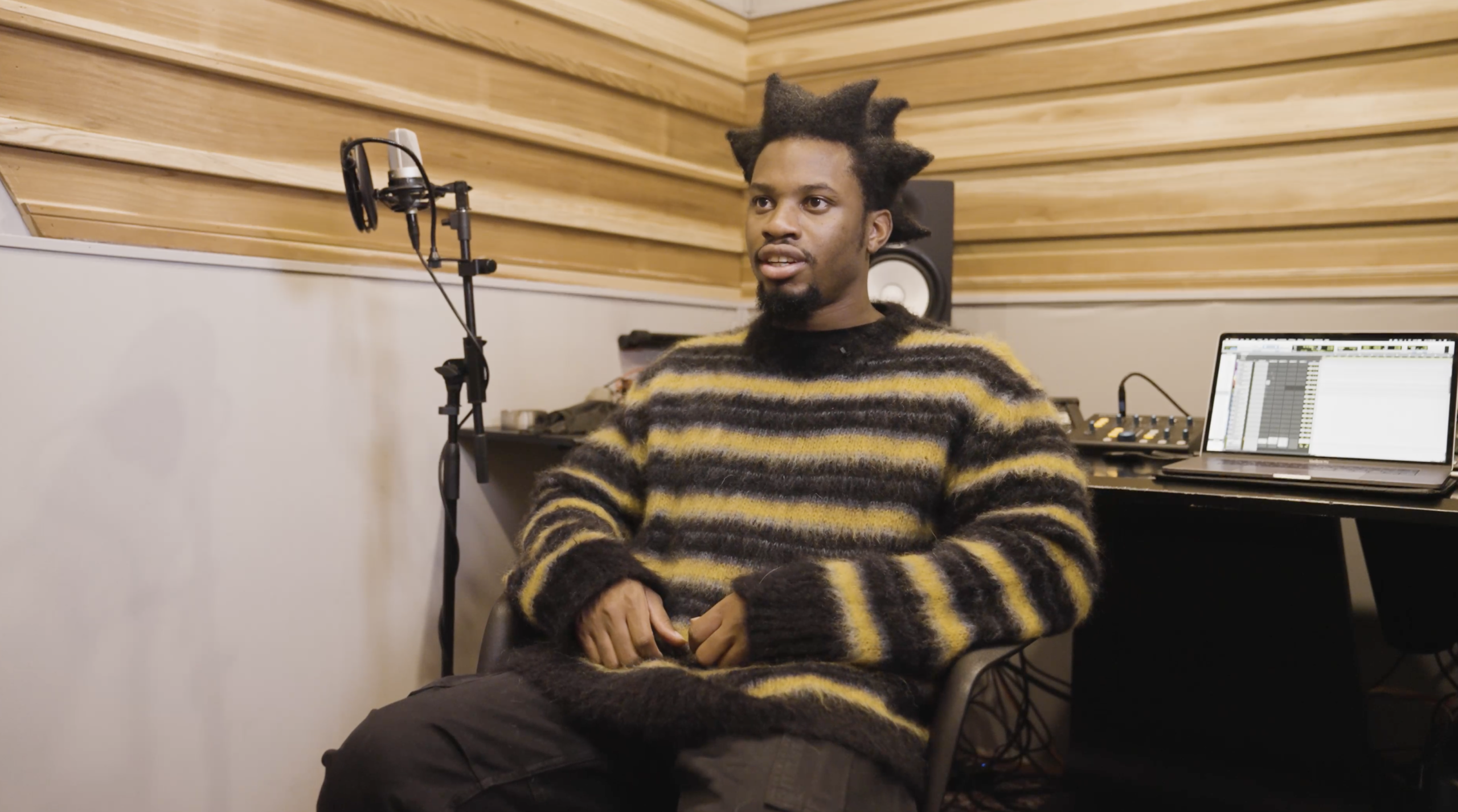 Denzel Curry wants to make you a fan of his feelings.

In fact, at present he considers it his mission. In his own words “My whole thing is to make everybody feel where I’m coming from, It’s just to make them feel, period.”. The platinum recording artist drops his newest album “Melt My Eyez See Your Future” an entire year after his last release “Unlocked 1.5” with Kenny Beats, and 3 years after his last studio album, “Zuu”.

We took the opportunity to talk about the new album, the creative process surrounding it, and what’s next for Denzel Curry.

The entire album is an chronicled exploration of Denzel’s own emotions over the last two years. “During 2020 we were all cased up in the house… so basically the whole thing is my journey throughout 2020 and 2021, stuff I was seeing outside, and things that I was experiencing within myself.” says Curry.

Q: What kind of themes do you explore on the album?

A: Well just a bunch of my emotions, pretty much everything that I was feeling, because journeys are nonlinear… When it comes down to the music on this album it’s basically all my emotions, so that’s what your gonna get from this album.

If people don’t feel it, then they not gonna f**k with it. I had to feel it myself in order for other people to f**k with it, you hear what I’m saying? Because if I’m just saying a bunch of words people are gonna be like “Turn this s**t off, I aint trying to listen to this.”

I always thought it was about the words then the feelings, but it’s not like that. Music is always about feelings, it’s a vibration. You have to feel it first in order to mess with it, once you mess with it then you can hear the message. So I had to really flip my brain and be like okay; feel the emotions first, then they will get it.

When asked about what songs on the project he found himself listening to, Denzel cites the albums intro “Melt Session #1” as the answer. “Melt Session #1 is the standout” he says, “but, in a way that I can show my flaws and show who I am as a person.”. Looking to connect to audiences’ emotions in new ways, Denzel Curry taps into new emotions previously untouched in his art.

Q: In terms of the range of feelings that are expressed on this new album, are there any particular feelings you are intent on expressing?

A: Throughout the majority of my projects mainly on “Imperial” and “Ta13oo” you experience… something, but the majority of the time it was either depression or anger. Through going to therapy and stuff like that, they tell me that behind anger is sadness, that’s the underlying thing. So when I was making that stuff I was dealing with things I had never dealt with before. On this one I’m dealing with all my emotions; joy, sadness, happiness, anger, I’m dealing with everything. That’s what makes it so introspective. I really took my time with this.

Denzel has undergone much growth both as an individual and as an artist. The rapper has always put concentrated effort into his craft, but claims “Melt My Eyez See Your Future” transcends his previous efforts. Baring his soul on his most emotionally intelligent project yet, Curry invites listeners to join him on an escapade through his own feelings, and to hear his message along the way.

The Florida born rap star continues to elaborate on his desire to connect with his audience. “People are not gonna listen to my music if it doesn’t have something they can attach to.” says Curry.

“I was never into trying to be a mainstream artist, because I felt the s**t they were making was generic. I still feel that way, but the difference is I can learn from it, I listen to it. Majority of the time, the beats are fire, the lyrics are whatever, and people will call it the best s**t they ever heard, because people get it. I’m not saying people are stupid or anything like that, they just understand it. That’s what I needed to understand, as an artist I need to constantly evolve and understand that not everyone is going to understand my s**t, so I needed to put it in a way that they can understand it.”

Q: The album is dropping/now out. What can your fans expect out of you for the rest of the year?

I got festivals coming up, I got shows coming up, my own tours, going overseas doing tours and everything. I’m just trying to do my best to give the people the craziest Denzel album, Denzel shows, and Denzel videos. That’s my point. I’m tryna push this thing.

Feeling Denzel Curry yet? Check out his newest studio album “Melt My Eyez See Your Future” Out Now!