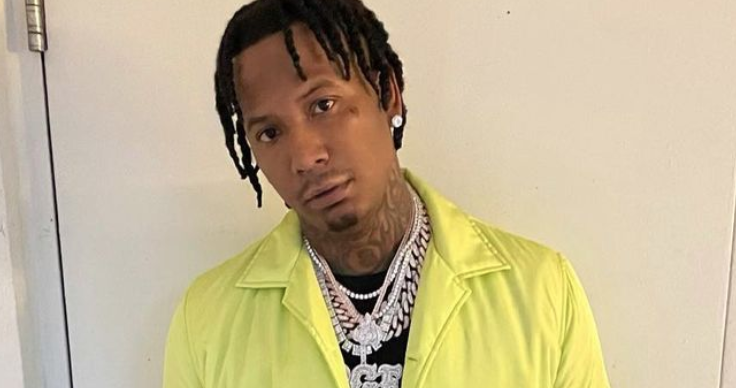 Memphis-bred Collective Music Group (CMG)/Nless Entertainment artist Moneybagg Yo is getting the gang together and ready to hit the road for his nationwide tour in support of his Billboard Chart-topping album.

In an Instagram post on Sunday (September 26), Moneybagg Yo announced his upcoming 19-date A Gansta’s Pain tour, which will kick off in North Carolina on September 30th, with special guests Big30, Black Zacc and more.

It seems Moneybagg Yo has imbued a new and much more flex-heavy energy into Joseline’s breakout “Do It Like It’s Your Bday” hit single with the announcement of the tour on the heels of his 30th birthday celebration extravaganza.

Considering Moneybagg Yoo started his “Bagg Day” off in the spirit of giving, gifting his fans the “Wockesha (Remix)” featuring Lil Wayne and Ashanti, it’s only right he got showered with lavish presents.

Easily taking the cake for one of the best presents ever, the $1.5 million cash gift Yo Gotti, and the founder of Nless Entertainment gave him in a brand new Louis Vuitton duffle bag was the first thing to catch him off guard.

As if becoming a million-or-so dollars richer wasn’t enough, Moneybagg Yo also added a spawling plot of land to his real estate portfolio in the midst of his “Bagg Day” festivities as well.

In an Instagram post on Wednesday (September 22), the “Shottas” rapper’s girlfriend Ari Fletcher unveiled her colossal gift of 28.8 acres of lush land in his home state of Tennessee.

“What do you buy someone that has it all,” she wrote. “The gift that keeps on giving. I’ve bought you a lifetime of income, literally. Generational wealth! 28.8 acres BABY! I love you. Happy birthday @moneybaggyo The deed is yours.”

In a post of his own, Moneybagg expressed his gratitude to Ari, confessing that he had no idea she had plans to give him over 27-football fields worth of land for his 30th birthday at all.

“Not Gone Lie @therealkylesister I Ain’t Expect No Gift Like This , 28.8 Acres!! 27 Football Fields Worth Of Land! U Gave It Fasho!! I Love U Time To Start Building And Make More Millions !!! #NewLevels #BaggDay,” he wrote.

It appears not everyone was as impressed with Monneybagg Yo’s gifts as he was, as New York rapper Dream Doll chimed in with her own hot take on gifting acres of land to your significant other for their birthday.

According to a post from SayCheeseTV, Dream Doll indirectly criticized Ari’s gift to Moneybagg Yo by throwing shade on men at large, claiming dudes have no place expecting land as a gift when they can’t take care of their own responsibilities.

“Y’all niggas ain’t going to be asking for land…Y’all can barely pay the rent…talking about some land,” Dreamdoll wrote.

No matter the case, Moneybagg Yo is certainly riding high into his 30th birthday after putting forth a banner effort in 2021.

Highlighted by the release of his A Gangsta’s Pain album, which became his first project topped the Billboard 200 albums chart at the No. 1 spot back in April, Moneybagg Yoo also earned his third straight Urban Radio Airplay No. 1 off the strength of his “Wockesha” record.

“More Wins For Da Set @ceobig30 Pop Yo Shit Nigga U #13 On @billboard Wit Yo First Tape On Da Warm Up Side ! Keep Givin To Dem People @breadgangthebrand #Nless,” Moneybagg Yo wrote on IG.