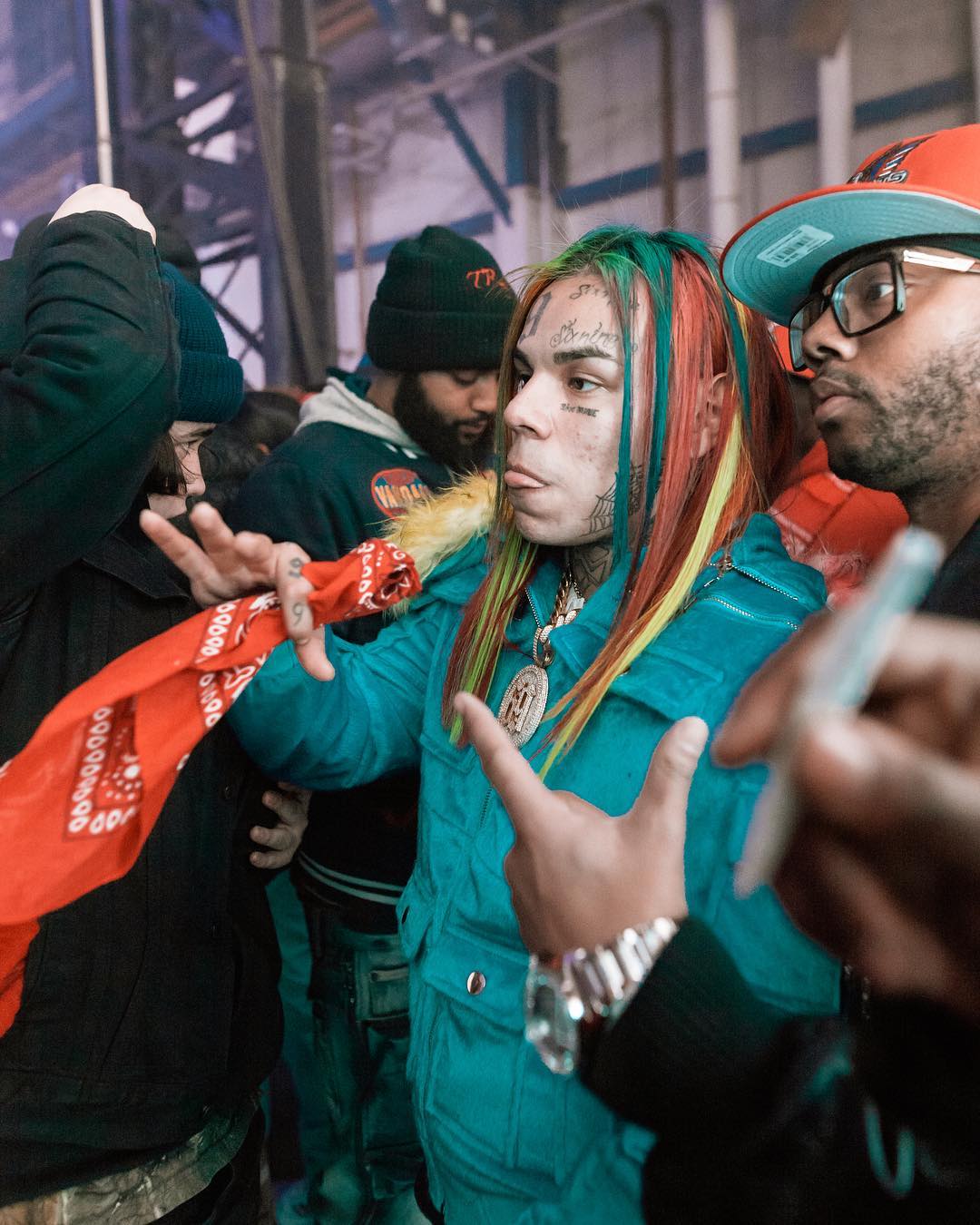 Rapper 6ix9ine aka Daniel Hernandez was arrested in November of 2018 on a federal racketeering and firearm charges that carried a max sentence of life in prison. Hernandez, who made the Billboard top-five single “Gummo” in 2017, appeared to have a grim looking future as his legal history supported a possible devastating sentence. According to the Huffington Post, he pled guilty to a 2015 sex crime involving a child and was arrested twice in 2018 for attacking a 16-year-old and assaulting a police officer.

That led 6ix9ine to cooperate with federal investigators in order to save himself, something that caused his street cred and reputation to take a serious hit as many considered him a rat and a snitch. Therefore, Hernandez has been lying low, most likely an attempt to let the controversy dissipate and blow over.

Apparently that strategy did not work out all that well for the rapper and self-proclaimed gang member when he showed up at the T-Mobile Arena in Las Vegas on Saturday (Sept 25) to attend UFC 266, according to HipHopDX. Upon entering, many in the crowd taunted Hernandez, calling him a “punk boy,” “pu**y ni**a,” and a “b*tch.” One man even threw a drink at 6ix9ine, causing the rapper to retaliate in the same manner. HipHopDX reports that Hernandez threw a drink back at the man, causing the man to scream, “I’ll beat the sh*t out of you punk boy! B*tch! You a straight ho 6ix9ine! You a straight ho!”

Hernandez was then pulled away quickly by his security detail.