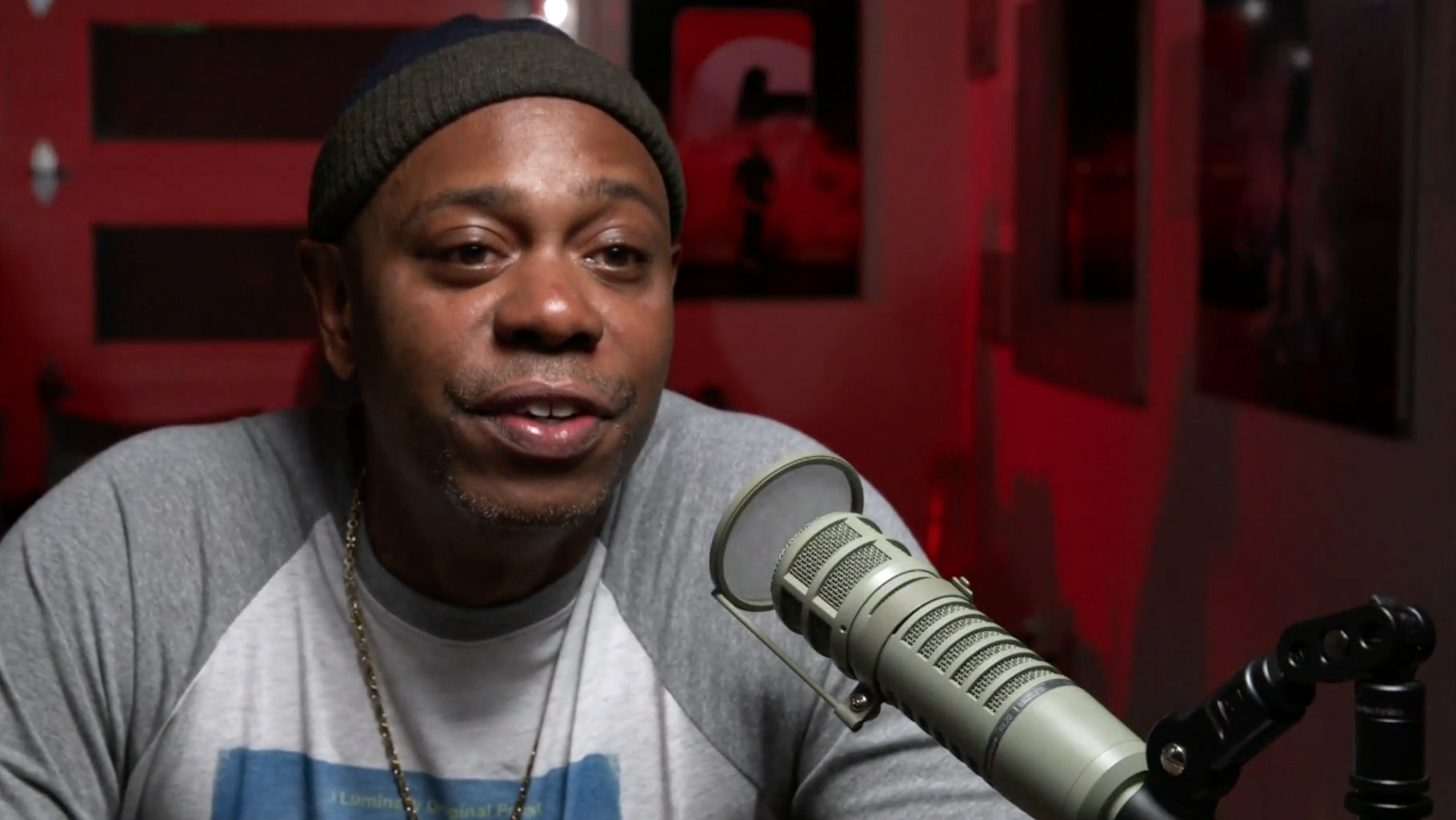 Dave Chappelle is on another level in his sixth and final stand-up comedy special for Netflix.

Of the numerous current events and public figures Dave dissects throughout his hour-long set, recently disgraced multi-platinum rapper DaBaby and his on-stage Rolling Loud scandal get a dynamic commentary from The Chappelle Show creator.

A Twitter user posted a clip of the beginning of Dave’s monologue where he seemingly barters with the LGBTQ community on behalf of DaBaby for the reprise of his career.

“And I want every member of that community to know that I come here tonight in peace,” Dave started off in the video.

“And I hope to negotiate the release of DaBaby. Sad, sad, sad, sad story. DaBaby was the No. 1 streaming artist until a couple of weeks ago. He took the nastiest spill on stage and said some uhh, wild stuff about the LGBTQ community during a concert in Florida. Now you know even I go hard in the paint but when I heard that shit I was like, ‘God Damn DaBaby,’ oooh he pushed the button didn’t he? He punched the LGBTQ community right in the aids.”

While it appears from the footage the bit was well-received, it’s also a paper trail stamp uncovering Dave Chappelle’s efforts to help ease the strain of DaBaby’s public persecution, which has included multiple festival cancellation and public condemnations.

During a recent surprise appearance at a stand-up show in Charlotte, Dave championed DaBaby by playing his verse on Kanye’s DONDA track “Jail” and sharing a few choice words encouraging his comeback.

“Man shout out to DaBaby make some noise watch us learn watch us grow watch us take our lumps watch us push this culture forward yes sir yes sir,” he said just before the final curtain call.

In another clip obtained by TMZ, Dave alludes to the fact that the fallout from DaBaby’s disparaging remarks of the LGBTQ community was more severe than when he made headlines in 2018 upon fatally shooting a man inside of a North Carolina Walmart after an attempted robbery. Dave also explores the root of the outrage with DaBaby’s actions as the situation played out and even poses the question of whether or not gay people can be racist throughout the entire special.

Watch another portion of the aforementioned clip here on TMZ.