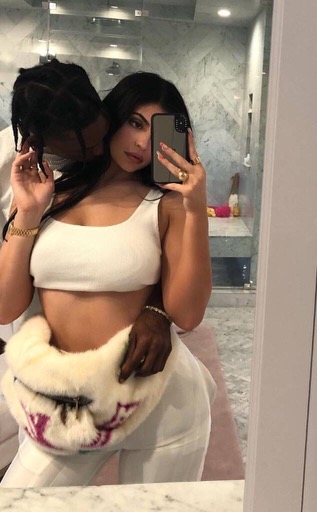 Kylie Jenner took to Instagram Tuesday (September 7) with a 90-second video clip that confirmed what multiple sources last month reported: Kylie and Travis Scott are having a second child together. The video (below) begins with a soothing piano backing track and the image of a positive pregnancy test before capturing Scott proudly embracing Kylie’s stomach.

The video then cuts to the family boarding a vehicle of which Kylie appears to be driving. Travis sits in the front passenger seat and Stormi, the couple’s first child, sits in a rear car seat. Kylie says to Stormi, “Are you ready to go to Mommy’s doctor?” to which Stormi replies with a smile, “Yeah.”

The video continues inside of the OB appointment where the doctor informs Kylie that she is days away from hearing the heartbeat, to which she excitedly reacts. Then Kris Jenner, Kylie’s mother, is seen opening an envelope containing ultrasound photos. She says, “Wait a second…are you pregnant? Stormi, we’re going to have a baby! This is one of the happiest days of my life!”

Later, after a montage that includes profiles of Kylie’s stomach, congratulatory flowers and a candle-covered cake is a scene from a separate OB visit in which the fetus’s heartbeat is audible. The video ends with Stormi celebrating and embracing her future sibling inside of Kylie’s tummy.