Tyler, The Creator Says Andre 3000, JAY-Z Bars Made Him Seek DJ Drama To Host His Album 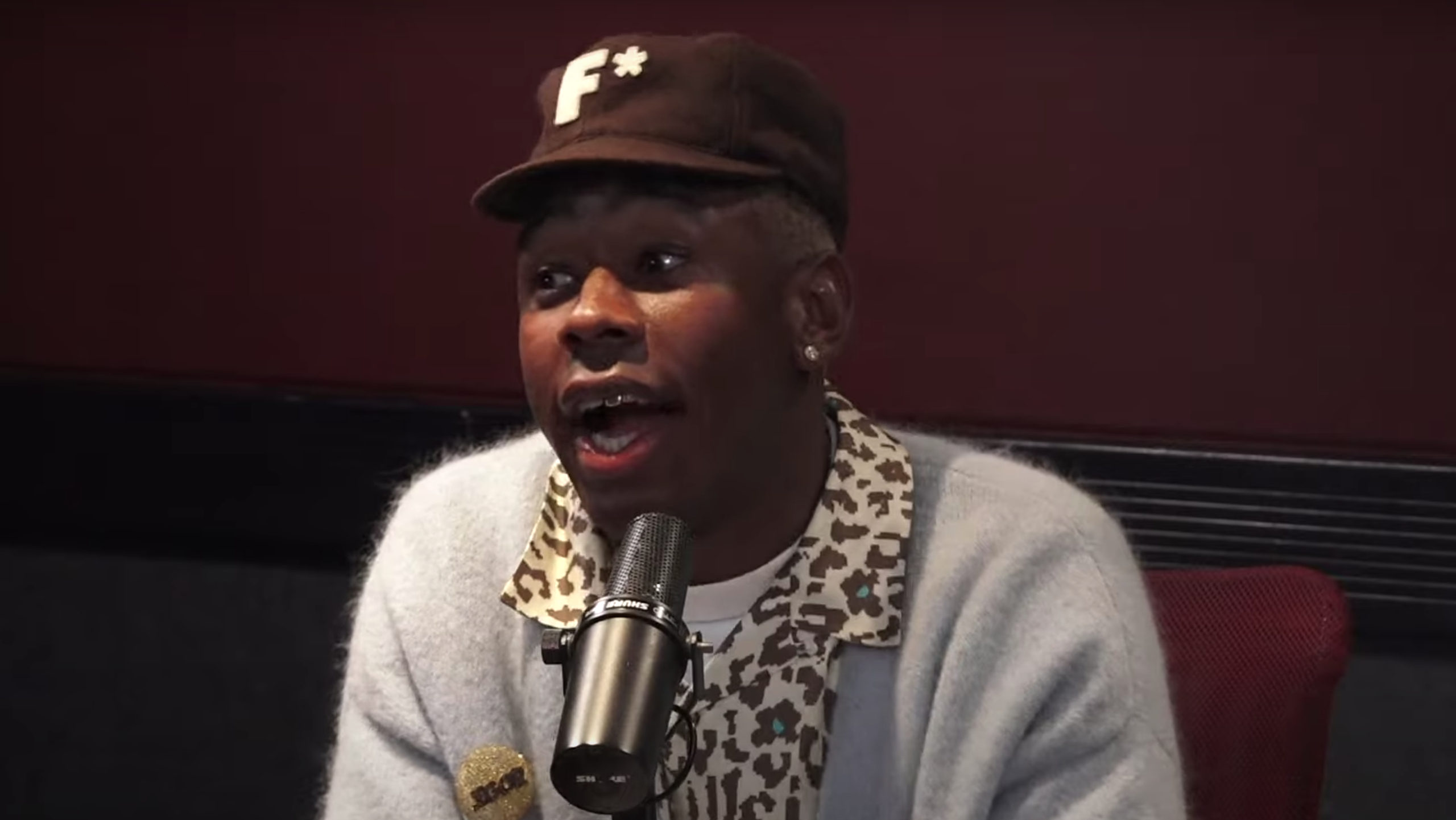 Within the realm of Hip Hop, Tyler, The Creator has become the poster child for rap renaissance man of the year following the genius and unique rollout of his Billboard 200 Albums Chart-topping Call Me If You Get Lost (CMIYGL) project.

During his recent appearance on Hot 97’s Ebro In The Morning Show, Tyler, The Creator discussed many of his sources of inspiration and ideologies he’d developed while working on the album.

In his response to Ebro Darden and Peter Rosenberg’s ques into the rationale behind his decision to have mixtape legend and label executive DJ Drama to host CMIFGL, Tyler, The Creator explained how he’s actually loving how off-put his listeners were by the move.

“It’s sick watching a section of people question something when everything around them they know, they have a reference point of and it’s derivative of the last thing that they heard,” he started off. “So you know having some 17-year-old kid from Montana not know why this man [DJ Drama] is yelling allows them to listen to it differently because it’s like, oh that’s a whole that’s a totally different way of processing it than we are.”

“Because we know why Drama’s there,” Tyler continued.

“But the biggest nuance for you guys is also it’s DJ Drama with me on an album, not a mixtape. So for everyone it gives them like a, ‘Oh what is this?,’ And I think I like that everything right now, and overall I think everything is just like a, ‘Oh we’ve heard a version of this and I’m not implying I’m reinventing the wheel or anything, but dude everything from a lot of movies and music everything just feels like, ‘Oh that was the last thing.’ So I’m happy I could put out something where someone, at least for one second is like ‘Oh what the fuck,’”

Tyler also went on to expose his extensive knowledge of the genre as a whole and revealed he was inspired by artists such as Outkast rapper Andre 3000 and RocNation head honcho JAY-Z in part, when finalizing his plans to join forces with Drama

“One, I like, I grew up listening to that so that’s so ingrained in how I approach rap music, how I approach the genre, how I approach my skill set,” Tyler started off. “Like in 2006 I was 14, turning 15-years-old, so from all of the Lil Wayne’s all the Young Dro’s and all the Pharrell mixtapes. ll the, ‘We Got It For Cheaps,’ all the ‘Fahrenheits’ that Lupe was putting out, all those after JAY-Z retired around the ‘Kingdom Come’ time. All of his [JAY-Z] feature runs, all of the Andre 3000 feature runs. The idea of approaching rap music like that is so ingrained in how I approach it that the DJ Drama thing wasn’t like out of the blue or anything like that, it’s how we approached the early Odd Future stuff. I wanted a Gangster Grillz mixtape since I can remember but it just wasn’t time. I just didn’t have this big ass ring and wasn’t talking about boats and shit yet. “

The “Lumberjack” rapper also detailed how he felt compelled to “Rap” again after releasing his Grammy Award-Winning Igor album and recanted the hilarious way he hit up DJ Drama to get to work on the CMIYGL.