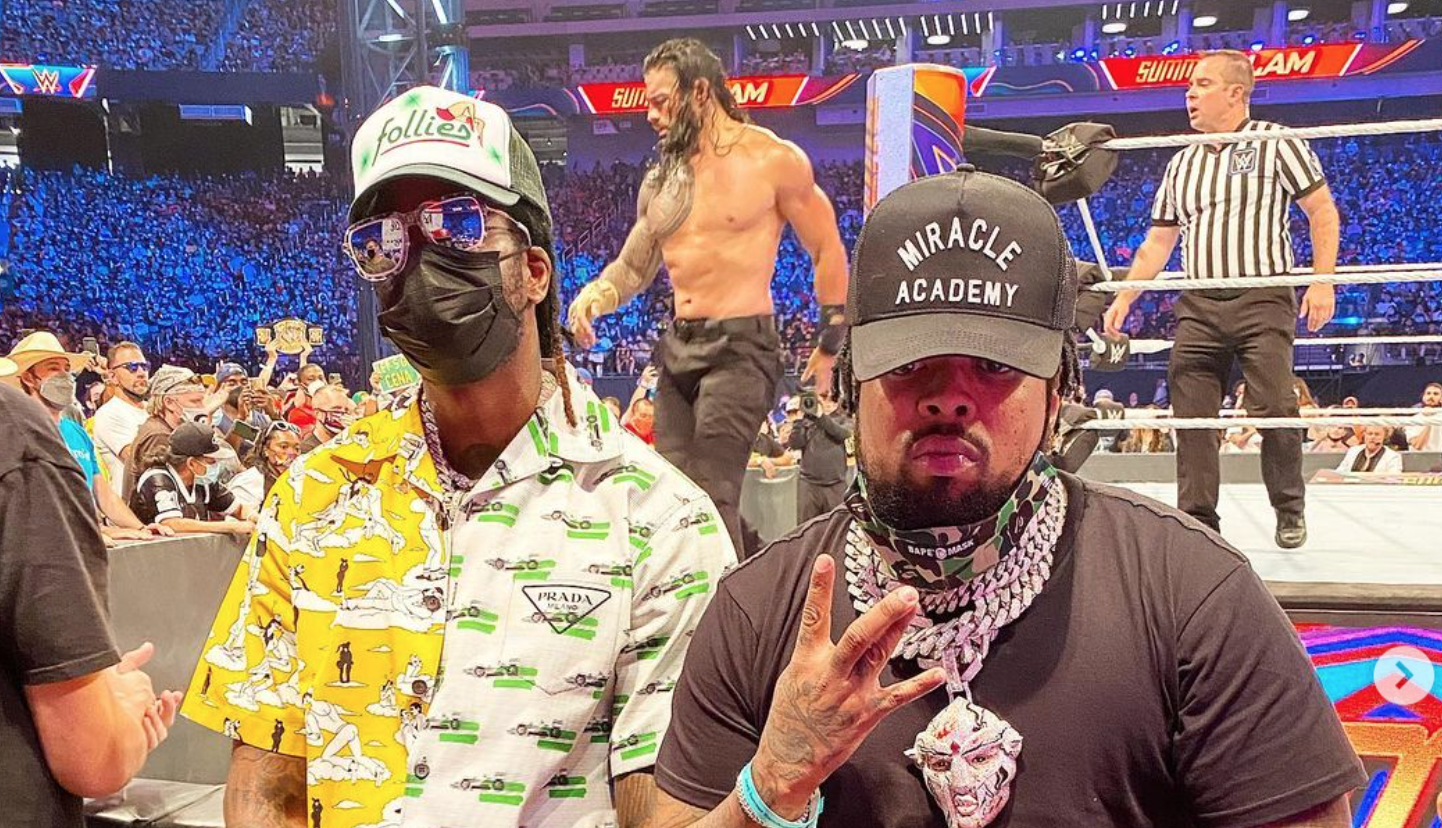 The WWE network fan herd at large added another Hip Hop heavyweight to their undying legion of wrestling stans following a star-studded 2021 SummerSlam event this past weekend.

As thousands flocked to Las Vegas to take part in the WWE SummerSlam extravaganza at the brand new Allegiant Stadium, Griselda Records lyricist Westside Gunn and Rap Or Go To The League MC 2 Chainz attempted to blend in with fans as they marveled at the highest-grossing SummerSlam to date — which included Brock Lesnar’s comeback, John Cena’s defeat and many more high octane moments.

The FLYGOD commemorated the moment with a series of flicks on Instagram and also revealed he hosted 2 Chainz for his very first WWE appearance, in the process.

“Last Night SummerSlam was fire (multiple fire emoji’s) I had to bring a SouthSide LEGEND with me @2chainz to his first match ever and Ofcourse it was the best seats in the house, @romanreigns with the photobomb  #4thROPE #CULTURE #GXFR #FLYGOD #SUMMERSLAM @_ezmoney40 @camoflaugemonk,” WestsideGunn wrote in the carousel caption.

While it’s unclear how deeply the experience resonated with 2 Chainz, we can only hope there will be some sort of acknowledgment from the Atlanta rap star of the event in the form of a witty double entendre bar or snappy song concept in the near future.

As for WestsideGunn, he has been a part of the interesting convergence between the worlds of Hip Hop, WWE and the professional wrestling circuit, for years — notably delivering his vibey “Wrestlemania” record featuring Silk Sonic vocalist Anderson .Paak in 2018.

Not to mention artists such as underground New York rap juggernaut Smoke DZA, whose collaborative wrestling-themed Ringside EP’s with producer 183rd have soundtracked the peculiar love affair between rap music fans and wrestling fans since as early as 2013.

And of course, Offset had one of the most successful WWE-to-rap crossover tracks in 2018 with his Metro Boomin-produced “Ric Flair Drip” hit single, which served as his first solo multi-platinum release.

In other news, WestsideGunn is preparing to pay it forward yet again after he announced a “Back to school,” giveaway event in his native Buffalo set for this Saturday.

Tap in for details about the event below.