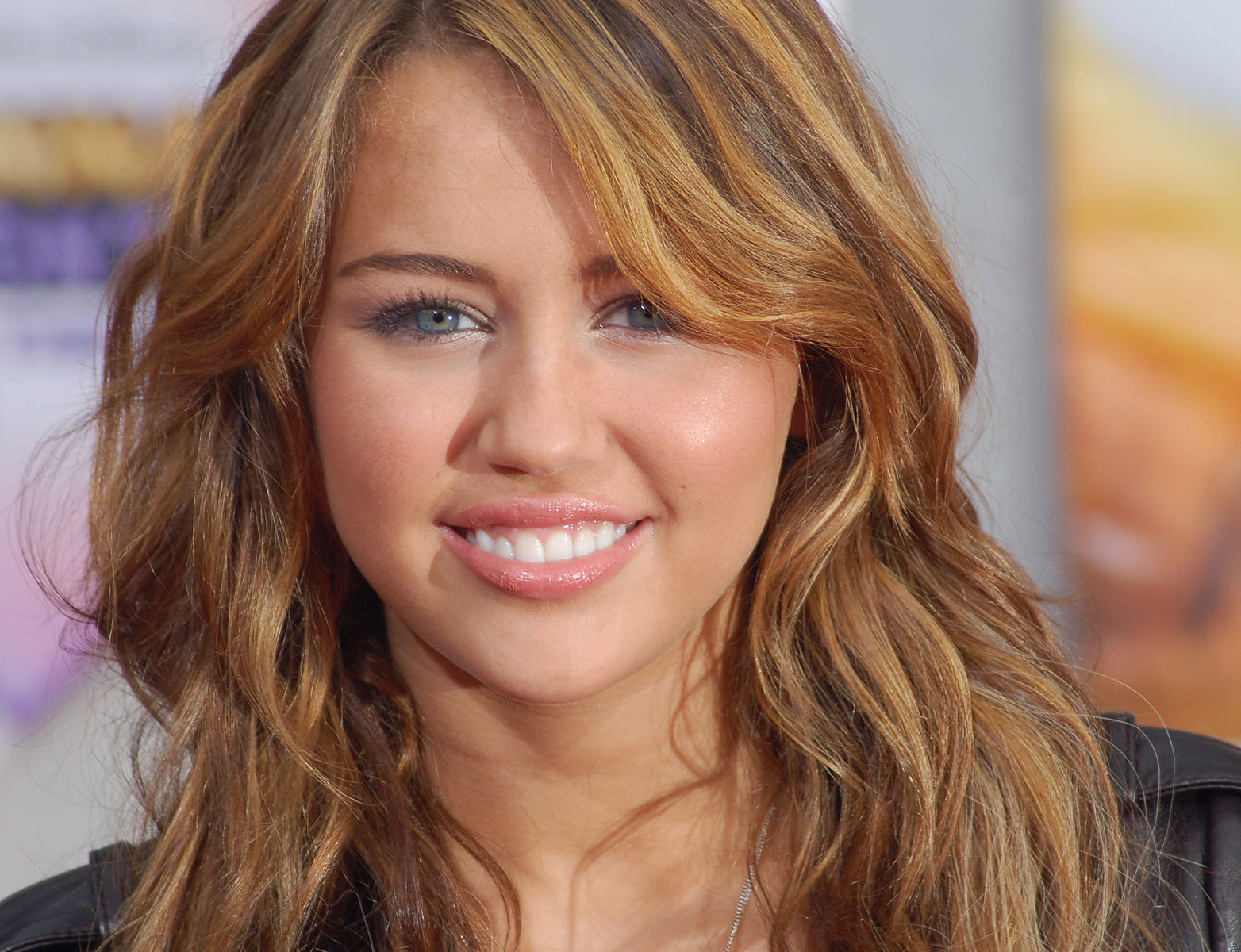 Home » Too Short » How Old Was Miley Cyrus in Hannah Montana?

Hannah Montana was a hit Disney Channel Series from 2006 to 2011. The show starred a then-unknown Miley Cyrus as the lead character “Hannah Montana.” The pop star Hannah Montana was really the alter ego of a normal girl named Miley Stewart who was living a double life. Miley is a Nashville, Tennessee, native whose real name is Destiny Hope Cyrus. She also starred in Hannah Montana: The Movie, based on the hit show. She was only a tween when the first show aired and was sixteen by the time it finished.

Many now know Miley Cyrus as a pop and country music star with a list of hits under her belt as well as a few movies like LOL. Her albums include Meet Miley Cyrus, Breakout, Can’t Be Tamed, Bangerz, Miley Cyrus & Her Dead Petz, and Younger Now featuring hits like Party in the U.S.A. and Wrecking Ball. However, there was a time when it was unclear whether or not Miley Cyrus, the child star would make it out of child stardom “alive.”

The Troubles of Childhood Fame

There seem to be more child stars than you can count who have had serious issues dealing with fame. According to RapTV, there are a variety of reasons to explain this situation. Some have to do with poor parenting, some bad luck, and some other reasons.

While it is easy for those working 9-to-5 jobs to roll their eyes at famous people when they whine or complain about their lives, there are certain situations where even famous people face difficulties. It’s not as if being rich and famous suddenly solves all your problems. For, as the Notorious B.I.G. said, “Mo money, mo problems.”

You don’t necessarily have to buy the claim that money literally makes things more difficult, it simply makes things different. Where a normal kid may be worrying about one set of problems, a child star may have to worry about supporting his or her whole family by continuing to work. Thankfully for Miley Ray Cyrus, this was not the situation she was faced with. Miley’s dad, Billy Ray Cyrus, was a highly successful Country music singer with a string of hits under his belt, and even Miley’s godmother was the legendary country music superstar, Dolly Parton. So Miley had neither financial pressure, not the pressure of being the only one in her family or close group of friends with any kind of fame. This does a lot to explain why Miley handled her Hannah Montana fame so well and did not stumble onto many of the landmines associated with child stardom.

Originally, Miley wanted the part of the best friend “Lilly Truscott” on Hannah Montana — later given to actress Emily Osment. However, Miley made such an impression at the audition that they gave her the lead role at the age of 12. Years later, Miley made it out of the Hannah Montana phase unscathed. Still, if she wanted to grow as an artist and become known as something other than a squeaky-clean child-star, she would have to reinvent herself. Going from being on a popular Disney TV show to a pop star is easier said than done. You might think that starting out from a place of already being famous is a good thing and, perhaps, it is. But the problem is that the American public does not like to know celebrities for more than the narrow box in which they were first introduced. So, as with many child-stars-turned-adult, Miley had to struggle against criticisms of her looks, her behavior, her decisions, and everything else imaginable from countless people in the media and online. This is a perfect example of the kind of scrutiny child stars have to go through, which your average person will never have to experience. Getting judged by countless angry, prudish adults is not exactly a dream position for any teen to be in.

Even so, Miley was bold. She made statement after statement as a solo artist, including a provocative VMA twerking performance with Robin Thicke that really helped cement her position as no longer Hannah Montana. She also released a provocative music video for her song “Wrecking Ball” from her album Bangerz. Mostly, though, Miley was successful in her transition from child star to adult pop and country star because she worked hard and had talent. Miley wrote good songs, performed them well, and grew as an artist—which, ultimately, is the most effective way to have major longevity in the entertainment business.

Miley, much like her godmother and mentor in the music industry, Dolly Parton, has built her career on her songwriting ability. While she was under the Hannah Montana banner, Miley largely sang and performed songs that were written for her, as is the typical Disney way, but that has since changed.

Disney often writes and tightly manages how and what it’s actors and singers perform because the company has a very specific brand. Many child stars have emerged from Disney, and that (plus the money) is why working for the company is seen as a dream job for many young people looking to break into the industry. Working for Disney, however, is not without its headaches. If you work for Disney, you are expected to keep a squeaky-clean social media and never to do anything that might hurt the company’s brand. While this may be a relatively easy undertaking for child stars, it often becomes a problem as celebrities like Miley Cyrus begin to age.

This, in part, explains why Miley had to make such bold moves to break people’s image of her. Having a huge hit like Hannah Montana at such a young age is both a gift and a curse. It is a gift, obviously because it put Miley on the map and made her tons of money. But, as far as her career development goes, it easily could have ended up dooming her to a life of unfulfilling or vapid work. Miley, however, was committed to going for more and, so she started writing and performing her own songs and, soon enough, was onto a whole new level in the music industry. She had graduated from being a teen idol and was now a full-blown musician doing interesting work and reaching a mainstream, adult audience.

Much like the personal lives of most young people, Miley has gone through phases of both positivity and negativity.

Mile’s relationship with her father is both the foundation of her highly successful career as well as an ongoing support system that Miley often returns to. Miley’s dad, Billy Ray Cyrus, has experienced overnight success and being a sex symbol during his own time. He knows what it’s like to have hits and be swarmed by fans and surrounded by opportunities to do both bad and good, and because of all that, he seems to be able to relate to his daughter on a very deep level. This is an impressive accomplishment on both Billy Ray’s and Miley’s part because many fathers have such a dominating relationship over their children. There are very few relationships where fathers and daughters can share with each other openly and honestly. Fortunately for Miley, she seems to be able to do so very easily with her dad Billy Ray.

Miley also has a tight relationship with her mom, Tish Cyrus. In fact, Tish often acts as Miley’s manager and has helped produce Miley in several movies, including The Last Song where Miley met her future husband, Liam Hemsworth. Tish Cyrus appears to be laid back, cool, and has a decent understanding of the industry—all important things if you are not only Miley’s sometimes-manager but also her always-mom.

Miley Cyrus comes from a large family; she has five brothers and sisters. Miley appears to be close with all of them, which makes sense not only because the group is family, but also because the entire Cyrus clan is in creative fields. At least two of Miley’s siblings are professional musicians, and the other to have interesting creative professions. Maybe there was something in the water in the house where Billy Ray and Tish Cyrus raised their children, but one thing is certain: They raised a bunch of future artists and creatives.

Another highly important part of Miley Cyrus’s personal life is Liam Hemsworth. Miley and Liam were married for two years and had a serious relationship for years before that. The marriage ended in divorce earlier this year in January (2020). While it appears both Miley and Liam have moved on, as they have both been seen dating new people, it is not easy to totally move past a ten-year relationship in just a matter of a few months. Miley and Liam clearly had a very meaningful and emotional relationship. Miley is even reported to have written her hit song Malibu about her relationship with Hemsworth. But the dramatic and fiery relationship, as great as they are while they are going on, often end. That is not to be cynical or to suggest that anyone should avoid passionate relationships. But, the fact of the matter is that simply because Miley and Liam’s relationship came to an end does not mean it was a failure. On the contrary, if the two both work to remember the good times, then their former relationship will have been a success.

Now that you know Miley Cyrus was only twelve years old on the first episode of Hannah Montana and had turned sixteen by the end of the last, you can view the show in a different light knowing just how young this girl who seems larger than life really is. Watching Hannah Montana, it’s no wonder Miley went on to so much success. She clearly has what it takes, whatever that is, to have major longevity in the entertainment business.