How Tall Is Miley Cyrus? 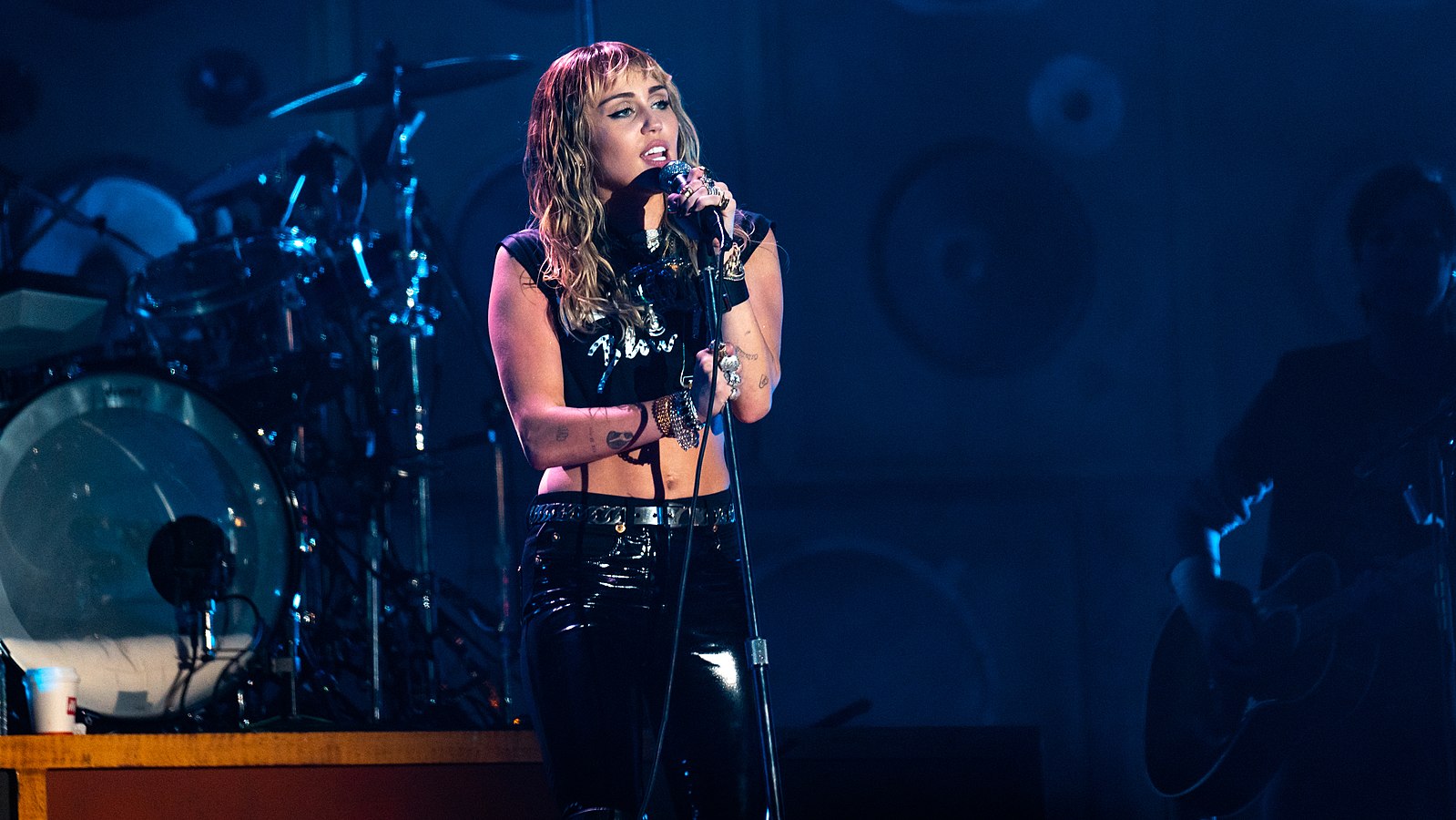 Home » Too Short » How Tall Is Miley Cyrus?

You would think that figuring out how tall someone is or, at least, roughly how tall they are would be easy just by looking at them. After all, you may know how old Miley Cyrus is or that she’s a Sagittarius. But, when it comes to celebrities, height is often a well-kept secret. Actor Tom Cruise, for example, is 5’7”, but in many of his action movies is portrayed as much larger. The problem seems to be less prominent among women actresses. Miley Cyrus, whose birth name is Destiny Hope Cyrus, is about 5’5” and has played a number of parts where her height wasn’t upgraded or downgraded. There are sometimes issues, though, when a shorter male actor is paired with a taller female. In those cases, steps are often taken to make either the woman look shorter and or the male look taller, depending on the situation.

According to RapTV and other sources, the Hollywood obsession with height differences is nothing new, going back at least as far as the 1942 film Casablanca, where actor Humphrey Bogart wore 5-inch lifts in his shoes to ensure he appeared adequately taller than his female co-star Ingrid Berman.

Hollywood is a superficial town, so it’s no wonder that something as arbitrary as how tall a celeb is can have such big implications on how they are treated. One of the interesting things about Hollywood’s treatment of shorter male actors, though, is that some of them do not have initial trouble landing the role of bigger parts, but once they have the parts are put under a web of camera tricks and other stunts to make them appear bigger to the general public. This may look bad on Hollywood or, perhaps, it looks bad on the general American public, because what does it say about the viewing public if they have such a difficult time accepting a masculine performance from someone who is simply a bit shorter than average.

But it’s not just the American public, and it’s not just Hollywood projecting a preference for taller men. It seems to be the fact that taller women prefer taller men. While Miley Cyrus is only a fraction taller than the average woman in the United States (5’4”), she dated and was briefly married to the much taller Liam Hemsworth, who is 6’3” (average height for a man is around 5’9”). Everyone knows that they met and fell in love on the movie set for the Last Song so to simply toss up Miley’s love of Hemsworth to the fact that he is tall seems a bit ridiculous. But, perhaps, his height doesn’t hurt things.

Liam also has a few other things going for him that many women seem to find attractive. Aside from being just flat-out good looking, he’s Australian, a successful actor, and has that whole machismo, devil-may-care attitude going on. All of this seems to go hand-in-hand with the attraction many women seem to have to taller men. Perhaps, it isn’t directly height that matters so much to women but a sense they get of a man’s overall masculinity. But associating masculinity with height may be an old-fashioned, biological hold-over that has overstayed its welcome in the modern world, but there seems to be no denying that it does indeed play some role in how women judge men.

However, not everyone Miley has dated has been tall. Her ex-boyfriend, Nick Jonas, is only 5’6″! At the same time, one of her other ex-boyfriends, Patrick Schwarzenegger, is tall at 5’11”.

Part of the reason Miley Cyrus is a bit taller than average is the fact that her Nashville, Tennessee, native dad is taller than average (6 feet tall), and her mom, Tish, is as well (5’6”). Her sister, Noah Cyrus, is just a tad shorter than Miley at 5’4″. And her brother, Trace Cyrus, is even taller than Billy Ray measuring in at 6’3″. There is substantial evidence showing that height has a strong genetic element. So, in other words, if you have very tall parents, you are likely to be tall yourself. If, on the other hand, you have short parents, you are more likely to be short. Love them or hate them, facts are facts.

Aside from genetics, there are also other aspects that go into how tall a person ends up being. While all of these factors are not known, it is believed that nutrition plays a role as well as other actions like physical activity. There are other negative actions, which are believed to possibly stunt people’s growth. These can include things like doing heavy squat exercises at a young age. The reason squats may have an impact on the height of young people is that, when you are young, the vertebra in your back is still growing, and squatting pushes these bones together in an unnatural way that can lead to you possibly being shorter than you would have been otherwise. These claims are largely unverified but seem to have a fair amount of antidotal support.

The height of women seems to play a far smaller role in sexual attraction than the quality seems to do in reverse. For example, there are many women who would say they may have trouble dating a man who is shorter than them. But, for men, height is something that rarely ever comes up—except in cases where the woman is significantly taller.

It is true that some men appear to be intimidated by much taller women. This or feelings of inadequacy may explain why, for example, women over 5’7” statistically have more trouble finding a partner than shorter women. Another problem women face is that men often judge them exclusively on their physical appearance. And, if not exclusively, few would argue that men do not at least judge women MORE on physical appearance than the other way around. This seems to fly directly in the face of the old knock that women are more materialistic or superficial than men—how can that be true if men judge women on their appearance more than women do men. Whereas short men can overcome their “shortcomings” by being successful or confident or displaying other qualities that effectively replace the masculinity that some women associate with height, it is, on the other hand, very difficult for tall women to overcome being tall, as regardless of her success or personality, many men will simply not want to date her. Although this is an unfortunate truth, it is nothing for tall women to get down about. Frankly, it’s a good way to sort out insecure men. If you are a tall woman and are interested in a man who will not reciprocate your feelings because he thinks you are too tall for him—well then, you are dealing with an insecure man! Toss him aside and move onto someone who is more your speed. The same goes for short men: If you have loads going for you but are shorter than a woman you are interested in and she turns you down simply because of your height, just move on! Yes, that may be easier said than done. But still, you must realize that there is nothing you can do about it, and you should consider it a silver lining that your lack of height alarmed you to the fact that the woman you were interested in was a superficial person.

When it comes to Miley Cyrus height, she is in a very desirable range for a woman. Her fellow Disney Channel star friend Selena Gomez is also 5’5″ and Demi Lovato is 5’3″. In turn, the pop star’s godmother, country singer Dolly Parton, is only 5’0″! However, it turns out that when Miley first auditioned for the role of Miley Stewart on Hannah Montana, the creators of the show were reluctant to cast someone as young and short as she was. Apparently, they pictured someone a bit older and a bit taller for the television series. Thankfully, and probably because of Miley’s father, the creators agreed to let the little girl audition. They were glad they did because Miley went into the audition and blew everyone away. Next thing you know, Billy Ray Cyrus was flying the whole Cyrus clan out to California to support Miley as she began her meteoric rise on the Disney Channel TV show. Even starring in her own movie, Hannah Montana: The Movie. She has also produced several successful studio albums as a singer and a songwriter including Meet Miley Cyrus, Breakout, Can’t Be Tamed, Bangerz, Dead Petz, and Younger Now with hits like Party in the U.S.A., We Can’t Stop, and Wrecking Ball. The teen idol has also appeared on The Voice as a mentor, performed at the MTV VMA’s, and starred in the movies LOL and So Undercover. She has an impressive net worth of $160 million. Affectionately known as “Smiley,” this story just goes to show anyone dealing with body measurement issues is not something you should let rule your life. There are plenty of people who have physical dissatisfaction with their lives. They can rise above their problems, and with a little spunk and can-do attitude, so can you!

There you have it; Malibu-based singer Miley Ray Cyrus is 5’5”. You have also learned about how women perceive men who are shorter than them and the fact that, if you are a shorter man, you have nothing to worry about. Why? Because if we accept the claim that height-preferences are biological leftovers from an older, more primitive time, shorter men can simply work on the underlying reasons why women care about height. It’s not that height in-particular matter. It’s that the sense of power matters. Women, at some level, want to feel the man they are with is powerful and can take care of himself. If a short man is in shape, carries himself well, has skills, a good job, and is confident, his “shortness” will no longer be a factor in the eyes of most women. There are, of course, certain exceptions. But these women should not be stressed over because everyone has their type. Certainly, there are certain qualities that you do not find attractive, which, if a woman had them, you would lose interest in her. The same is true of women.