What Happened To Lauryn Hill? 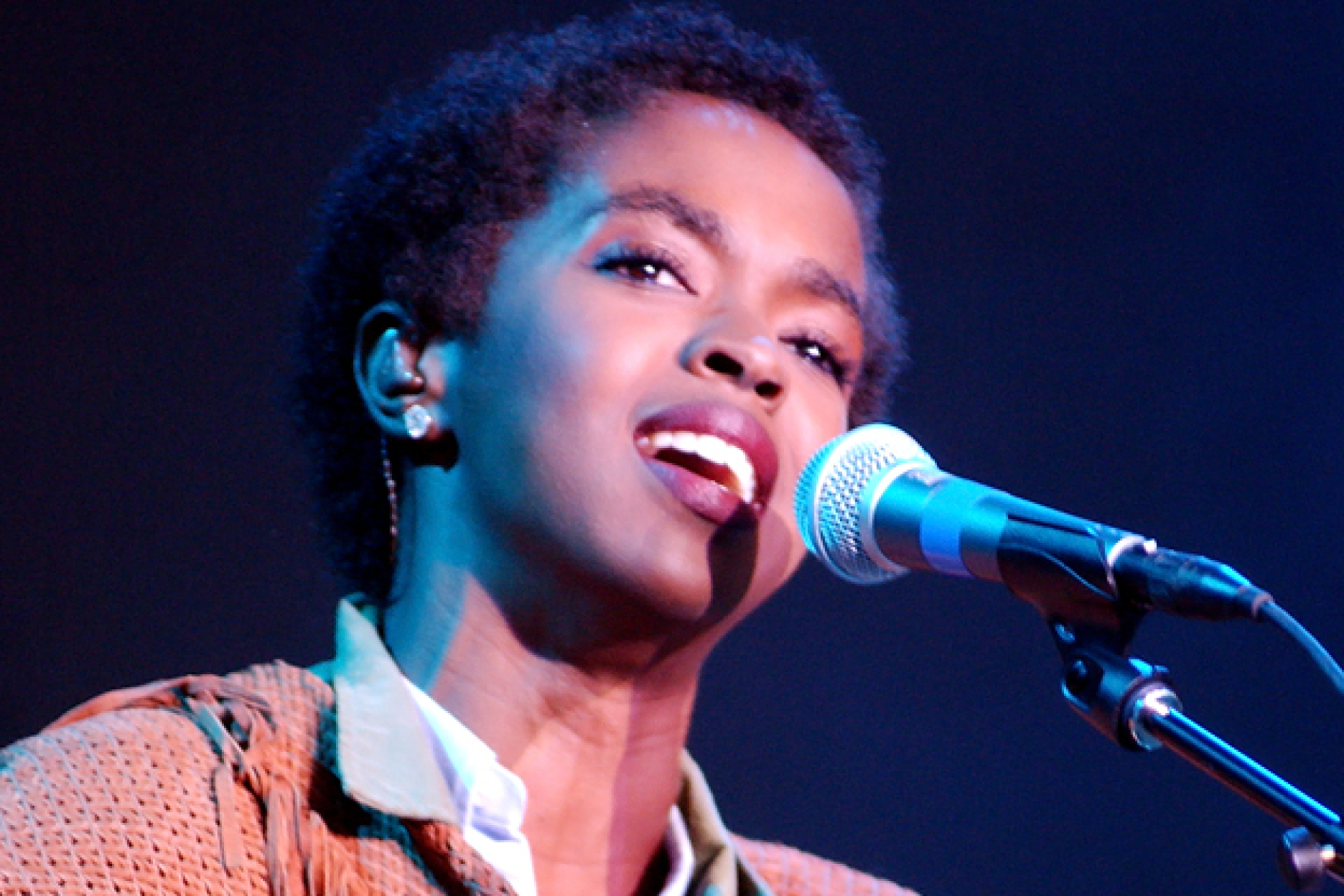 Home » Q and A » What Happened To Lauryn Hill?

Singer, songwriter, rapper, actress, and producer Lauryn Hill is an undeniable star who rocketed to the forefront of the music industry in the ‘90s with Fugees and later, an award-winning solo album.

Regarded as a genius and incredible talent, Hill has influenced many other musicians with her incredible work. However, once the new millennium hit, it seemed that this pioneer in Neo-soul, hip hop, and female rap disappeared off the face of the Earth. Read on to find out what exactly happened to Hill, as well as what she’s doing now.

Growing Up With Music

Hill was born on May 26, 1975, in East Orange, New Jersey, later relocating to New York and then Newark before settling as a family in South Orange. Her father, Mal, was a computer consultant, and her mother, Valerie, was a teacher. The two raised Hill and her older brother, Malaney, in a Baptist and music-loving household, where they all soaked in countless records as well as Valerie’s own piano playing and Mal’s singing.

Hill also sang at school growing up, and as a student, was extremely involved in both the arts and sports. In high school (Maplewood, New Jersey’s Columbia High School, where she was a classmate of the actor Zach Braff), Hill took dance classes, violin lessons, and even started up a school gospel choir, all the while participating in track and cheerleading.

She was extremely driven to succeed in everything she set her mind to, which led to her success both in the aforementioned extracurriculars as well as in the classroom, where she was a generally high-achieving student in many advanced placement level classes.

It was in high school, while working hard at improving and excelling in multiple areas, that she first laid the groundwork for what would become one of the defining parts of her musical career.

Getting Into The Business

As a freshman in high school at the age of 13, Hill met Prakazrel “Pras” Michel, who wanted her to be a part of a musical group he was creating alongside himself and his cousin, Wyclef Jean. The three became an R&B, soul, and hip hop band that called themselves the Tranzlator Crew and eventually redefined themselves as the group now known as Fugees. With them, Hill taught herself to rap in a style that was all her own, and they performed in local gigs around South Orange.

While Hill was working with the Tranzlator Crew, she was also getting into acting. While still a sophomore in high school she got a role as Kira Johnson in the soap opera As the World Turns, and then acted and sang alongside Whoopi Goldberg as Rita Louise Watson in Sister Act II: Back in the Habit in 1993 when she was still just a senior in high school.

After all of this success, one would think that a one-of-a-kind talent like Hill went straight to Hollywood, but in fact, after graduating high school in 1993, she enrolled in the prestigious New York City Ivy League, Columbia University. She was considering majoring in history and studying humanities there for about a year before she left school to dedicate herself to pursuing a career in music.

Just one year after entering Columbia, Hill released her first studio album, Blunted on Reality, with the Fugees. While it peaked at #62 on the Billboard Top R&B/Hip-Hop Album chart, it neither sold well nor received great reviews. Luckily, the group persisted and had much greater success with their sophomore album, The Score in 1996, which peaked at #1 on the Billboard 200, won them two Grammy Awards, and featured their biggest hit single to-date, “Killing Me Softly.”

After The Score’s huge success, Hill shot even further into fame. Amid reported tension and just being on different wavelengths and wanting different things as a group, the Fugees stopped making new music. Instead, the members floated apart to pursue their own solo careers. With Fugees fans asking for solo work from Hill ever since their first album’s release, it was only a matter of time before she made a splash in the music scene as a solo artist.

On August 25, 1998, Hill released her first and only solo studio album, The Miseducation of Lauryn Hill. Her album was an instant success, receiving rave reviews, sitting at #1 on the Billboard 200 for four weeks, earning her nominations in 10 different categories at the 1999 Grammy Awards (five of which she won), and featuring the talents of Mary J. Blige, Carlos Santana, John Legend, and more.

In the height of her fame following her album’s release, Hill was sued in 1998 by her own record label, New Ark, who claimed that the singer did not credit them properly for their work. While the issue was settled outside of court a few years later, it certainly brought only even more attention to Hill and added to the stress of already trying to balance producing, touring, making public appearances, and being a mother.

In 1996 while still with the Fugees, Hill met Rohan Marley, the son of famous reggae musician Bob Marley, and began a relationship with him. The couple had five children together, born from 1997 to 2008, before going their separate ways. Since the breakup, Hill had another child in 2011 with a father who is unknown, as the singer seems to want to keep it out of the public eye.

Eventually, the combination of such high demands and pressures in both her professional and personal life made Hill come to a tough decision, one that would make many fans and music lovers question what happened to her and where she went.

After her success with The Miseducation of Lauryn Hill, the singer notably took a break from her career and stepped out of the public eye. She talked about her decision and experience with Essence in 2009, sharing that “I don’t think I ever handled celebrity. For a period of time I had to step away entirely. There were many temptations, enticements, entrapments—whether it was the dependence on image or just some false sense of security.” Hill went on to explain, “I had to step away when I realized that for the sake of the machine, I was being way too compromised.”

In 2002, Hill returned to release a live recording of MTV Unplugged No. 2.0, a two-hour album that turned out to be vastly different from what fans had come to expect from her in the past. With just her own vocals and an acoustic guitar, the music projected not just a new sound but also a whole new Hill. The reviews were often mixed at best and album did not sell well or get played much on radios, and yet it still managed to debut at #3 on the Billboard 200 and became certified Platinum.

In the mid 2000s, there was an attempted rekindling of the Fugees after a European tour together in 2005, but reported tensions amongst group members and creative differences led to the three once again parting ways before they could actually record a new album.

Over time, while Hill did sporadic touring and recording, she devoted more of her energy to activism (and has even founded her own organization, the Refugee Camp Youth Project) and being a present and active mother for her children in her hometown of South Orange.

However, it seems that as a negative byproduct of her desire to get underground and off the grid, Hill let some of the duties of regular life slip, as in 2012 she was tried and plead guilty for tax evasion and fraud. This eventually led to a 2013 sentencing of prison and house arrest for three months each.

While most of the drama seems to be behind Hill, she seems content to stay out of the limelight and mostly let her performing past as a world-renowned star be kept in the past. Instead, Hill seems more content to let her legacy and music continue on in the spirit carried on by her daughter, Selah Marley, who has been dropping original music on Instagram and SoundCloud and garnering attention as both a singer and model already at the age of 21.

While it seems that Hill and Marley did not always see eye to eye as the latter was growing up, Hill seems very open to her daughter following her own path and ways to express herself. We can only wait and see if she, too, ends up following in her mother’s genre-defining footsteps.